To protest or not to protest? Three journalists give the same answer 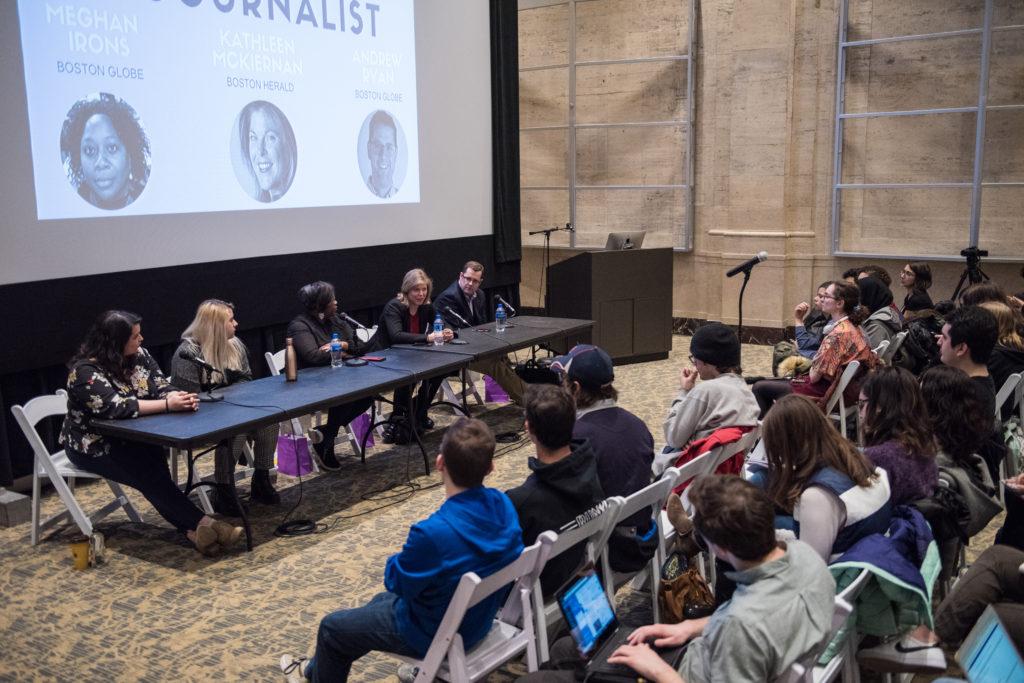 In the midst of the March for Our Lives movement, journalism students gathered for a panel organized by the Beacon to hash out the ethics of protesting as working members of the media industry.

Editor-in-Chief Allison Hagan and Managing Editor Laura King moderated the event before opening it up to questions from the audience.

“Our campus is situated right across from Boston Common, where, as we know, a lot of protests are happening all the time,” Hagan said in an introduction to the panel. “So it’s important to us, considering these things, to know where we stand as journalists.”

When asked by King about the ethics of protesting, Ryan summarized his position with just one word—no.

“I think you have to choose,” Ryan said. “You can’t protest something, put a bumper sticker on your car, hold a sign in a rally and then say you’re covering that as an objective, unbiased reporter.”

McKiernan and Irons both agreed with Ryan ’s position on activism.

Besides her own personal philosophy against protesting as a journalist, Irons said the Globe does not allow reporters to publicly display their own political beliefs, whether it be through a bumper sticker or on a Twitter feed.

“We have a reputation to uphold to the public that we are going to cover news in a fair and objective manner,” Irons said.

Irons said her activism shines through when covering different communities as a social justice reporter. Rather than only portraying one side of an argument, Irons suggested telling stories through a whole range of perspectives.

Khan appreciated all the nuggets of advice the journalists gave during the panel. After asking a question about covering different beats, Ryan encouraged Maysoon to cover the crime beat because it requires learning of all the necessary journalism skills a young reporter would need.

“Events like this give [journalism] students a better grasp of what they’re going into,” Khan said. “This event [made] me think more about where do I draw between being an activist and a journalist.”