Traversing grief in a pandemic 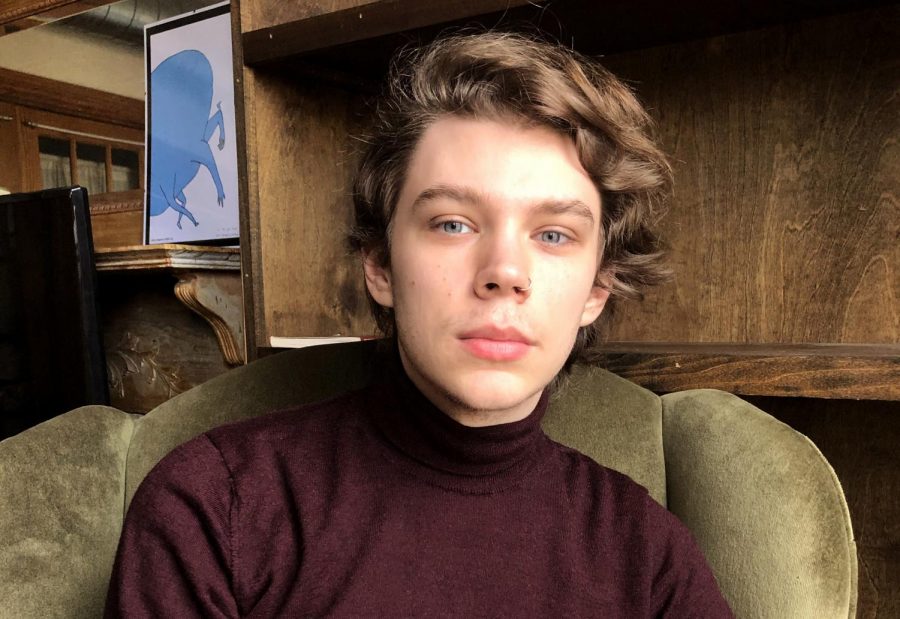 Unfortunately, collective grief comes alongside numbness. We, as a human collective, when overwhelmed with so much sorrow, seem to have an “off” switch.

While scrolling through Twitter—a passive and frequent pandemic pastime—I’ll see tweets along the lines of “We survived 2020; that’s something to celebrate.” While of course, that is something worth celebrating, I can’t help but think of the grand scale of losses from the past year.

What of those that did not survive 2020? Those lives who were cut short from a pandemic and neglected by a government who believed COVID would just “blow over.” What of those who lost loved ones and are still reeling from the grief?

Since the pandemic began a full year ago, 2,620,416 people across the globe have died as a result of the virus. A number which, when put into words, makes the pandemic seem more concrete and visible. It’s a number without a physical representation, the human brain cannot fathom two million people. The deaths in the United States alone make up 540,297 of that two million, 21 percent of all COVID-related deaths.

Each of those individual deaths matter, and each of those deaths have a name, a family and a story attached to them. A meal that will never be made again, an empty recliner and a song that goes unsung.

Unfortunately, collective grief comes alongside numbness. We, as a human collective, when overwhelmed with so much sorrow, seem to have an “off” switch. It’s easier to shut it all out than to fully process what over two million deaths, many unnecessary and avoidable, truly means. We have a moral obligation to remember the amount of people lost, and to hold those accountable who enabled mass death.

That being said, in the U.S., not all grief is carried the same. Black Americans and Indigenous Americans have experienced loss at a scale greater than any other racial demographic in America. Black Americans have accounted for 15 percent of all COVID-related deaths where race is a known factor, 1.5 times the mortality rate of white Americans, according to The Covid Tracking Project.

The feeling of loss during this pandemic is not one concrete feeling. It is anger, it is grief, it is numbness and it is fluid. Do not beat yourself up if you find yourself becoming numb to cope; it is something that we’ve all had to do. We are experiencing overwhelming waves of grief on a societal scale, the likes of which have never been seen in the contemporary age.

But something happened to the phenomenon of collective grief in response to the pandemic—it has become politicized and capitalized. Commercials for services and products will rally its audiences around a communal duty to “do our part” and make a quick buck, profiting off of pathos. The lives lost to COVID became political pawns in the House of Representatives and Senate. A CBS News Battleground Poll found 57 percent of Republicans said the number of COVID-related deaths in America to be “acceptable.”

A common pattern of rhetoric that I’ve seen in the recent months is “how do we move on?” I don’t think “moving on” should be part of the equation just yet. Grief is an open wound that not only needs to heal, it needs to be stitched back together with intent and allowed to scar over. The wound one day may be healed, but that scar will always leave a raised, off-color reminder of the hole that was once there. So long as our grief is being profited off of or being used for political gain, it cannot heal.

This is not a new trend— deaths on a grand scale have always been politicized. When the planes crashed into the Twin Towers on September 11, 2001, the lives lost were quickly mourned by public officials, then used as a reason to initiate war, causing a grander loss of innocent life in its wake. Ashes to ashes, terrorism to more terrorism. The cycle of tragedy into healing has been turned into a Catherine’s Wheel, slowly and painfully turning at the hands of those in power.

The deaths resulting from a pandemic seem to trigger a different type of grief than deaths from war or terrorism. With the latter, there’s a defined enemy and target to blame, with that comes a pre-made formula for justice. Kill the baddies, the lives are avenged. But the tragedy of this pandemic is that it does not come with one concrete solution to mourn the dead. Who do we blame? Who do we hold accountable? Most importantly, how much more can we take?

In an article for The Atlantic, journalist and historian Garrett M. Graff writes, “the deaths of 2020 wiped from our national memory in shame, an embarrassing chapter in which our government failed us and we failed our fellow Americans.” There is a sense of frustration that comes along with this pandemic; those of us who have stayed vigilant, worn masks and socially distanced look at the people who are reckless and are left saying, “what’s the point?”

The point is to care. Care for yourself, care for your community and care for the world around us. Care is the antidote to apathy, and apathy is the silent killer. So please, celebrate the miles we’ve traveled in combating COVID, but don’t forget the lives lost along the way. When telling the story of COVID twenty-odd years from now, we need to make sure we’re telling the whole story.