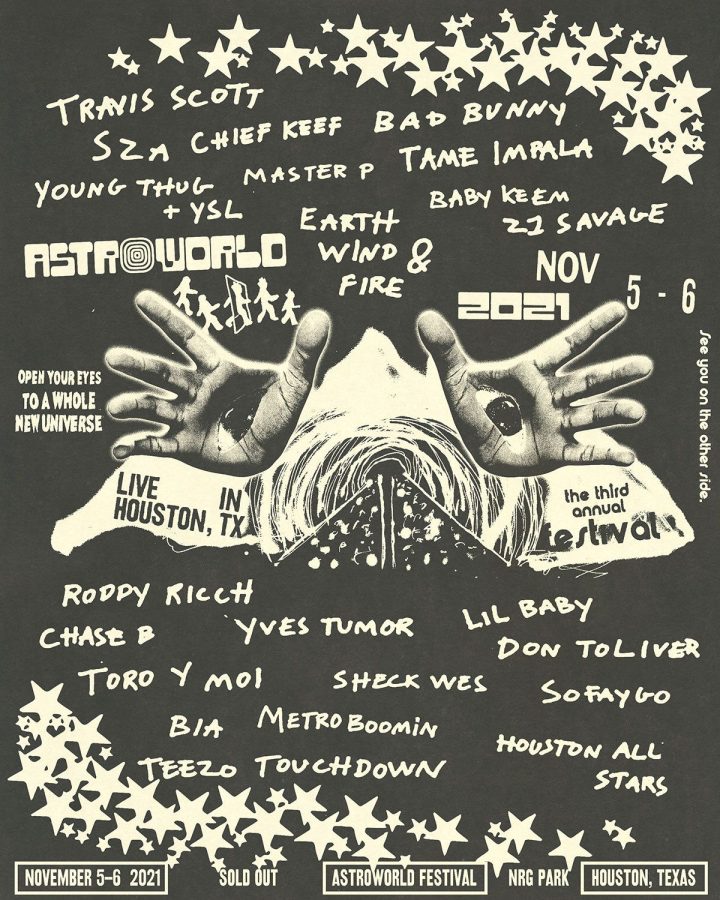 A year ago, or even a few weeks ago, believing people shouldn’t die at concerts wouldn’t be considered remotely controversial. But after eight people died at Astroworld in Houston on Saturday, it seems to be a possibility. Why?

Houston rapper Travis Scott hosted the weekend-long event in his hometown. The festival featured performances from artists including SZA, Lil Baby, 21 Savage, and Earth, Wind and Fire in addition to Scott. More than 50,000 people attended the first day of the festival, which was cut short after crowd surges and violent mosh pits killed eight audience members and injured several others.

Since Saturday, Scott fans and haters alike have taken to social media to share their take on what happened. Videos surfaced showing Scott performing with people lying faint on the ground beneath him and other festival attendees receiving CPR. At the mid-performance mark, the venue was full of fans who could be heard chanting “stop the show,” a plea Scott ignored for the next 30 minutes. Despite all that, Scott still has a number of loyal fans defending his name.

While a part of the tragedy that unfolded at Astroworld is due to Scott’s neglect of venue safety, lack of security, and a small staff of medics, the real problem is rooted in Scott’s toxic, long-term relationship with his fanbase.

How do fans become so enamored with an artist they’re willing to kill each other to get close to him?

Before the Astroworld tragedy I considered myself a Travis Scott fan. Astroworld has held a place in my top five albums every year since its release in 2018, and my playlists contain plenty of Scott songs and features. If I’d been in Houston, I probably would’ve tried to get Astroworld tickets.

While I fully believe Scott should’ve stopped the show, it would only have put off the inevitable. What happened at Astroworld was bound to happen at one of Scott’s concerts and very well could’ve occurred the following night.

Just look at Scott’s performance history. In 2015, he encouraged fans to jump the stage at Chicago’s Lollapalooza festival, an offence for which he was later charged with reckless conduct. In 2017, Scott was sued by a fan who was paralyzed after being pushed out of a window and onto the stage at one of his shows.

While Scott never directly harmed a fan, he perpetuated a rhetoric so powerful and violent that audiences put each other in danger just for the chance of gaining his attention. It’s this same rhetoric that fostered the violence at Astroworld. And it’s this rhetoric fans need to reevaluate.

Scott is one of the most popular rappers within the rap genre, with over 44 million monthly listeners on Spotify. He’s known for his distinct auto-tune and high-energy live performances, which only seem to keep getting crazier.

Despite this wide range of listeners, the internet pegged Scott’s primary fanbase as young adults, particularly white high schoolers and college kids from the suburbs— people who have no personal experience with lots of the content Scott’s music discusses. His years-long development of a music culture centered around rage both catalyzed his rise to fame and his audience’s descent into chaos and violence.

The narrative that makes Scott’s music popular is exactly what makes his crowds so dangerous. Scott also built his fanbase on exclusivity and competition— concepts that trickle into his fanbase and perpetuate violence among it.

His merchandise is credited with his prolonged presence on the Billboard top charts. Scott has also partnered with cereal and sneaker brands and had his own limited-edition McDonald’s meal. His constant, long-term branding made him a household name, simultaneously providing his fanbase with plenty of opportunities to express its loyalty and support.

If fans are willing to spend $150 on a sweatshirt, hundreds more on sneakers, and collect everything from cereal boxes to McDonald’s meals, what else are they willing to do for their idol? Over the course of his rise to fame, Scott built a fanbase so large and dedicated that it became legitimately dangerous.

And he’s made it evident he is not as loyal to his fans as they are to him.

Concert safety consultant Paul Wertheimer deemed Astroworld unsafe almost immediately after seeing videos of it, according to an article from The Los Angeles Times. He noticed several design flaws, including general admission festival seating and metal barriers to keep fans away from the stage— a combination he said would likely crush audiences at overcrowded, chaotic events.

General admission festival seating meant large crowds packed into small areas fighting for the best possible view, which worsened once the venue was packed at a hazardous capacity before Scott even came on stage. When he did, the crowd rushed forward, trampling some members and suffocating others.

Scott also created no age limit for the festival. Two of the eight victims were children, aged 14 and 16, with one victim at 20, two at 21, two at 23 and one at 27, according to Harris County Judge Lina Hidalgo.

Aside from tweeting an apology, posting a brief video on his Instagram story, and offering to cover the cost of the victims’ funerals, Scott has been relatively quiet. He could have used this incident as an opportunity to address why Astroworld ended the way it did, but didn’t— further illustrating his flagrant disregard for the wellbeing of his fanbase. This means a tragedy like Astroworld could very well happen again, and Scott will face little to no consequences.

Scott is irresponsible as an artist. The real problem is he’s cultivated a multi-million-person fanbase that’s equally irresponsible. Scott fans need to understand and reconsider the power he has on them.

The Astroworld tragedy feeds into the idea of people blindly following their idols without ever holding them accountable or questioning their actions. It sparks a larger conversation about rappers’ rhetoric; after all, plenty of rappers with platforms built on the rage— think Playboi Carti or Lil Uzi Vert— have hosted high-energy performances where entire audiences have made it out alive.

The tragedy at Astroworld has sparked a larger conversation about holding artists accountable, instead of canceling them. What does the future of Travis Scott look like?