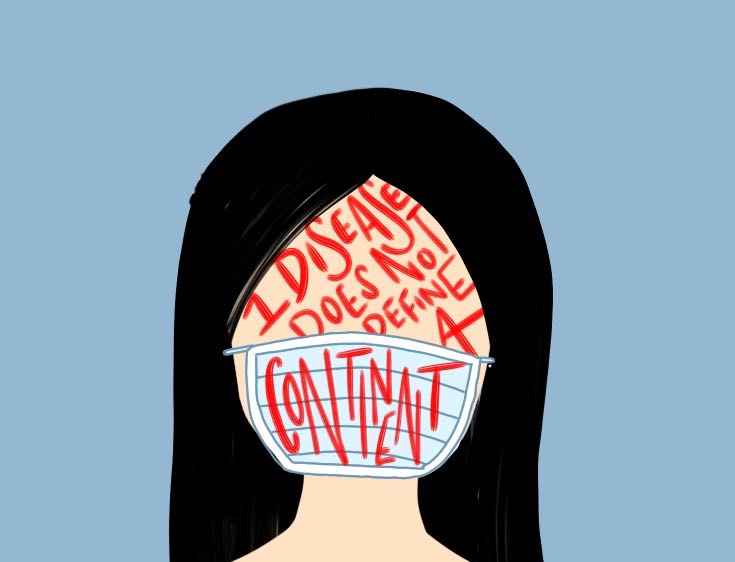 It’s been more than a month since the first report of the novel coronavirus from Wuhan, China.

According to the World Health Organization’s latest Novel Coronavirus Situation Report, as of Feb. 3, there have been 17,391 cases confirmed, of which 17,238 are reported in China. The number of reported deaths is 361, adding 57 more to the total from the day before.

The coronavirus, also known as 2019-nCoV, is a new strain of coronavirus previously identified in humans. As with other respiratory illnesses, an n-COv infection can cause a runny nose, sore throat, cough, fever, and other mild symptoms. It is highly transmissible and as contagious as seasonal influenza.

N-COv broke out during the Lunar New Year, the biggest festival in China, where people are supposed to celebrate and enjoy their time with their family. Instead, doors are closed, hospitals are jammed with patients, and pharmacies were mobbed up by panicked citizens. An apocalypse grew out of what many expected to be the most exciting time of the year, both in Wuhan and across the entire country of China.

When I first saw the news of the suspected case in Washington state I was very unsettled. Even though I told my friends not to panic, I worried about something much more uncontrollable—racism. I was concerned the break out of the disease would intensify people’s stereotypes and discrimination toward Chinese and East Asian looking people, which could result in more significant consequences besides the virus itself.

A week later, my fear came true: countless memes about n-COv circulated on social media. One of them is an editorial cartoon from George Osborne, editor of the Evening Standard, a newspaper based in London. It depicted a rat wearing an anti-viral mask with the “Happy New Year” written below. People all around the world started making fun of the virus and treating it as some “Chinese-only” disease as if no one outside of China will be affected. I’ve seen people saying Chinese people “deserve” n-COv because they “eat puppies,” and this virus is a “punishment.” There are also people saying “Chinese people are disgusting,” “make us sick with their shitty meals,” and “Asians really need to learn how to be humans.” One comment online even says, “I really want them in hell.”

Just as I thought the racism was limited to the internet, I got a real taste of it from my friend and through my own real-life experiences. A stranger asked my friend, an international student studying in California, why she was “not wearing a mask,” and asked her to “wear a mask just for others’ sake” after the first confirmed case in California. As for myself, I saw people around me making jokes about n-COv and Ebola, ignoring the thousands of people and families suffering from it. People also commented under my social media post about n-COv, even though my post did not relate to it. The only correlation is my user name, Xinyan Fu, an exotic East Asian name.

Many others besides my friend and myself face these massive racist attacks. On Tuesday, the entrance of a restaurant in downtown Seoul put a sign written in Mandarin, “No Chinese allowed.” And it is not the only restaurant that does so. In Canada, Chinese parents are worried about the upcoming waves of racism. Terri Chu, a Toronto resident, tweeted that “Many of us have never even been to China but know we will not go unscathed.”

Now, it seems like anyone who looks East Asian is a suspect of having the “Chinese virus.” For the first time in my life, I am scared to walk on the streets. I feel like my skin color, and the way I look, associates me with the “Chinese virus,” and wherever I go, I can feel people stare at me with fear, as if this Chinese-looking girl will transfer the virus to them.

The real problem is that many people fail to see that residents of China are the biggest victims of this n-COv outbreak, and that many people think racism is an effective method for stopping the virus. Instead of being racist, however, people should educate themselves about this new type of coronavirus, because at this point, protecting ourselves from the virus also protects our families and friends.

First off, stay aware of the latest information on the outbreak. Many resources online, including the World Health Organization’s website, include updates on n-COv. Second, wash your hands frequently, especially after using the MBTA and public bathrooms, because it could help kill the germs and viruses on your hands and prevent possible infection. Thirdly, avoid going to crowded places and maintain a reasonable distance between yourself and other people while socializing, since sneezing and coughing most commonly passes the flu or viruses to others. Last but not least, seek medical help if necessary. Please don’t wait until it is too late.

Most important of all, educate yourself and the people around you. Ignorance won’t help us overcome n-COv. It would only push us to sink further into the endless suffering of pain.