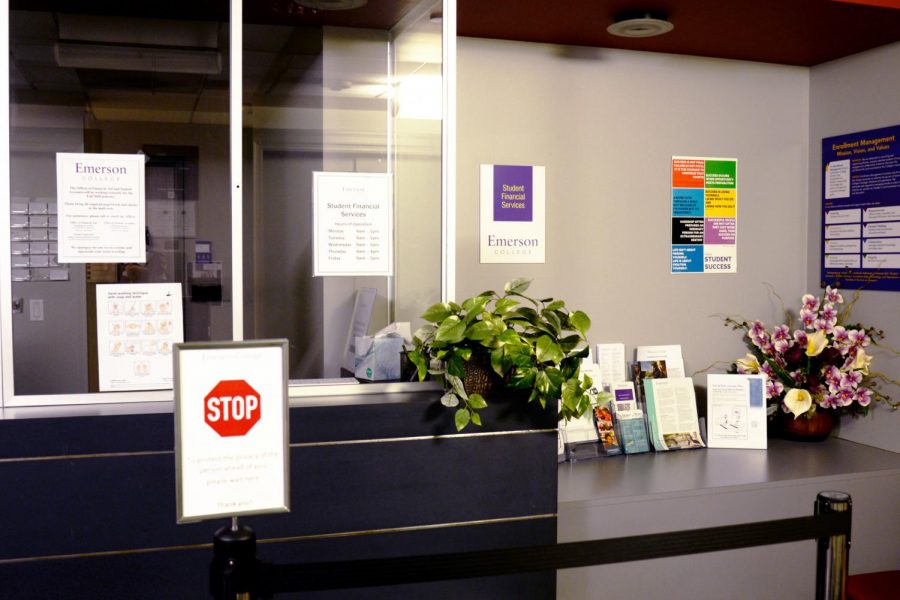 As many Emerson students might be aware, at the beginning of March it was announced that tuition will increase for all undergraduate students for the second consecutive year. While already battling financial uncertainty during a pandemic, students must now make even bigger sacrifices just to stay in school.

Recently, the administration released the Fall 2021 residential meal plans, where students are no longer allowed to use their cards for anything other than dining provided by the school. This means no El Jefes, Garbanzo, or Tatte with prepaid board bucks.

Although in the grand scheme of things, losing our board bucks is insignificant when discussing tuition and the massive increases students have been subject to — 56.37 percent in the last decade, The Beacon reported. It’s still important to discuss what conversations this starts and why we should be having them. We need Emerson to take their students’ financial security seriously, and this new online protest brought about a few interesting key points on where to start.

This new rule ignited a second wave of students on social media attempting to form a strike protesting tuition increase amidst this new development. Rising sophomore Priscilla Beltran started a link tree on Instagram where students can sign a petition, share their thoughts, and join other meetings to discuss what to do next.

During the first meeting, the main talking points surrounded the student body’s present demands. These include an itemized list of how funds have been distributed throughout Emerson, a demand for locked-in tuition and the formation of a student union, and finally, more financial aid for international students.

As an international student myself, I can appreciate the inclusion of this last request. I constantly have to fill out different forms and applications for grants, loans, or scholarships where the institution that knows I am Dominican and has full access to my financial situation still needs me to explain why I need the aid.

One key distinction in the experiences of international students is the varying income levels in different countries. However, what really forms this distinction is how income varies from annual income per capita. In the U.S., it’s $33,000 versus in the Dominican Republic, where I live, it’s $7,000, so obviously, tuition carries more weight for those of us from outside the U.S.

Another interesting request brought up during this meeting was the “itemized list of where the money is going and accountability for that money.” It seems unrealistic for the College to provide said list, of course, however, I would be lying if I said I didn’t want to know.

Because Emerson College is a non-profit college, a lot of the money that would go into the community they live in can be written off. Emerson has a 501(c)(3) tax-exempt status, which according to ProPublica, an independent, nonprofit newsroom, allows for federal tax exemption of nonprofit organizations. This allows for the exception of federal income tax where donors can claim their contributions to the organization on their annual tax returns.

In addition, only ten of the executives listed on Emersons Tax filing make more than 200,000 dollars as their total salary. Knowing all this, Emerson college is still 66 percent more expensive than the national average tuition for a private non-profit four-year college, according to CollegeCalc.org.

Needless to say, where our money goes and how much of it plays into tax deductions and exorbitant salaries can play into the argument that tuition should be redistributed and/or transparent.

Especially since, as stated in a previous Beacon article, only 9.4 percent of need-based financial aid at Emerson was fully met, even though 63.3 percent of students applied for financial aid for the 2020-21 school year. Approximately 52 percent of students took out loans averaging $12,481 a year, adding up to $49,924 over four years, according to College Factual. The average Emerson student’s level of debt is close to the average salary of students who graduate with a bachelor’s degree —  about $46,600 a year.

So how is tuition increase justified? During the pandemic, it was said to accommodate testing and social distancing measures. During that same year, according to a previous interview by The Beacon, the College also filed two permits to renovate Little Building for cafes and bakeries, and those projects were valued at $1 million each.

How is it that our university could accommodate these unnecessary additions to the campus, no matter how good the food is, and advocate that tuition increase is for COVID-19 prevention?

It seems naive or like a pipe dream for anyone who is used to the decadent greed that is private education in the United States to ask when and where their money goes. Yet, we cannot deny that the more tuition increases, the more it seems impossible to justify.

It might also seem silly for a movement on such a heavy topic to arise because we can no longer use board bucks for an eight-dollar burrito, however, the question still stands, is tuition increase justified?

If so, why is it that our university cannot provide us with an actual explanation? Why is it that for a school where 63.3 percent of students apply for need-based financial aid, less than 10 percent have those needs fully met? If Emerson wants to continue in its efforts to make their campus inclusive, they need to bear the financial burden.

This is not to disregard the fact that if students want this to change, there should be a much bigger outcry than just petitions and Zoom meetings. The student body has monetary power and it should be no surprise that, if used properly, that power can actually do something.