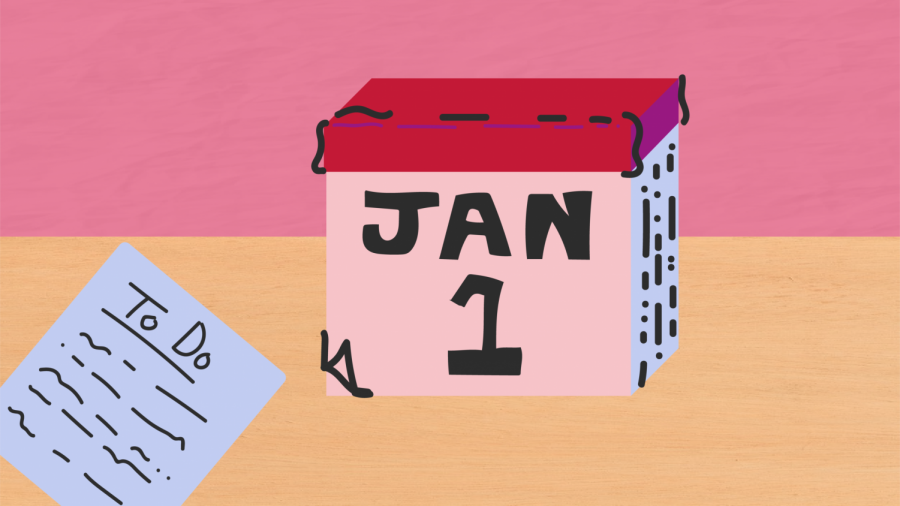 Counting down to 2020, I’ve started drafting the list of my New Year’s resolutions: read more books, go to the gym every day, get more sleep. But these mirror the plans I had for previous years. And like the past few years, I fear losing track of my progress of these goals only a week after I set them.

I’ve spent a lot of time blaming myself for ignoring my New Year’s resolutions, and I found I wasn’t the only one. According to Forbes and U.S. News, only 25 percent of people remain committed to their resolutions after 30 days, and about 80 percent of resolutions fail by the second week of February.

People make New Year’s resolutions because they yearn for new beginnings. However, few people hardly follow the serious commitment needed for goal-setting. They are stopped by false hope syndrome, a psychological term that describes when people create unrealistic expectations for self-change. According to University of Toronto professors Janet Polivy and C. Peter Herman’s research on false hope syndrome, those afflicted have high hopes for self-improvement, but it’s unlikely that their goals turn into tangible action because their goal-setting is too vague or hard to achieve.

In my middle school classroom, the phrase “don’t let your dream just be dreams” was written on the board at the front. While dreaming big is important, it’s essential we remain down-to-earth as well to prevent false hope syndrome.

There’s more we can do to stick to our New Year’s goals, like creating a sustainable guideline for ourselves to follow. I remember one of the resolutions I wrote as a kid was to be the president of China. Then my parents asked me a question: “Any plans?” Of course, I had only written it for fun. But when I was old enough, I realized the true meaning behind my parents’ message—it would be impossible to make anything happen without determination and genuine planning.

Yet, all big New Year’s resolutions can be accomplished by focusing on smaller goals. By breaking down a long-term goal into more manageable tasks, it’s easier to put actions on the calendar and get started. For instance, if I want to work out more in the new year, I probably also need to define each subsect of my workout (e.g., building core strength or running on the treadmill, etc.) weekly or monthly. This way, I could keep track of my process toward my goal of going to the gym everyday.

More importantly, starting with smaller goals helps to build confidence for further achievement. Once the small goal’s implementation is on track, giving oneself rewards is one of the best ways to provide “the feeling of pride, the feel-good and happiness factor” and make one “want to go further towards the next achievement,” writes Jenny Marchal for Lifehack.

Perseverance is also essential to achieving smaller tasks and, eventually, a long-term goal. It takes time and patience to let the flower of a goal bloom. For me, one of my 2019 resolutions was to get into my dream college for journalism. I knew I achieved it by working hard throughout high school. Now here I am at Emerson, and I’ve started thinking about what my next ultimate goal would be. It could mean an internship or a job that I’d like to get, and I am excited for the day I finally accomplish this goal.

Last month, the New York Times featured a marathon runner named Memo, who is also an inspirational goal-getter during his running career. To him, the process of accomplishing a goal is all about “hard work” and “never giving up.” As I reflect upon my experiences of accomplishing New Year’s resolutions in the past, sticking with New Year’s goals is probably my priority for 2020. For all goal-makers, what’s more exciting than chasing our dreams with determination and perseverance?