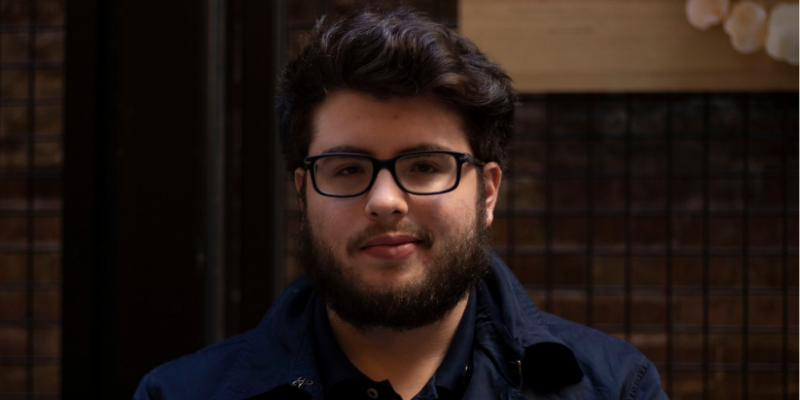 Turning Point USA—a conservative, nonprofit organization commonly found on college campuses across the country—began the recognition process with Student Engagement and Leadership and the Student Government Association this past week.

Sophomore Camilo Vilaplana reached out to SEAL in September 2018 to bring a chapter of the club to campus after recognizing a lack of space for discussing Republican and Libertarian viewpoints at Emerson. The formal recognition process for the group began last week, Director of SEAL Jason Meier said.

“Sometimes it’s hard to talk about political views in class,” Vilaplana said. “I wanted to create a group where people feel safe discussing their different viewpoints.”

The organization’s mission is to identify, educate, train, and organize students to promote the principles of freedom, free markets, and limited government, according to the Turning Point USA website.

Turning Point USA faced national scrutiny in 2017 over their funding and campaign tactics. As a 501(c)(3) nonprofit, Turning Point must be nonpartisan, yet the organization allegedly ignored campaign finance laws by aiding Republican Florida Senator Marco Rubio and Republican Texas Senator Ted Cruz’s presidential campaigns during the 2016 elections, according to a New Yorker article.

In 2016, a chapter of the group at Kent State University staged a protest against campus opposition to hate speech. Members wore diapers and held signs that read, “Safe spaces are for children,” according to the same New Yorker article.

“Protests happen—it’s a right-wing group,” Vilaplana said. “I have heard about the concerns regarding their funding tactics, but we’re not concerned.”

Vilaplana, who will act as the group’s president, said if Turning Point receives the college’s recognition, he hopes to run it differently than other collegiate chapters, citing Emerson’s different political environment compared to state schools.

“We want to build a dialogue with members and those outside of the group,” Vilaplana said.

Vilaplana said he looked into multiple groups to try and bring to the school, but Turning Point USA had the best connections with speakers who could come to campus. While there are no official plans for who the group may ask to speak at the college, Vilaplana said he worries about what such an event would look like.

“This was one of the first things I talked about with Jason Meier,” Vilaplana said. “We talked about possibly having backup from [the Emerson College Police Department] if speakers come in. We want to try and build a good reputation for the group first and communicate, instead of just being loud.”

SGA previously reworked how organizations receive recognition from the college. This semester, the process includes SEAL in the decision-making process to have more flexibility in supporting student needs, Meier said in an interview.

Starting in spring 2019, SEAL must first approve an organization for affiliation before it can receive SGA funding. To begin the process of becoming recognized by the school, the organization must have a name, a faculty advisor, a constitution, and at least five students, Meier said.

“Students who come to us with the idea for an organization must show us that they have a plan for growth, a plan for engaging in the community, and a plan for organizational sustainability,” Meier said. “We need them to show us how they’ll thrive on campus.”

Vilaplana said over 20 members have joined the group since he put flyers up in campus buildings, and they’re in the process of meeting with potential faculty advisors.

Junior Holden Bender-Bernstein learned about Turning Point USA’s plan to come to campus through fliers he saw posted around the school.

“I’m less upset that the group exists in Boston and more that they have already made a platform for themselves on our campus,” Bender-Bernstein said. “I know this group has made people uncomfortable already.”

Vilaplana said Turning Point members at Emerson have already been called “Nazis” by other students on campus and kicked out of various closed Emerson Facebook groups.

“The criticism we’re getting is out of bias, and we don’t think it’s fair at the moment,” Vilaplana said.

Bender-Bernstein reached out to SEAL with his concerns through Facebook. SEAL responded, explaining the group has a right to assemble, but if they violate the policies on bias listed in the colleges Code of Community Standards, he can submit a formal report. Bender-Bernstein said he identifies as a transgender male.

“As a cis-passing person, I feel that it is my job to stand up and say something about this group,” Bender-Bernstein said. “Regardless of political affiliation, I think that there should not be a space made for hate.”

Despite the controversy surrounding the group, Meier said the college needs to support and recognize all of its students.

“We have a responsibility to everyone no matter political affiliation,” Meier said.

Bender-Bernstein said he recognizes Emerson’s Turning Point USA chapter is not breaking any rules yet, however, he wants to deal with the group in an assertive way.

“This group is an active threat to students of color and those in the queer community,” Bender-Bernstein said. “We need to hold ourselves accountable for our peers who are marginalized.”