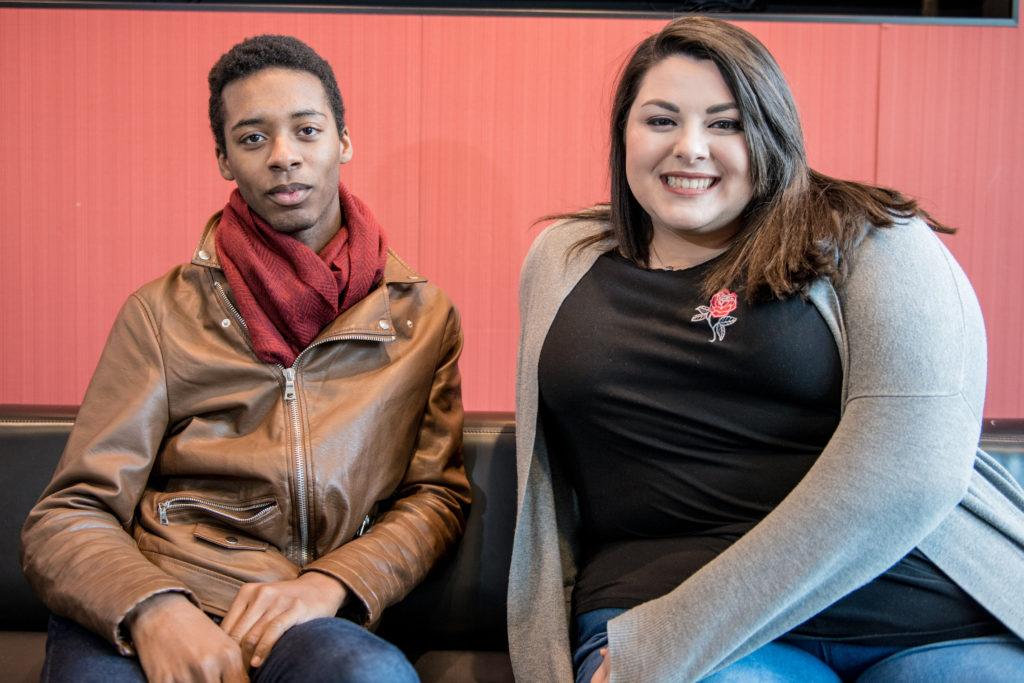 Two SGA candidates run against each other in the first opposed election since Spring 2015. Photo: Daniel Peden for The Berkeley Beacon

Polls for the Student Government Association election opened midnight March 28. The race for executive president pits SGA Class of 2019 President Jessica Guida and Class of 2020 President Christopher Henderson-West against each other.

The executive president serves as a representative for the entire student body and presides over weekly joint session meetings. Additionally, the president meets with various members of the administration and determines which student issues SGA should focus on.

Guida’s name will be the only one to appear on the online ballot while those voting for Henderson-West will need to manually write-in his name.

In the past year, SGA members have attempted to increase their relevance and visibility within the student body. Write-in candidate Henderson-West said his first step toward increasing visibility would be working with organizations directly and attending their events as a representative of SGA.

“So actually, going out to these meetings or to residential floors and figuring out what do people need, what do they want in order to help maintain those relationships,” Henderson-West said in an interview. “My goal would be to make sure that we’re co-hosting a lot more … that [SGA is] taking more of an active and proactive role in the Emerson community.”

In the past week, SGA discussed ways to make the Board of Trustees more accessible and commented on an apparent lack of communication between the Trustees and students. Henderson-West, who is also the interdisciplinary senator for Protesting Oppression With Educational Reform, said communicating with the Trustees presents a challenge because they are not located on campus and are not part of the on-campus culture. Henderson-West is also the co-president of Emerson Alliance of Gays, Lesbians, and Everyone.

“[The Trustees] all have these idealistic views,” Henderson-West said. “I think first you have kind of break those rose-colored glasses that they have about Emerson and about the Emerson student experience.”

Henderson-West proposed establishing a sense of comradery with the Trustees and SGA to find a better way to communicate and make them willing to talk outside of the semesterly breakfast meetings and luncheons.

“Because I think after the last meeting they are kinda starting to realize that the communication isn’t the best between students and them,” he said.

Guida is a balloted candidate utilizing social media to reach a large demographic of students.

Guida said because of her access to many different Facebook groups, such as the group of students admitted in the spring of 2018, social media seemed the obvious choice for reaching students.

“I’ve been trying to utilize social media a lot because, obviously, we are all very busy people and there isn’t a central place on campus all the time to access everyone,” Guida said.

Guida also said she reached out to people in her classes to garner potential supporters. She said she plans to reach out to incoming students next fall with information on SGA to increase the organization’s visibility.

Guida will be on core staff for Orientation this summer, which means she’ll be involved in the programming for first-years. She said she is lucky to have the opportunity to push SGA in different ways to new students. She said she wants to host an SGA information session and send an email to the entire freshman class to introduce the organization’s role at the college.

“I really think that’s important to do at the beginning of the year because that’s when people are still trying to figure out what they want to do,” she said.

To cast your ballot in the election visit vote.emerson.edu.