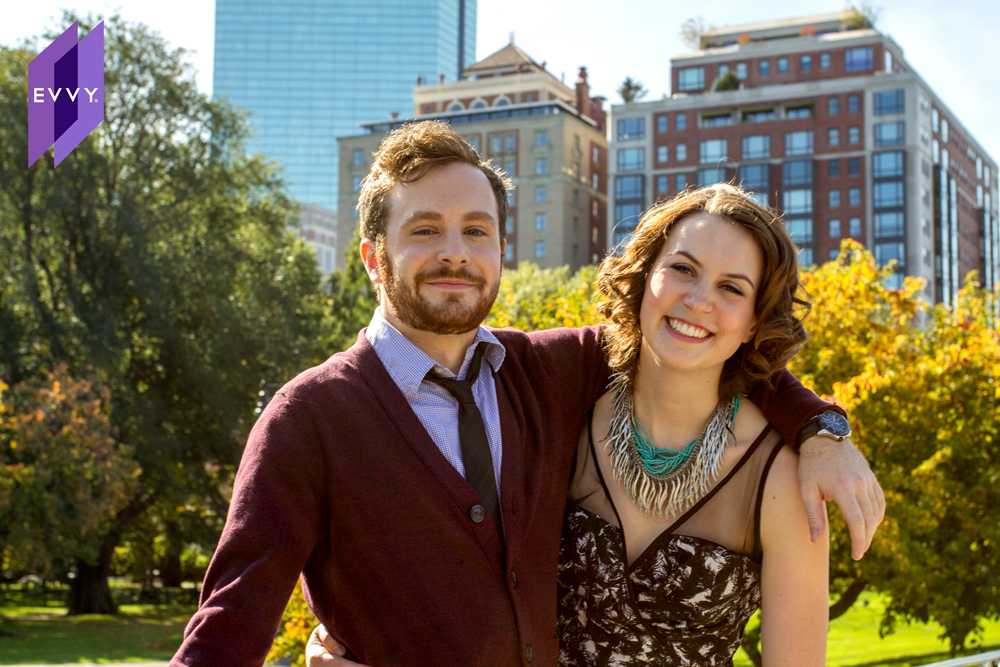 Jeff Mitchell and Lilliana Winkworth were chosen as co-hosts for the 32nd annual EVVY Awards after auditioning with over 60 other hopefuls, according to Cara Ostrow, an executive producer of the show.

Ostrow, a senior visual media arts major, said that this year the awards show is looking to make a push towards comedy, which was a large factor in choosing Winkworth and Mitchell.

“We are focusing the show a lot on comedy, and trying to bring out the comedy side of Emerson this year, so having those two as representatives felt like the right choice,” said Ostrow.

“Jeff and Lilliana, especially together, just had great chemistry, and we liked the fact that they are both seniors,” said Ostrow. “You can feel their experience in their stage presence, and they both had a lot of experience with comedy.”

The process to become host consisted of an initial audition, followed by three callbacks, according to Ostrow.

“It was a little bit of an intimidating process, because they would put us into a separate room and have us just wait and hang out with everybody, until someone would beckon us in,” said Mitchell.

Winkworth said that the last callback was the most intimidating since it was in front of Kevin Bright, Emerson alumnus and show advisor. Once it was over, they didn’t know the outcome for three days, she said.

The first audition began with an original comedic monologue that the applicants had to perform, and both of them told stories, according to Mitchell. Then for the callbacks auditioners had to read scripts from past EVVYS, sing, and do some improvisational comedy.

“It was a lot of ‘Pretend you are in front of 1200 people’ when you are really in front of three,”  said Winkworth.

Mitchell, who has never participated in the EVVYs before, said he wanted to join the show this year largely because of the expanded comedic aspect.

“I heard that the whole idea for this year was going to be a very comedic kind of EVVYs, rather than in the past [when it]was more of the spectacle,” said Mitchell. “So I thought I’d give it a try.”

Winkworth said that this is her fourth year working for the EVVYs. During her first year, she said she worked as a costume assistant.

“I was terrible because I’m not a costume major, and everyone else who was in the costume department hated me because I couldn’t sew, I couldn’t do anything but I just wanted to be involved,” she said.

Both hosts said they are very excited to perform on the Cutler Majestic Theatre stage.

“The Cutler Majestic is awesome, and as a theater major, I was always like, ‘I wish I could perform on the Cutler’ — and now I can.” said Winkworth.

In preparation for the big day, the hosts will appear in promotional advertisements, complete photo and video shoots, and attend writers’ meetings.

Most recently, they have been working on a video for the stand-up comedy competition. The first round of auditions begin Saturday.

“If you look at the trend in award shows, comedians are usually the hosts,” Ostow said. “It’s a three-hour show; you want it to be as funny as possible and really make people laugh.”

There are currently 20 students signed up to audition for the stand-up spot, said Ostrow. On Nov. 15, 10 of the comedians who have progressed through the first audition will be filmed, and their videos will be posted for the Emerson community to vote on. The winner will perform the warm-up before the live broadcast of the show and will have a slot at The Comedy Studio in Cambridge the week before the EVVYs, according to Ostrow.

Winkworth said she is excited about all the new changes to the EVVYs this year.

“It just seems like the most perfect way to end your Emerson career,” she said.