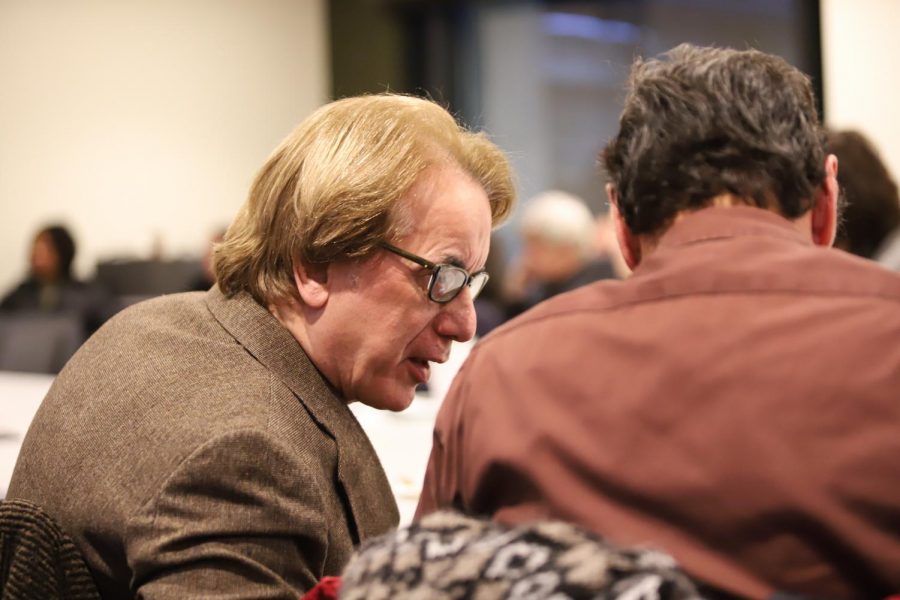 Faculty and staff union leaders clashed with President M. Lee Pelton as they demanded representation in the discussions surrounding the proposed merger with Marlboro College at a Faculty Council meeting Thursday.

The meeting, which ran for two-and-a-half hours, grew increasingly contentious when Barry Marshall, president of the union representing affiliated faculty, said he didn’t understand why union leaders had not been involved in discussions of the merger.

Pelton said because all faculty are unionized they inherently had representation in discussions surrounding the Emerson-Marlboro merger. Marshall said faculty on the working groups are representing themselves and urged that top leaders of the unions be involved.

Marshall said he worked hard to get union member and affiliated faculty Jamie Lichtenstein into one of the working groups. She serves on the working group on curriculum for the Institute For Liberal Arts & Interdisciplinary Studies.

Pelton said he would note their suggestions.

“I’m not going to argue that, so I’ll take that as a friendly suggestion that has some merit on the face of it, as far as I’m concerned,” he said.

Visual and Media Arts Representative Cher Knight said many of the faculty in her department had come to her with concerns about curriculum planning and the stability of their jobs.

Knight said faculty devote a lot of time and effort into planning courses and overall direction of the department’s programs based on the resources given to them. Knight said the integration of Marlboro faculty would upend planning. She also said many affiliated faculty expressed anxiety to her about being replaced by incoming Marlboro professors.

“There are affiliated colleagues who are doing fantastic jobs who I have worked with for decades, and I worry that these people who actually know the ethos of the Institution, have taught here for years, have been dedicated to the place, and have the curricular expertise that we need and teach in the fields that we need are not going to be invited back,” she said. “All of these concerns are worrying because we believe in shared governance and the faculty are so committed to what we’re doing—it still feels unclear what our involvement is and what it could be.”

Pelton said the working groups will include existing faculty committees within Faculty Assembly but did not specify which ones. Provost and Vice President for Academic Affairs Michaele Whelan said during the meeting that these committees are controlled by Faculty Assembly and urged Faculty Council to change the composition of the committees if they wished.

“You are in charge of the assembly bylaws, and if you feel that the structure overall of the president and provost’s council in the future should be different, then that is your purview to decide and make that adjustment,” she said. “We hear what you’re saying now about who’s on it and who’s not and what that means. What I’m saying to you is, those are your bylaws, this is your committee, and if you would like to change that for the future, you are welcome to do so.”

After the meeting, Knight said she was encouraged by Pelton’s response to the criticisms.

“We appreciate that he seemed committed to trying to listen to our concerns, particularly with issues of curriculum and individual departments and a call for some different forums and faculty representation,” she said. “So I think that we all want to move forward, both the faculty and the administration trying to make that happen.”