Unity in America is a far-off dream 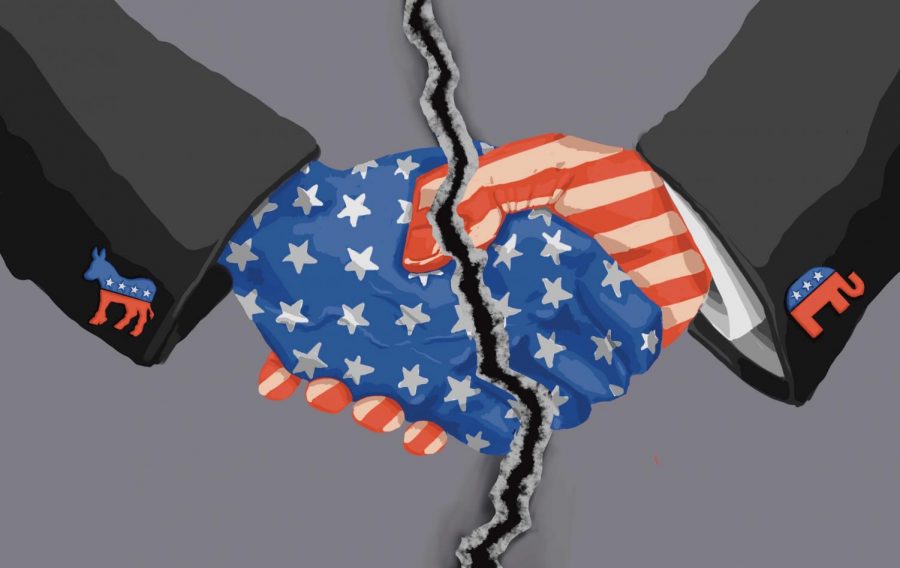 Calling for unity in America—to once again use the trite politics-as-a-sport metaphor—is like calling for peace in the middle of a football game. It isn’t going to happen.

On Jan. 20, President Joseph R. Biden Jr. stood in front of the Capitol Building and gave his inaugural address. His words had a resounding theme, one that I wasn’t surprised by but was still startled to hear. He spoke of a unified country under a common goal. But unity in America, at least in the form sought after by Biden, is nothing more than a neoliberal wet dream.

“And now, a rise in political extremism, white supremacy, domestic terrorism that we must confront and we will defeat,” Biden said, whilst standing on the same steps that were mobbed by Trump supporters just two weeks prior. “To overcome these challenges—to restore the soul and to secure the future of America—requires more than words. It requires that most elusive of things in a democracy: unity.”

This country was founded on division. Wars with the British, wars with ourselves, wars on foreign land whose oil and resources we decided to pillage. We have never been, nor will we ever be, unified. Especially not during such a polarizing moment in our history. Unity can only be had when people agree on policy, politics, or facts as a whole. Our country has never had that—at least, not in my lifetime. That’s not to say there’s an absence of individual and community unity in America, though, and that can give us some hope.

Over the summer, millions of people took to the streets to protest police brutality—again. People chanted, marched, organized, and—at times—were brutalized by the very police they were protesting against, which hammered home the points of the protests. That, in its most basic form, is unity: speaking up and out as a united front against injustice.

I listened to his address on my phone, sitting on a bench in Boston Common, having just walked out of my first baseline COVID-19 test. I couldn’t help but laugh to myself at all the unity talk.

Lest we forget there are people in this country who actively hunt marginalized people. Lest we forget the flags and hats under which the Capitol rioters stood. Lest we forget the hypocrites who rolled into Washington, D.C. with “back the blue” stickers on their cars who then beat police officers within inches of their lives. Are those the people Joe Biden wants us to unify with?

Calling for unity in America—to once again use the trite politics-as-a-sport metaphor—is like calling for peace in the middle of a football game. It isn’t going to happen, and it would be antithetical to the purpose of the thing.

That’s not to say that division is inherently good, though. Division, at least the kind we have right now, leads not only to gridlock and a lack of quality policy but inequality in our social lives. Diversity of thought and opinion can be good but not when those opinions are disagreements of fundamental rights. Differences of opinion on economic policy are tolerable. But weaponizing diversity of thought to be exclusionary is inherently evil.

The means by which our current political landscape operates actively prevent any sort of unity. The two-party system, and the ways in which the Republican Party is actively seeking division and turmoil, is inhibiting true progress. Conversely, Democrats allow this division by condemning the GOP but not too harshly so that they can still work with them, whatever that means.

Until we as a country decide to come together and condemn white supremacy, racism, and injustice against marginalized communities, there can be no unity. Any calls by politicians for such unity should be seen as wishful thinking and not an actionable plan.