Using the purchasing power of your dollar 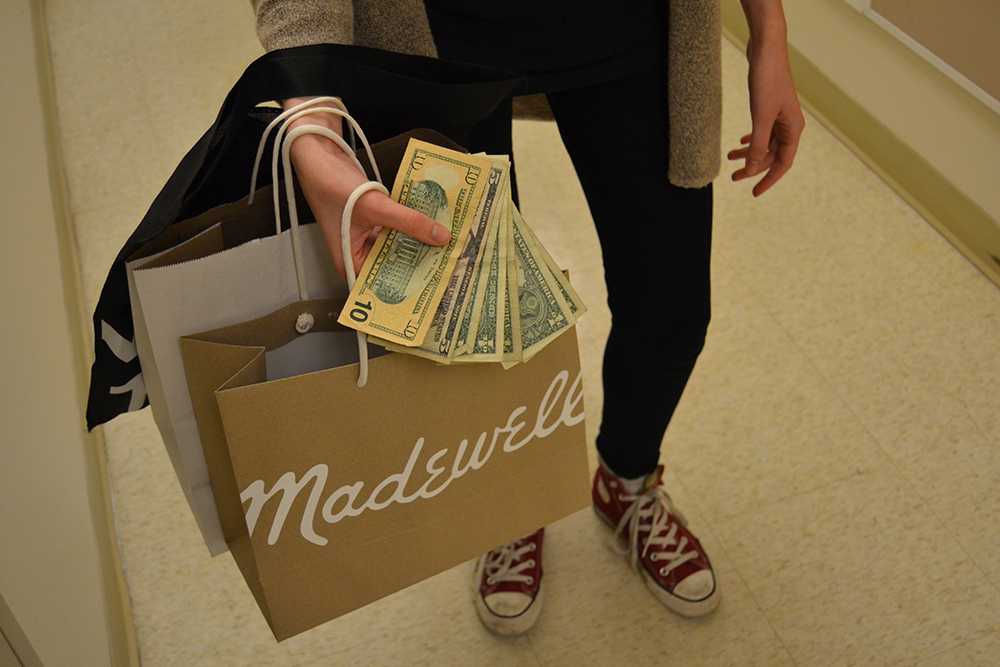 Every day I see a Primark advertisement, be it on a bus stop, inside the T, or online. And every day, I wonder about the true cost of a $28 winter coat. I believe the chain’s popularity is symptomatic of a larger issue at hand: a lack of consideration for the repercussions of retailers that function on a high-volume, low-price model. A wide chasm between cost and value has opened up in the American consumer conscience.

When I looked into Primark’s ethical policies, which they devote an entire section to on their website, I immediately became concerned. On April 24, 2013, a total of 1,134 people were killed and hundreds were injured when the Rana Plaza building in Savar, Bangladesh collapsed—a factory which produced the European company’s merchandise. Other major American brands outsourcing production to the factory at the time included the Children’s Place and Walmart.

On their website, Primark claims to “ensure sustainability is at the heart of” production, and yet they do not own any of the factories that produce their clothing. Nor did the company bother to ensure their workers’ safety by keeping the factory up to code. It has since revolutionized the way they inspect their factories, but this action comes 1,134 lives too late.

This is not to say the large retailer isn’t trying. In 2013, they launched a program in which farmers learn how to reduce water and pesticide use in the process of growing cotton. They have also joined Greenpeace’s 2014 Detox campaign, pledging to enforce a ban on priority hazardous chemicals and to eliminate all post-consumer fiber by December 2015. But these actions shouldn’t be heralded as groundbreaking when in reality, the company is playing catch-up to undo the damage already done in this fast-fashion economy.

In truth, much of the problem lies with the consumer. A study done by the University of Cambridge reported that on average, in 2006, women had four times as many clothes than women in the 1980s did, and were getting rid of similar amounts every year. According to the Ethical Fashion Forum, a website that serves as a collective for suppliers of moral fashion textiles, components, and production, on average, United Kingdom consumers—Primark’s primary customers—send 66 pounds of clothing and textiles per capita to a landfill each year, resulting in 1.2 million tons of clothing ending up in a landfill in 2005 alone. To make matters worse, man-made fibers do not decompose, and wool produces methane while decomposing, contributing to global warming.

We, as consumers, are not considering where our clothing is coming from—hence the States welcoming Primark into the country with open arms—nor where it ends up when we’re through with it. Meanwhile, we’ve begun to question the origins of our food products, with GMO’s being banned, a push for an increase in organic produce, and the local food movement. So why should the fibers with which our clothing is made be any different?

Thankfully, there are fashion companies aiming to revolutionize the industry’s production. Reformation, a company started in 2009, aims to help fashion and sustainability co-exist. They use fabrics that are created (and can be disposed of) sustainably, such as organic cotton, linen, and hemp; use fabric that was over-ordered by warehouses and would have ended up in a landfill; and emphasize use of vintage materials. They also do not outsource to factories nor do they take advantage of factory workers’ cheap labor. Ultimately, the company is setting a standard that, were it to be implemented into the fashion industry as a whole, could make significant change.

But Reformation is questionable in its own way. The costs are somewhat outrageous unless you’re willing to pay boutique prices, making this eco-friendly clothing accessible to only a small percentage of consumers. For example, a trench coat from Reformation costs $228, whereas a similar jacket from Primark costs about $30. Places like this are important for families struggling to afford necessities like wool socks or winter parkas. But, if public concern amounts to a force strong enough to push for stricter policies regarding the fashion industry, Reformation’s techniques could be implemented in a cost-effective manner.

Ultimately, whether you shop at Primark or Reformation, there are benefits and costs alike. But, if there is a push for re-evaluation in the fashion industry as a whole, problems can be mediated. The true cost of fast-fashion, and our wasteful tendencies, must be considered by the country en masse if we’re to bring about real change via conscious consumerism.