Vacancies on the SGA ballot should not be the norm 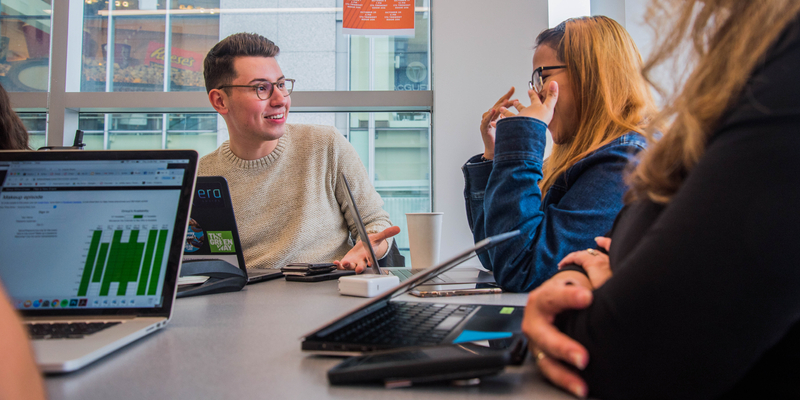 As Emerson continues to expand its academics and its campus, the Student Government Association functions as a vital pipeline among students, the administration, and the Board of Trustees. The organization oversees the student activities fund, charges itself with protecting the rights of the students they govern, and represents the interests of each class and major.

Yet it seems like every time SGA elections roll around, important positions within the organization have the potential to remain unoccupied. Some roles listed on the ballot are entirely absent of candidates. And this year is no different.

This month, the two candidates vying for the executive president position dropped out unexpectedly following Executive President Raz Moayed’s decision to step down to attend Emerson Los Angeles next semester. Will Palauskas, the current executive vice president, launched an official write-in campaign on Tuesday, only a week before elections.

Palauskas could be the saving grace for SGA—the solution to fill a vacancy that may threaten the daily workings of the entire organization. With semesters of experience in SGA, he could serve as an alternative option for voters to fall back on. But even then, his potential election to the position would leave his current role as vice president unoccupied.

The SGA operates quietly behind the curtain for our student population. However, every semester, SGA holds events to promote communication and learn more about students’ needs to no avail.

But all of us, as members of the Emerson community, should take it upon ourselves to end these recurring openings on the ballot. We owe ourselves options—multiple, qualified candidates who can be responsible for the minute decisions that allow our campus to run smoothly. As impassioned students who care about the state of our campus and its future, we should take it upon ourselves to vote, of course, but also to run.

The Beacon’s editorial board has repeatedly fought for students’ increased involvement with SGA. When The Beacon’s editorial board saw a diverse slate of options vying for the executive president position in 2015, they wrote an entire editorial commending the candidates. But more often than not, the editorial board has pressed students to up their engagement with SGA. In fact, in March 2017, The Beacon wrote an editorial titled “Please run a write-in campaign” with the same sentiments we are fighting for today. The fact that we have been writing similar editorials asking students to participate for years speaks to both poor marketing on the part of SGA and lack of community engagement in student government.

In an interview with The Beacon last April, Palauskas mirrored our concerns.

“If we can make every student at Emerson involved in student government, whether they’re just voting or actually holding a position, then that’s when we’ll actually have succeeded,” he previously told The Beacon.

Last year, the number of students who came out to vote for SGA elections skyrocketed—875 students voted in April, a 230-percent increase from years before. Unfortunately, this still means that less than half the student population voted in elections. The spring election marked the highest voter turnout since 2009. Now, we encourage those who contributed to student government by voting to come out and run for positions.

We understand how applying for these positions of power can be intimidating. The SGA appears more bureaucratic than other groups on campus because they work closely with administration. This impression makes SGA feel more “formal” and being a part of the organization brings with it significant responsibility.

Students may also be turned off by the amount of time SGA positions would command. For example, the treasurer plays a critical role in the functions of almost 100 student organizations largely on their own. Ian Mandt, who served two years as executive treasurer, previously told The Beacon he has seen executive treasurers withdraw from courses and endure panic attacks, sleep deprivation, and constant stress. He also said the job affected his academic experience at school and called for change.

These concerns surrounding the SGA positions are real and prevalent. They deserve the attention of students and faculty both inside and outside the organisation. But still, nothing is scarier than the possibility of an incomplete SGA, unequipped to shoulder the burden of the responsibilities the group is tasked with.

Arguably, SGA’s role is more essential today than ever before. This coming September, the college expects to absorb nearly 100 new students and 20 tenure or tenure-track faculty members from Marlboro College. Despite the finished construction of 172 Tremont and Little Building early this semester, construction in and around our campus continues. New global pathways programs are being added. As tuition steadily increases and our student population grows even larger, our community has as much at stake today as we have since SGA’s creation.

To leave any SGA position open—especially one that comes with as much responsibility as the executive president—would be a logistical catastrophe. Right now, it seems as if students have normalized vacancies on the ballot, but this is a dangerous pattern to fall into. We must move beyond voting while still understanding its importance. Whether you feel qualified or not, as a student and an advocate for your peers, run for SGA positions and bring change to the campus.