Video games are the modern form of storytelling 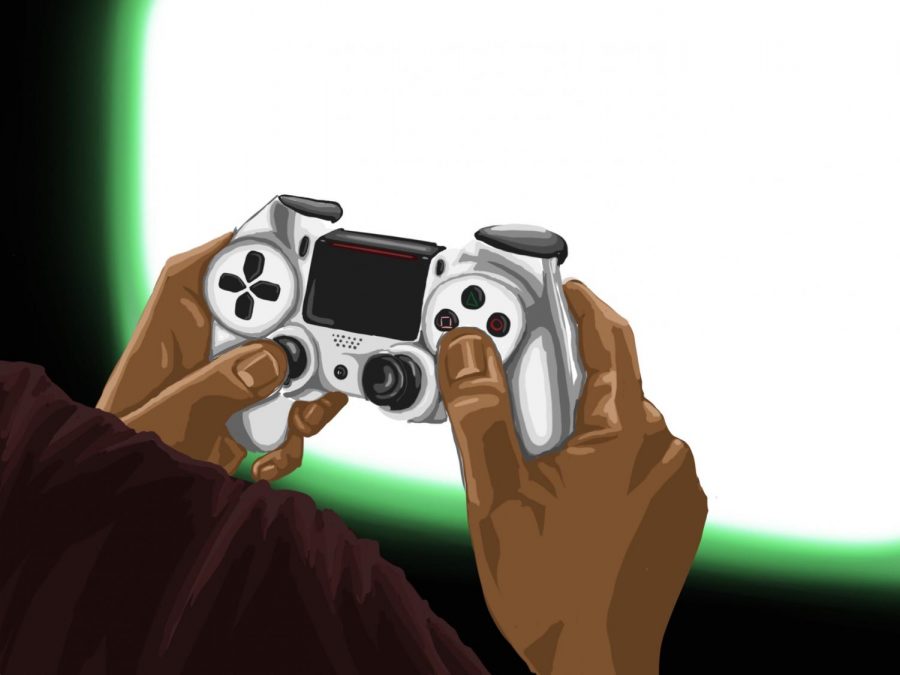 Video games have been around since the 1950s, bringing forth old-school classic computer games like “Tennis for Two” and “Spacewar.” Since then, video games are continuously proving to be the newest technology on the market and the increased demand for games from all age groups.

Nowadays, an increased number of people look to games for not only gameplay, but for the narrative they tell. As one of the newest forms of storytelling, video games allow gamers to immerse themselves into a fictional setting as if they are the stars of their own movie.

Storytelling spans back centuries in human nature; progressing from oral communication, to written stories, and then to a visual format, such as movies and television. Video games set themselves apart from other storytelling formats by giving their audience the ability to make their own decisions within the story.

Long playthroughs of storytelling games is what got many gamers through quarantine during the early days of the COVID-19 pandemic. Being stuck in the house for days on end can weigh heavily on the mind as people grow bored and tired of routine, yet video games can provide a much-needed escape from this reality.

The 1981 release of “Donkey Kong” marked the beginning of storytelling in gaming. Elements like cutscenes, animations, and text convey the damsel-in-distress story. The story is secondary to the gameplay as it gives the player a goal to achieve. These stories give players the motivation, reasoning, and determination to continue playing.

The writing staff for video game companies is just as important as the staff that works on graphics and the technological side of things. For example, take a recent video game series in the last decade that has leveled up to par with A-list movies, called “The Last of Us”.

These games are emotionally gripping and can even be draining for players. After I finished, the games left me thinking about the ending for days. The beginning of both games, as well as the end of the sequel, elicited some of the rare moments that a video game has ever  brought me to tears. This is exactly the emotional payoff that I, as well as other gamers, want from video games.

Not only does the gameplay make for hours of enjoyment, but the story and character development received “universal acclaim” from gaming critics. As a game set during a zombie apocalypse, there’s a lot of heavy themes and morally grey areas told primarily through character interactions.

The gamer plays as Joel who escorts teen Ellie, who is immune to the fungal infection that caused the outbreak. Joel does this in hopes of finding a cure. Ellie suffers tremendous survivor’s guilt that’s noticeable in subtle facial reactions and more noticeable dialogue.

The two grow this bond during their journey, giving Joel a second chance to be a father after losing his teen daughter at the start of the outbreak. In the end, he chooses to save Ellie rather than allowing her to die at the hands of the only doctors able to find a cure. Although part of me felt this was a selfish choice on Joel’s part, the emotional complexity of the story allows the player to sympathize with him.

Part two of this series takes place five years later, beginning with Joel’s on-screen death. This not only sends Ellie on a revenge path, but the player as well. Although the sequel got a lot of backlash from the game’s fans– for Joel’s death and misleading marketing, among many other critiques– there’s no denying the complex story is still pretty well done. There’s no wonder why both games won game of the year in 2014 at various gaming awards and 2020 at The Game Awards.

While “The Last of Us” is a linear story, role playing games and open world games can be just as convincing in their story delivery. An example of this is a long-time beloved franchise: “Mass Effect”.

Personally, this trilogy game is one of my all time favorite games to play. If someone has never heard of it, they may ask a fan, what makes a game set in space so special. Nearly every player’s answer ends up being the characters.

“Mass Effect” allows the player to choose how the game is played, from character customization, to dialogue choices, and big plot points. Not only does this leave room for hundreds of hours of replayability, but it also grants the player time to become emotionally invested in the world the game creates.

The overarching plot across all three games can be summed up as: you play as Commander Shepard, a human space marine for the Alliance leading their own crew on a mission to defeat the Reapers, and a Lovecraftian artificial intelligence set to harvest advanced races across the galaxy. Only Shepard and their human-alien mixed crew is able to stop them.

While the first game focuses on creating the lore of the franchise, the second game really narrows in on the character aspect. Everytime I start the game up, it’s like visiting old friends. There’s a uniqueness in this game considering the player’s choices are carried over between each installment. It’s hard to find a game that has as many themes intertwined throughout its vast universe.

You’re not forced but rather naturally pushed to care about not only the impending doom of everyone in the galaxy, but the people that help you along the way. If the player doesn’t like a character, they don’t have to survive in the end. If the player does grow a bond with one, then they’ll be able to gain their loyalty.

Originally released in 2007, the game trilogy’s remaster, including all DLC, is set to be released this spring. It’s evident players love this game as they still come back to it over a decade after the first installment’s release.

The game also experienced a lot of user outrage following the ending of the third installment. Myself and many players agree there wasn’t proper closure to this world the player was completely immersed in. But also, saying goodbye to the world would mean saying goodbye to the characters they grew to love so much.

Sure, it may be fun to play a multiplayer shooting game just for the hell of it, but I eventually grow bored. I itch for more, something worth spending upwards of $60. Games continue to grow in their complexity, paying attention to even the most minuscule details. If a game has an intriguing story that makes me feel something to the point where I take a week to reflect on it, then it’s worth it in my book.

Video games allow an escape from all the rough things that may be going on in the real world. You can turn on any PC or console and absorb the fictional world, even if just for a few hours a day. It’s a step up from grabbing your favorite book and plunging into the setting it creates in your mind.

Games allow the player to engage in something that can make them think, emotionally or logically. Series like “Uncharted” and “Tomb Raider” have puzzles while also focusing on a bigger story. “Uncharted 4” specifically takes the characters you’ve grown to love over the course of the third-person action series in a stronger, story-focused game.

Just look at the upcoming “Uncharted” movie inspired by the game series or the popular episodic, graphic “The Walking Dead” game. The comic and TV show world is spun on its own story. Media influences media, and this goes to show how important and iconic video game narratives have become.

While gamers may not need video games to survive, the games are definitely a crucial role in their ability to have fun and wind down. I grew up watching my Dad play, then playing together, and now I play story driven games on my own. I haven’t known a life without them.

Modern games blow my mind away with the visual graphics that technology allows them to have. Take Naughty Dog as an example, the company that makes the “Uncharted” and “The Last of Us” games. Their games are visually stunning, so much so that it embraces the movie feel and makes it even more realistic.

On the other hand, you can take open world games like Rockstar’s “Red Dead Redemption 2” or Guerilla Games’ “Horizon Zero Dawn”. Two of the latest decade’s biggest games that are beautifully handcrafted and well done.

You really feel like you’re a part of these worlds, and that is great storytelling.