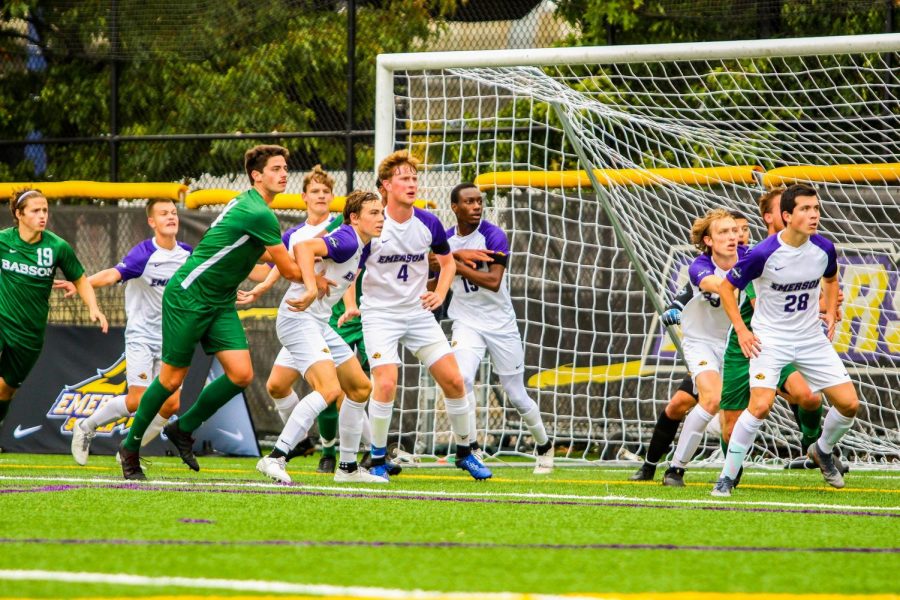 The men’s and women’s soccer teams have both found ways to bond and train together since moving back home in mid-March, through virtual workouts over Zoom and video compilations posted to their teams’ social media.

The women’s team initially published its video on Facebook on April 11, while the men’s team published theirs on Twitter a day before. Each player recorded themselves playing and passing the ball off screen, so that when edited together it seems like they are passing the ball to each other. Junior Miguel Angel Lopez Rojas, the head of social media for the men’s team, edited the video for them, and freshman defender Josephine Mazza edited the video for the women’s team.

“[David Kemp and Khary Higgins messaged] me asking if I could do some ego-boosting posts just to make the situation better,” Rojas said. “And I said, ‘Yeah I have some ideas with the coaches,’ and [Kemp and Higgins] suggested some as well.”

Rojas then asked senior goalkeeper Kemp to help him reach out to all players to make the video possible.

“We really wanted to put something together, and we saw a similar video from Boston College, and we kinda just went with that,” Kemp said in a phone interview from England. “We were all excited to actually see it because we sent [our separate videos] earlier in the week so [Lopez] could put it together.”

Rojas said the team is also planning on doing other challenges and little things to keep their account active through this time.

“The plan is to keep it ongoing and keep the morale up,” Rojas said. “For instance I just posted a throwback open door challenge where the players film their computer and then it opens a door that takes them to that moment, and then [Kemp] asked me to do some other little challenges other pro teams are doing so that we can keep engaging with the people.”

The open door challenge went up on the men’s team Instagram on April 15, five days after their initial ball passing challenge.

Junior forward Grace Cosgrove said the women’s team hopes to keep posting on social media over the summer and interacting with each other as much as possible.

“Even if it’s not soccer related, it’s just showing our lives a little from wherever we are,” Cosgrove said in a phone interview from California. “I think little things like that will definitely continue to happen throughout the summer.”

The Lions will not be able to participate in their usual spring practice, forcing them to find different ways to stay fit throughout the summer while still checking in with teammates and coaches.

“We’re having team workouts on zoom, which is utterly ridiculous, in a funny way not in a complaining way,” Kemp said. “We can’t really practice that much, but it’s just keeping fit. Ron Smithers in the fitness center has been awesome with giving us workouts to do everyday, just to keep up with each other and see how we’re all doing and check in physically and mentally.”

Kemp said the workouts held on Zoom are student-run and no coaches are present. Kemp said The National Collegiate Athletic Association is not allowing coaches to run sessions over Zoom.

Men’s soccer sophomore forward Jeff Pratt said the daily workouts are great for keeping in touch and staying in shape, but they can not fully make up for the loss of spring practice.

“There’s obviously no way to make up for practicing with your teammates in a high competitive situation like actually playing soccer,” Pratt said in a phone interview from New Hampshire. “The most we can do right now are like ball drills by ourselves and workouts because there’s no way we can imitate the game speed situation you’re gonna be playing with, but we’re doing our best.”

Pratt said the men’s team meets two to three times per week on Zoom for optional workouts. On Fridays, they meet for team workouts led by their captains.

Kemp and Cosgrove said both teams are hopeful that the COVID-19 global pandemic will not affect their ability to prepare for their fall season.

“If quarantine doesn’t last the whole summer, then I feel like everyone will get into their groove of things and start up on their own,” Cosgrove said. “Hopefully everything will just kind of blend together, and hopefully everyone’s been doing what they’re supposed to be doing and working out over the summer so we’re all in our top shape, and when we get back we can just work as a group.”

Kemp said the lack of spring practice for all teams in the NCAA could allow the men’s soccer team to use this time to stay fit and progress.

“We’re seeing it as an opportunity,” Kemp said. “No other team has spring practices right now, so we think it could work in our advantage if we handle it better than other teams. We can make up some ground and do well next year if we do the right things now.”