Voice Your Choice results change after controversy over allocation 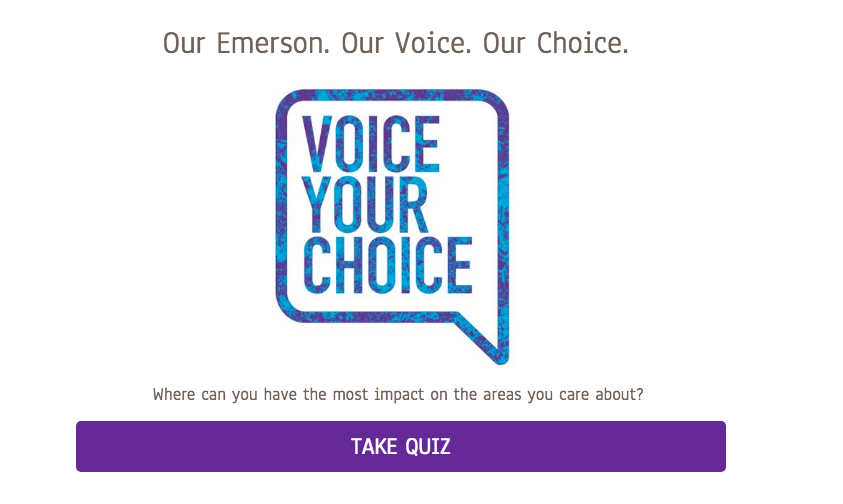 Voters had the option to pick between Student Access, Academic Innovation, Community, and Co-Curricular Experiences and Global Initiatives on Nov. 16. Grade levels split the $100,000, with each class given a different amount in descending order.

Despite 65 percent of the 500 voters choosing student access, Jillian Naimo, associate director of student and young alumni engagement, and the action committee allocated money to each of the four initiatives.

After reading frustrated emails from students, Naimo changed the decision that same day to allow each class to support student access. Students, such as Student Government Association Class of 2022 Senator Brady Baca said he found the initial Voice Your Choice results undemocratic, and a callous disregard for student’s voice.

Junior A.J. Tierney said the Voice Your Choice system was flawed because it did not allow for a unanimous decision.

“I don’t know if they were living in an ignorant, ideal fantasy world where they thought that each grade would magically vote for one of the four options and everything would work out,” Tierney said. “I think they wanted to allocate the money to more than just one fund, but they didn’t set up a system in which that could happen…or at least they didn’t market it that way. It’s misleading.”

“With this program being by students, for students, that’s why ultimately the decision was turned around,” Naimo said in an interview.

Students were originally informed that each class was given a different initiative through an email sent by the action committee.

“After many conversations among the committee, we decided to keep the original plan of each class supporting a distinct area, with the hopes of having the most impact on campus,” Naimo wrote in the initial email to the undergraduate student body.

A little over an hour later, an email from the action committee popped up in students’ inboxes.

“I’m sorry–in no way was I trying to shut down the student voice with the results,” Naimo said in the email.

Naimo and the rest of the action committee changed the results after seeing frustrated messages from students.

“There were people who were upset today, and it’s completely understandable. We also got people who were happy that we turned the decision around and made it so that the voting for student access came first,” Naimo said. “They said that they are still very excited about this program and they think that it can do wonderful things.”

Baca said that student access is worth fighting for.

“I voted for the student access option because I think Emerson has some major problems when it comes to being affordable and accessible to everyone, regardless of their class standing,” Baca said.

Next semester, each class will vote for a specific fund they want to see their portion of the student access money go to, according to Naimo. Students can choose from the General Scholarship Fund, the Student Assistance Fund, Anonymous College Completion Fund, and the Mary Burrill Alumni Scholarship for Diversity, according to the Student Engagement and Leadership webpage.

In the future, Niamo hopes to have the impact of Voice Your Choice touch each category by having classes collaborate to make the most impact on campus. Naimo said one solution is to use the classes as a ranking system next semester.

Naimo said she and the Voice Your Choice Student Action Committee appreciate the feedback since the program is in its infancy.

“It’s a new program. It just started a couple months ago. It’s very flexible, and we’re always looking for feedback from students to hear what they think of it,” Naimo said. “I’m always willing to sit down for coffee with someone and just talk about it with them.”