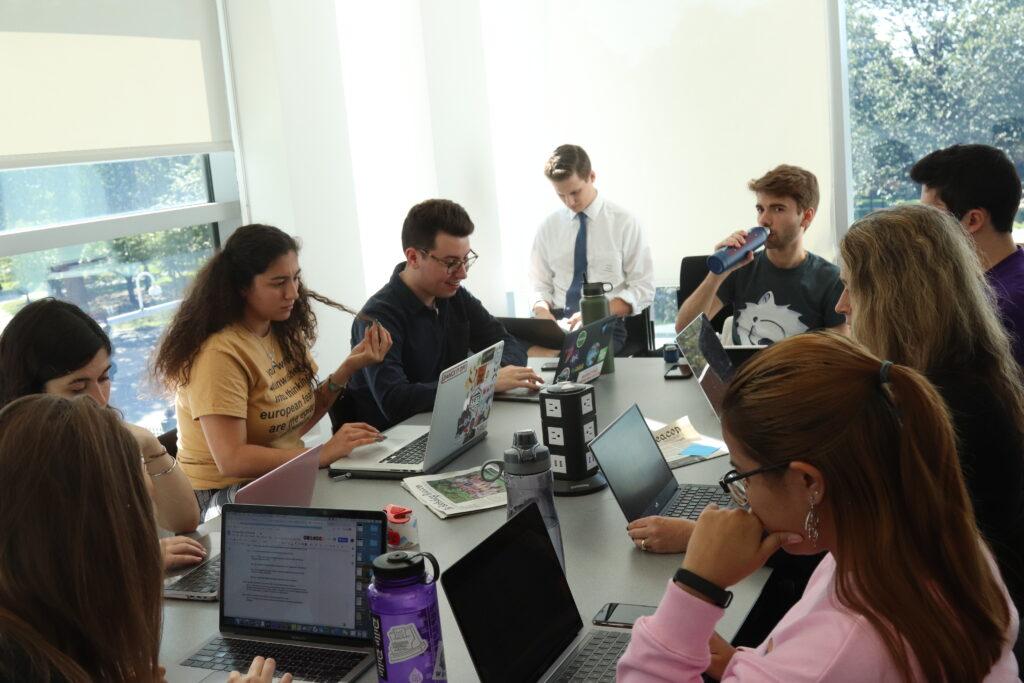 A Financial Advisory Board meeting in September 2019.

The Financial Advisory Board on Thursday postponed a scheduled vote on a controversial amendment that would impact future funding for the EVVYs and other campus organizations.

FAB initially scheduled a vote on the amendment for Thursday, but postponed it due to time constraints. The vote is now scheduled for FAB’s next meeting on Thursday, Sept. 26.

Semple declined to comment directly on the now upcoming vote.

The board did successfully ratify their by-laws at the meeting by a unanimous vote after making several small wording changes and adding a clause to a by-law which now allows organizations to request their funding information as early as the last day of the spring semester.

Semple told The Beacon that she remains optimistic for the future of FAB after Thursday’s meeting, alluding to the conversation surrounding her proposed legislation.

“We are really excited to have a longer conversation next meeting about the possibility of changing some policy relating to appeals,” said Semple.