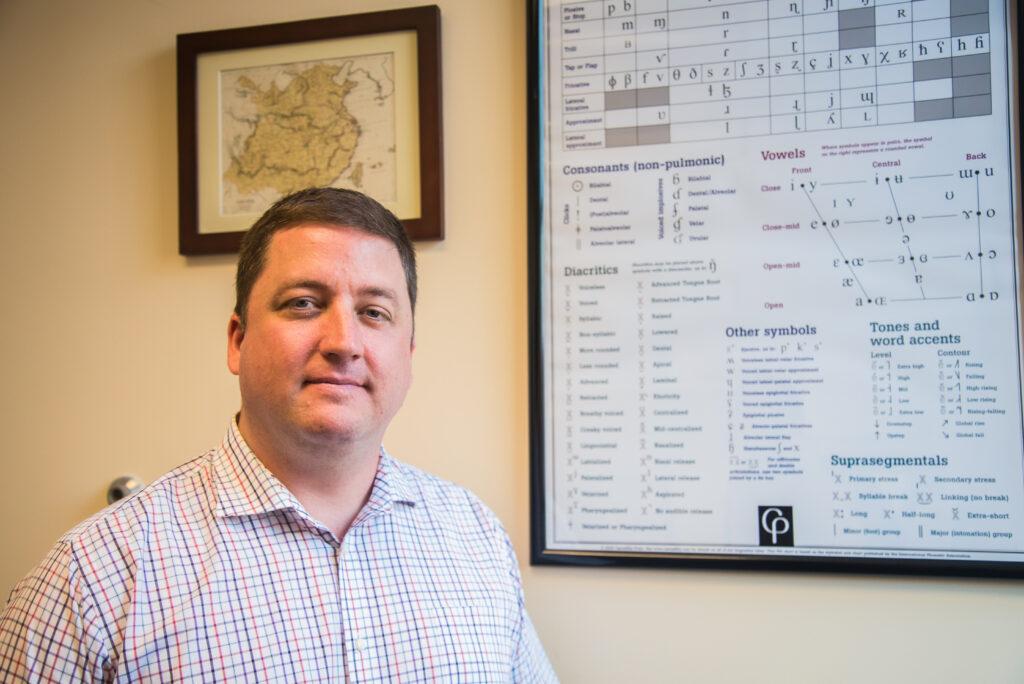 The Writing and Academic Resource Center created a Chinese name and awareness guide, “What’s in a Name,” for English speakers with the hope to build a more globalized and inclusive environment on campus for the college’s largest international community.

“For linguistic reasons, Chinese names are particularly difficult for speakers of English without specialized training,” he said in an interview. “Chinese name pronunciation, and understanding of Chinese students particularly jumped out at me as a pressing need.”

The guide has not been fully published yet. Most sections are already available online, and McPeek said he invites users to send feedback.

McPeek said he anticipates it to be finished soon. For now, the guide is available through a self-enrollment class on Canvas and McPeek said he plans to upload a PDF option as soon as the document is finished.

“For the many people who have asked for this, I think I will be ready to show them what I’ve come up with, let them use it, and be confident that they can use it without misinformation pretty soon,” he said.

McPeek has been working on the guide as a solo project, but is counting on a team of Chinese students he is working with to judge its accuracy and appropriateness.

“I want to make sure that the biggest stakeholders are included in the conversation,” McPeek said.

Sophomore Xiaoyu Wu from Shanghai, had not heard about the guide until an interview with The Beacon. She said she feels very touched by the efforts of the WARC to create the guide.

“It shows respect from the school, and it emphasizes the Chinese students,” she said. “It shows that they do think about us.”

Wu said that she chose an American name, Sabrina, because her Chinese name is hard for Americans to pronounce. She has been using this name since she first moved to the United States three years ago.

“It’s kind of strange for me to hear my name being pronounced by a foreigner,” she said.

Although she has a preference to be called by her American name, Wu said she doesn’t feel angry when someone pronounces her Chinese name wrong. She understands the language barrier.

“At least they try, and most of them try really well. They do a really good job,” Wu said.

Freshman Yiyi Zhang from Shenzhen, China said while she thinks it’s sad that English speakers have trouble pronouncing Chinese names, she said she understands the difficulty.

“Us Chinese don’t care whether you say the wrong name,” Zhang said. “We totally understand.”

Zhang also said name pronunciation isn’t the leading issue that affects Chinese students on campus. The social aspect of college is the hardest for the Chinese community on campus, she said. She said the language barrier may cause a part of them to be shy speaking, which challenges making conversation, whether it is in class or any social place on campus.

“I feel like I’m invisible, like those people just ignore us. I feel like I don’t exist at their place, so that’s uncomfortable,” Zhang said. “It’s not just about making a guide, It’s about [the fact that] we Chinese are also part of the campus.”

McPeek’s goal was to create a guide that students and faculty could quickly reference to and that would not require specialized phonetic training. At one glance, it should help a beginner correctly pronounce a Chinese name.

“Chinese students have not been likely with me to express complaints about the pronunciation of their names in particular, but they have come to me with other issues like linguistics discrimination,” he said. “It’s usually unintentional, but it’s a concern. It can be anything from students feeling excluded in groups of their peers from participating in linguistics elements of a presentation.”

Besides pronunciation, the guide also covers topics such as why Chinese names are difficult for English speakers to pronounce, understanding the basics of Chinese names, and how to pronounce Chinese students nicknames. McPeek hopes that whoever is interested in the guide goes deeper on its other resources to increase their understanding and awareness of the Chinese community.