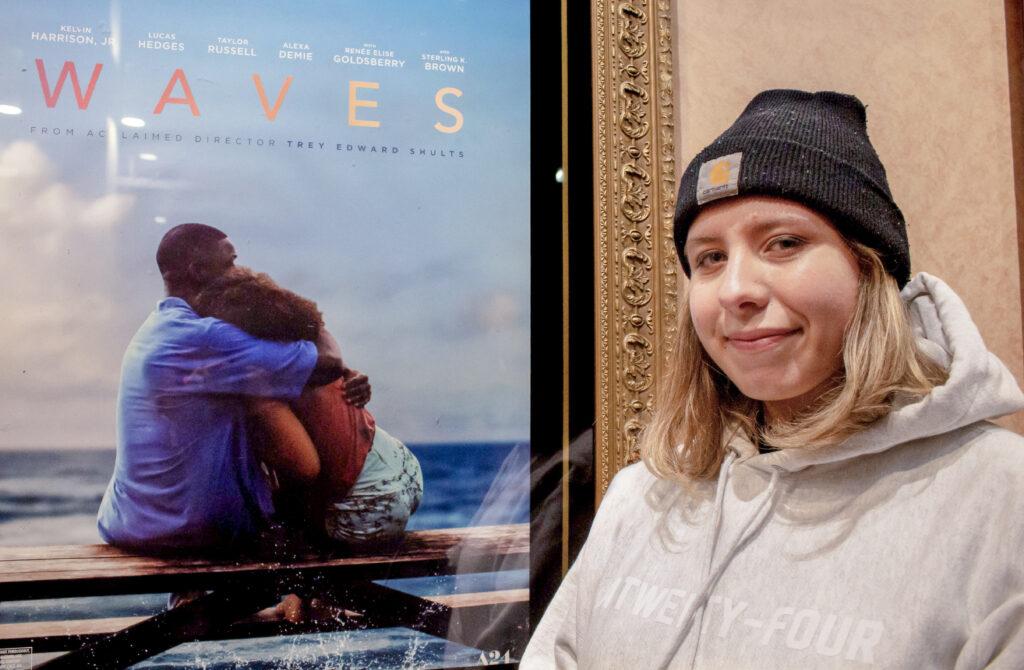 Northeastern University sophomores Alex Pesek and Holly Devarger decided to enjoy a night off of their college campus on Nov. 13 to see their favorite actress from the show Euphoria in a free advance screening of the film Waves held at the AMC Boston Common.

Devarger was happy to see such an event taking place outside of the typical film cities.

“Since the film and music industry focuses so much around LA and New York, it’s nice to have something in Boston for a change,” Devarger said in an interview.

A24 at Emerson held the free advance screening of the film Waves for local residents and students from schools within the Greater Boston area.

A24 is a film distribution and production company responsible for award-winning films such as Ladybird, Moonlight, and Midsommar. Directed by Trey Edward Shults, the film Waves follows the emotional journey of an African-American family in the suburbs of South Florida as they navigate the aftermath of the death of a close friend and the imprisonment of a loved one. The film will be released nationwide on Nov. 15.

Senior visual and media arts major Kat Garelli works as an on-campus intern for A24 at Emerson and collaborated with Harvard University’s sister A24 program to set up the advance screening of Waves.

A24 selected 12 schools nationwide in August 2018 to start outreach programs and create a presence on college campuses, Garelli said.

“A24 recognized that [Emerson] had a really big film community because of [the VMA major], and they chose us to start a program here so we can really engage the student community and bring A24 titles through screenings,” Garelli said in an interview.

Garelli said she often works with Emerson organizations to co-host the events and promote the screenings.

All on-campus A24 screenings occur Mondays at 7 p.m. in the Bright Family Screening Room in the Paramount Center. Garelli said films are chosen by A24 based on release date, what the students want to see, or a specific theme of her choosing. Even though Waves premieres nationally on Nov. 15, the company decided to give their college programs early access to the film.

Naj Khan, a 23-year-old Boston resident, attended the Waves screening after seeing the event on Facebook and appreciates what A24 at Emerson is doing through these free screenings.

“I think it’s really wonderful because movies are really expensive, but I feel like they’re a really great thing to experience,” Khan said. “[Movies are] like another form of art that you can learn from, so being able to give [screenings to] students who might not have the resources to access them is good.”

“It was like pulling together the student organization of FPS, the professor Joey Kolbe, and then the A24 content to do a fun Halloween-themed workshop,” Garelli said.

The workshops, such as the one on horror lighting, have drawn a smaller crowd compared to screenings, she said.

“It was only 25 people, but that’s because the space that we were in could only fit that many people,” Garelli said. “But just to see students engaged and able to learn about different cinematic techniques was also really great. It’s about the quality of the connection rather than the quantity.”

Garelli said A24’s Emerson screenings seem to resonate well with the Emerson community. All of the on-campus screenings have been completely sold out, she said.

“A lot of the Emerson community, even beyond VMA or film, are really excited about A24 content,” Garelli said. “And that’s really what my job is, catering to that and engaging with the students.”