We need to examine the tragic history of this popular holiday 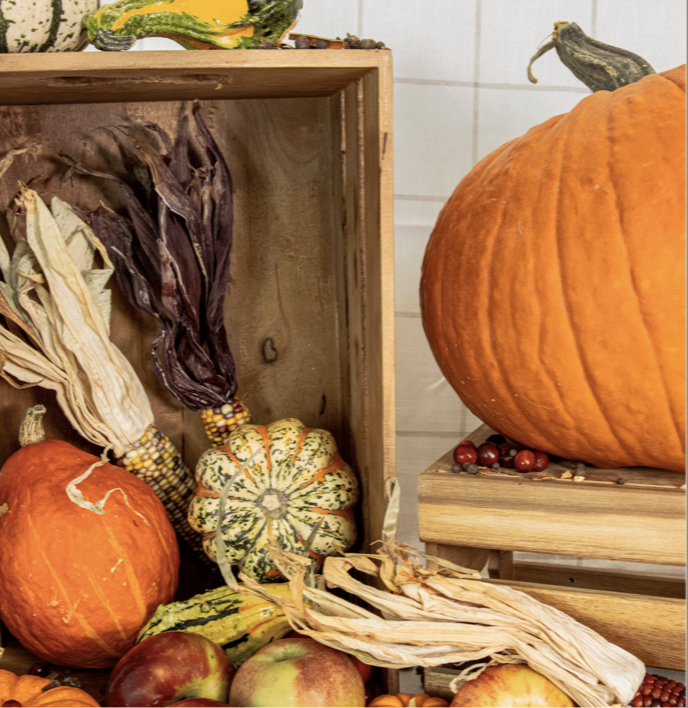 Thanksgiving is seen as a day to be grateful, to remember and honor the blessings of the past year, but many continue to willingly ignore the reality of the holiday. Supposedly created to commemorate peace between the pilgrims and Native people––Thanksgiving is celebrated on the graves and stolen land of hundreds of thousands of Native Americans. Not only do Americans not pay attention to the truth of the holiday—they aren’t educated about it.

November is the only time of the year when non-Native Americans acknowledge the indigenous population, and even then, it is done in an offensive manner.

In schools and homes, children learn the history of Thanksgiving—along with most of American history—from the perspective of white colonialists.

We’re told that the first Thanksgiving feast was held in 1621 in Plymouth, Massachusetts by the pilgrims––colonists who fled from England to Holland to North America to escape religious persecution, according to Smithsonian Magazine.

We’re told it celebrated the pilgrims’ survival of their first winter, and members of the Wampanoag tribe were allegedly invited to declare a peace treaty.

In reality, the leader of the Wampanoag tribe approached the feast, not because he was invited, but because Pilgrims were firing their guns, which led the tribe to believe they were in danger.

This feast, which actually happened in March according to Inquirer, is not the “first Thanksgiving,” and pleasantries between the Europeans and Native Americans most certainly did not become a tradition. Pilgrims continued their annual feasts, often celebrating a successful massacre of Native people.

According to Valerie Russ of Inquirer, the first official mention of a “Thanksgiving,” by Massachusetts Colony Governor John Winthrop, occured in 1637 after 700 Pequot people—an entire village in what is now Mystic, Connecticut—were murdered by Puritans.

During the Gnadenhutten Massacre in 1782, several Pennsylvanian militiamen killed 96 Christianized Delaware Indians, according to Donald L. Fixico, the author of Termination and Relocation. They were beaten to death with wooden mallets and hatchets. In 1811, during the Battle of Tippecanoe, former military officer and the 9th president of the U.S. William Henry Harrison attacked and burned down Prophetstown, the Indian capital on the Tippecanoe river. The War of 1812 bled into the Creek War of 1813-1814 where 186 Creeks were slaughtered at Tallushatchee at the orders of General Andrew Jackson—does the name ring a bell?

Violence against Natives grew so common that Mvskoke Creek women started killing their children to avoid seeing soldiers butcher them, according to Fixico.

European settlers’ greed for land and resources controlled by Native people, as well as blatant ethnocentrism, caused the racial genocide.

As a result, we have grown up associating Thanksgiving with turkey hands and Native American headdresses made out of construction paper. From the age of four, kids unknowingly mock Native American culture because of their educators’ distorted interpretations of Native peoples’ appearances and traditions.

The way Thanksgiving is taught in American schools tarnishes beautiful Native American cultures, especially since the majority of what is taught is both untrue and misleading.

Curricula portray Native Americans as people who helped pilgrims at the first Thanksgiving. The story of the holiday illustrates Christian settlers as superheroes who braved the perils of the New World, including the Natives as sidekicks. Even worse, schools allow young children to appropriate indigenous culture by simplifying and stereotyping the community with arts and crafts.

From a young age, students are shown a basic image of Native Americans, disrespecting indigenous culture and its significance by ignoring its diversity, as a way to “teach history.”

Native Americans understandably have different perspectives on Thanksgiving, and many even refer to the day as the National Day of Mourning as it is a reminder of genocide, theft, and assault. For the past 51 years, the United American Indians of New England have organized a rally and day of mourning every Thanksgiving to protest the racism and oppression that Native people experience.

Others like Sean Sherman, the founder and chief executive officer of The Sioux Chef detest the illusion of unity between pilgrims and Natives. Instead, he says, “We can focus simply on values that apply to everybody: togetherness, generosity, and gratitude,” in a Time Magazine article.

Native Americans celebrated the autumn harvest and Mother Earth long before European settlers arrived, and Thanksgiving itself originates from the Native philosophy of giving without expecting anything in return, according to a nonprofit titled Native Hope. Today’s Thanksgiving dishes originate from Native American culture, dishes that white invaders detested because it was beyond their comprehension. During the first celebration of this holiday, the Wampanoag tribe not only provided foods like corn, beans, wild rice and turkey, but also taught settlers about agriculture and hunting.

Instead of offering support during a time that reminds Native people of their community’s oppression, Thanksgiving romanticizes the

Indigenous people were and continue to be seen as inferior because of their darker complexions, foreign languages, and differing spiritual beliefs. According to Fixico, Native people were labeled as “pagan savages,” and killed in the name of civilization and Christianity, which is especially hypocritical considering the pilgrims fled Europe because they were under similar danger.

It is important to understand and uplift the Native people on days other than just Thanksgiving and Indigenous People’s Day. Schools need to give Native Americans and indigenous organizations the opportunity to teach students the truth of their culture. More so, parents need to take the initiative to learn about the stolen land they live on and teach their children. The U.S. population must educate itself about the harsh reality Native Americans continue to face.