We ‘settled for Biden,’ but our work has only begun 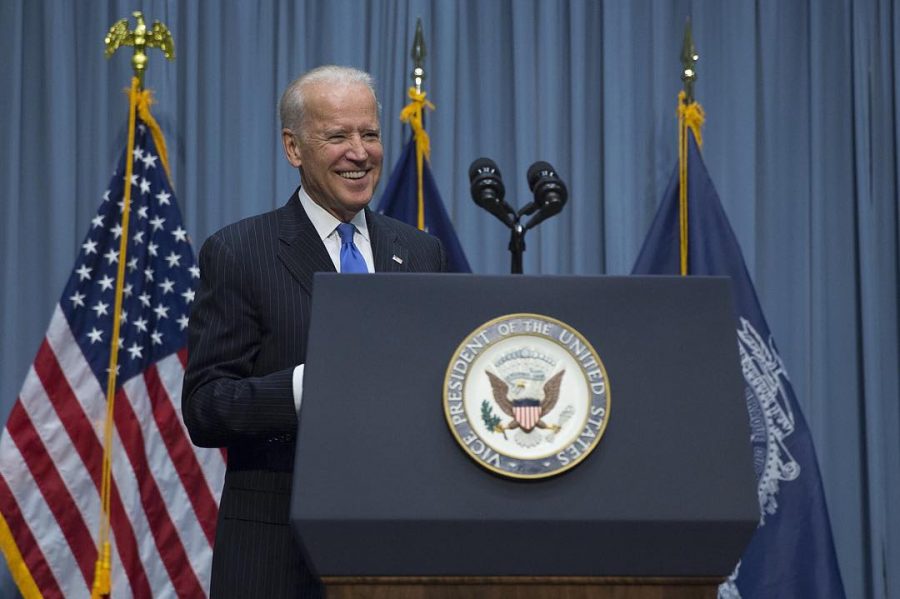 Joseph R. Biden is 46th President of the United States.

We can all breathe a sigh of relief after President Joe Biden’s inauguration on Wednesday. The tumultuous years of former president Donald Trump’s administration are over, and now the hope for brighter days in American politics remains.

But now is not the time to take a break, despite how exhausting the past four years have been. With the new administration settling in, we need to remind President Biden of the promises he made throughout his campaign.

On the first day of Biden’s presidency, the dire issues our country is facing could not be more clear.

COVID-19 continues to rage across the country more than a year after the virus was first discovered with more than 400,000 American lives lost to the virus, and the slow vaccine distribution thus far has been deemed a “dismal failure.” The pandemic has plunged the country into the worst economic crisis it’s seen since the Great Depression, and many small businesses may never recover.

Each moment that passes without action, these problems continue to grow. The Beacon wrote a similar editorial last semester following the election, but we will say it again. If we want the Biden administration to address the issues Trump ignored for so long, then the pressure on the 46th president must be consistent and undeniable for the remainder of his term. If we want to be the change, then it is our responsibility to ensure Biden cannot ignore our calls to action.

It is tempting to take Biden at his word when he touts himself as “the most progressive president in history.” But this only reflects the state of progressive presidents, seeing how many of his policies do not reflect those of well-known progressives. According to The Washington Post, his opposition on the Green New Deal, Medicare-for-all, and defunding the police could put him in the category of “a practical politician, not an ideologue”. This could be the reason that in August, 56 percent of Biden voters said they were voting for him because he’s “Not Trump.”

The Washington Post writes that this comes from a rather rocky track record ranging on issues that many young voters and progressives care about. This goes from his work with the Obama administration that led to the deportation of millions of immigrants, the 1994 crime bill he helped write that led to mass incarceration, and to this day he still opposes Medicare for all.

Still, there is a lot to look forward to under the Biden administration that will help mend some damage from the past four years. Biden has already promised permanent protection for Deferred Action for Childhood Arrivals, or DACA, a program that Trump continuously threatened to overturn. With a new COVID response team, Biden plans to control the spread of the virus and provide monetary relief to Americans with his $1.9 trillion “American Rescue Plan”. And, of course, there is his proposal to raise minimum wage to $15 an hour as part of his the plan.

His willingness to assist struggling Americans and consider policies that are typically left-leaning show that he could be receptive to new ideas—but only with the right push from progressives.

With the detrimental effect COVID has reaped on our country, people need the left-leaning government assistance programs that have been deemed too extreme or unrealistic now more than ever. With slim Democratic majorities in the House and Senate, now is the time to make bold new changes. This majority will not last forever, so we must remind  Biden to take advantage of it while he can.

After a historic year for activism, our work is still not done. Breonna’s Law and Stacey Abrams’ work in registering Black voters that ultimately flipped Georgia blue in both the presidential and Senate runoff races, both serve as prime examples of the real life impact of activism.

Clearly, Biden does have the capacity to listen to his base, so now is not the time to give up and go back to brunch. Actions speak louder than Instagram posts. While it is important to raise awareness on issues of race, marriage equality, reproductive rights, and COVID-19 (to name a few), it is even more important to donate to causes you care about, and find more actionable ways to engage with activism.

It sounds simple, but the need for activism is stronger than ever.  So what can an Emerson student do?

Boston is home to many political advocacy organizations such as Refuse Fascism, Freedom Fighters Coalition, Movimiento Cosecha and more.

Emerson has numerous organizations that provide safe spaces for marginalized communities such as Flawless Brown, Amigos, Muslim Student Association and many more. Protesting Oppression With Education Reform is an organization for students of color who are “dedicated to increasing cultural competency (and) creating a safe, antiracist school.” These can be places to incubate constructive activism.

Biden may not be Trump, but now is not the time to give up on activism. Let’s get to work.