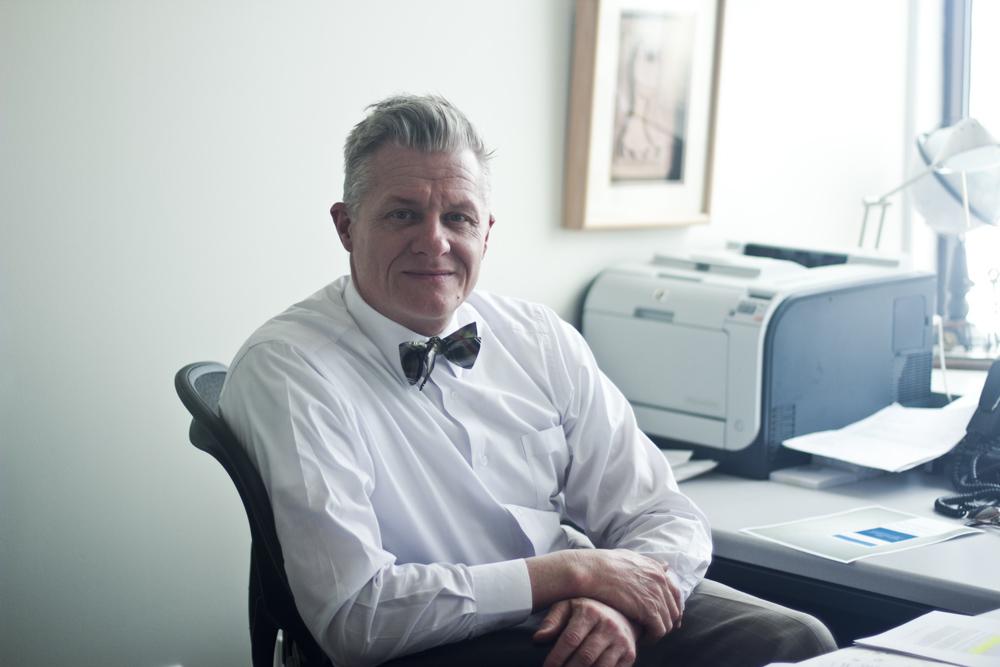 This summer, communication studies professor Richard West is going back to school. As the recipient of Emerson’s 2013 Norman and Irma Mann Stearns Distinguished Faculty Award, West said he plans to travel across the country to conduct interviews for a research project about the relationships same-sex parents have with their children’s public school systems.

The award was established in 1993 with funds from an endowment by Norman Stearns and Irma Mann Stearns, according to Emerson’s website. The $3,000 stipend is presented annually to a full-time Emerson faculty member in recognition of creative or academic achievement, and the award’s announcement described a preference for new or ongoing projects involving travel. West said he will begin his research in May, and said he plans to travel to towns in Massachusetts, Maine, Wisconsin, and Illinois.

West described his study, entitled “Dangerous Crossings: Communication Between Schools and Same Sex Families,” as exploratory, and sees the award’s funds as “seed money” to eventually expand the project.

West said he has been analyzing communication within the gay community since 1995, though he sees this study as treading new ground. Through interviews with same-sex parents, West said he hopes to better understand the relationship those families have with their children’s school districts.

“[My research partner and I] defaulted to gay- and lesbian-headed households primarily because the issues, themes, and events that happen are all rooted in communication,” said West. “So why aren’t communication researchers studying this from a communications standpoint?”

For his study, West said he plans to interview gay and lesbian parents and principals, school board leaders, and superintendents in urban, suburban, and rural public school districts in the four states, chosen for their varying support for same-sex marriage. According to West, public schools represent a more diverse population than private schools.

Through the interviews, West said he will look at school curriculums and administrative practices like field trip permission forms, which he said often reveal more antiquated ideas about contemporary American families through their assumptions of two-parent, opposite sex households.

Besides his travel expenses, West said he will use the stipend to pay parent participants. Eventually, he said he plans to pay a staff of three Emerson students—two research assistants and a videographer—who will all be hired after the end of the summer.

“When I think of people having a problem with gay parents, I think of churches. I didn’t think schools. It would be cool to look at this issue,” he said. “There’s definitely been a progression in the acceptance of same sex families [in my lifetime].”

Through his research, West said he hopes to understand the connection between gay and lesbian parents and their children’s schools, and ultimately begin searching for solutions if his research shows this relationship is detrimental to students. Instead of his study being published solely in an academic journal, West said he wants the results to be disseminated to public schools and mainstream news outlets.

According to Elizabeth Demski, associate vice president of the Office of Research and Creative Scholarship, professors can apply for the grant each May, and are selected by the Faculty Development and Research Council in October.

Ultimately, West said he hopes to one day expand his research to the college level.

“At Emerson, so many people think that everyone is liberal and supportive, but that’s not always the case,” he said. “Trying to unpack these perceptions is really important.”