When it comes to COVID testing, where’s the accountability? 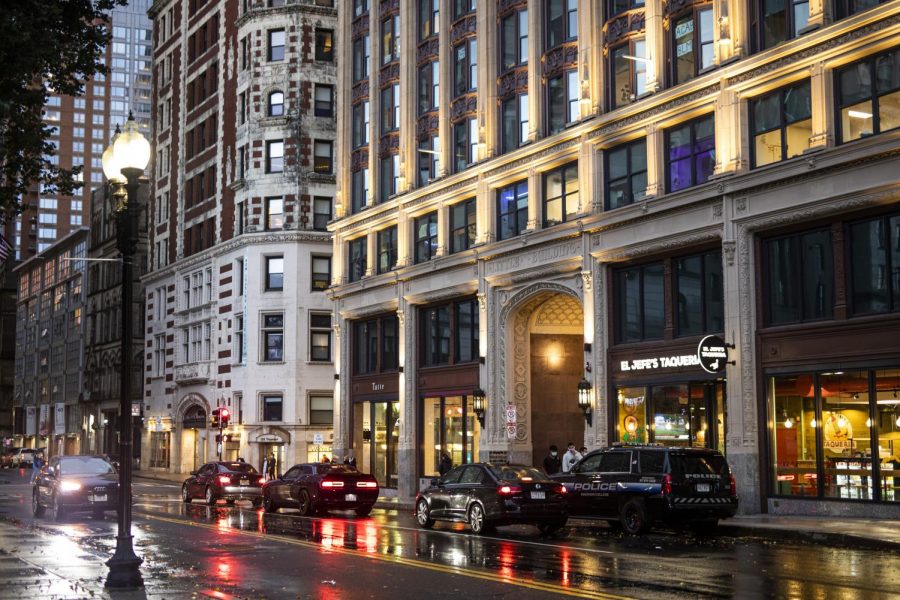 Since the start of the fall semester, Emerson has taken considerable action to minimize the spread of COVID-19 and prevent outbreaks on campus. Unlike other universities that have reported more than 1,000 student cases, like Pennsylvania State and Arizona State University, Emerson administration has handled pandemic-era safety protocols reasonably.

They’ve required masks and social distancing. They’ve limited capacity in spaces usually free for public congregation, like the library and the Max. They’ve minimized the amount of people in classroom buildings by adopting a once-strange hybrid learning format. Most notably, they’ve required weekly testing for every student—on or off campus—to quickly identify and quarantine those with the virus.

Their efforts, though far from perfect, are commendable. But the reality is that every college, including Emerson, is just one mistake away from the formation of a case cluster. And the testing procedure here has fallen short.

We recognize and appreciate the process the college put into place. Tufts Medical Center, where students are tested, is easily accessible at a mere four blocks from campus. Most students have reported short lines and minimal wait times at the facility. The self-swab procedure is largely easy and efficient. Three small circles with a cotton swab in each nostril, and then you’re done. A large majority of students are getting tested semi-regularly, and that’s because Emerson made it easy to do so.

These actionable testing steps are at least part of the reason that the college’s COVID-19 dashboard has reported 21 total positive test results since classes began in August. Despite several mathematical gaffes in the dashboard, as noted by The Beacon in a story last week, the dashboard numbers make it seem like there is a glimmer of hope we will eventually return to a normal, pandemic-free world.

Still, we have watched gaps in the testing procedure grow and evolve over the last month.

Multiple Beacon reporters have spoken with students who say they have not scheduled their weekly tests in the Emerson app at least once, even though the action is supposedly required. The part of the app that let students schedule tests has also presented issues. It used to glitch on iOS systems (iPhones and iPads), according to one community-wide email sent by the college on Oct. 8. Another email sent on Oct. 14 said the issue has since been resolved.

Several members of The Editorial Board have also not received reminders to schedule testing for more than three weeks in a row. One Beacon reporter did not receive a notification about missing a test until 16 days after their last test—over a week later than when the college should have reached out. (All members of The Editorial Board are up to date with testing requirements in adherence with college guidelines.)

Since the scheduling procedure is not mandated, students can visit Tufts Medical Center at any time. That means the COVID-19 testing system is only more accommodating of people’s demanding schedules. But then where is the accountability? How is the college keeping track of who is getting tested? And when? If Emerson isn’t sending out automated reminders to students who forgot to schedule a visit, can those students really be held responsible for missing a week of testing?

The college sent one mass email on Sept. 30 reminding students who had not been tested in the past seven days to do so immediately. “According to our most recent records, you are not in compliance with Emerson COVID weekly testing requirement,” the email read. “Your lack of compliance has put the health and safety of our community at risk and must be immediately addressed.” The reminder worked. On that day, over 800 students were tested, at least 100 more than any other day that week. The influx of students to the testing center begs the question of whether or not the college was even enforcing mandatory testing before Sept. 30. Single day testing numbers hovered significantly lower throughout the week prior.

If we, as students, can clearly see the shortcomings in the testing system and the dashboard, why can’t the college? If they can, why haven’t administrators fixed them yet? Is this not urgent? Because when it comes to a virus that spreads rapidly from person to person, often silently and asymptomatically, time is precious.

Testing is an integral part of the reopening process. It is, without exaggeration, the most vital precaution against a pandemic that is still torpedoing through the population within and beyond Massachusetts. Cases in the Commonwealth have quickly shot up again this month, surpassing 500, 600, or 700 in a day. Upwards of 12 people have died everyday from complications from the illness, and vaccines are far from being perfected and distributed widely.

Those weekly cotton swabs are all we have for the moment. The least Emerson can do is make absolutely sure each and every person stepping foot on campus is being properly and consistently tested. That includes all members of faculty and staff who enter meeting spaces, teach classes, serve students food, clean buildings, or tap into buildings for any reason.

Test everyone. Test as often as possible. Call us out when we don’t get tested. Otherwise, the college, and the community, doesn’t stand a chance.

Update 10/14/20: This editorial was updated to reflect new college communication about the issues with the program that allows students to schedule COVID-19 tests.