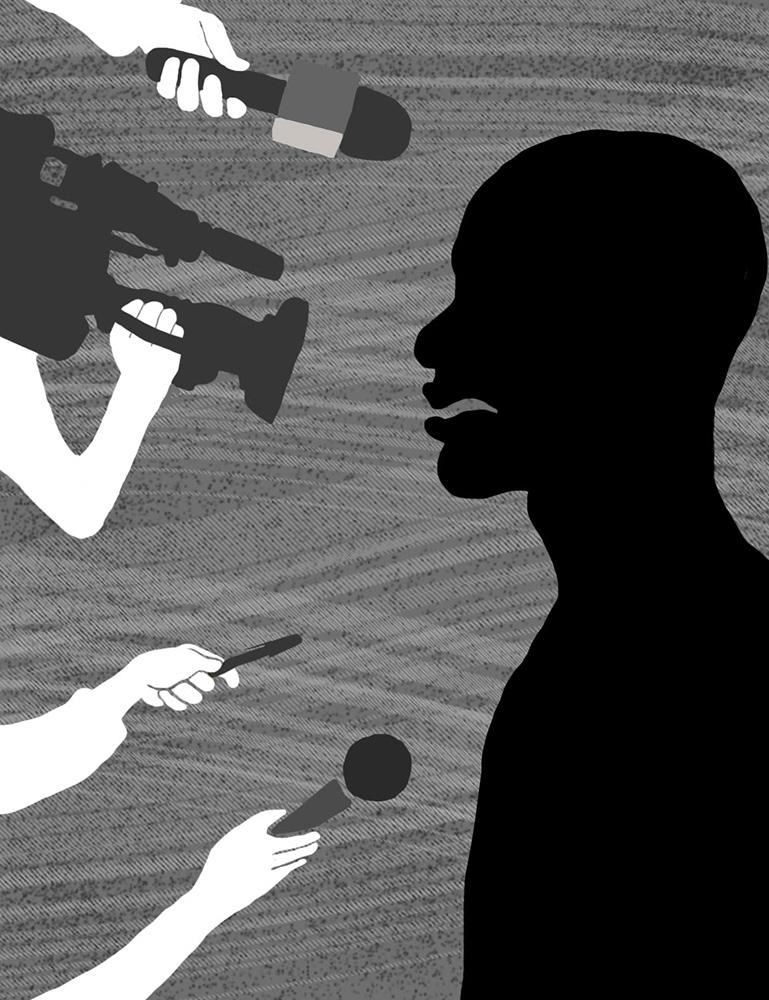 The last few months have put white allyship—when white Americans in positions of privilege defend and empower equality efforts of people of color—to the test. In the wake of the unpunished, high-profile killings of unarmed black girls, boys, men, and women, various white Emerson students have wanted to help, but have been unsure of what their role is in the Black Lives Matter movement. That role is an important one. It’s also one that has left many people of color jaded.

Oftentimes, conversations about allyship move immediately to how supposed allies often become unhelpful by making the movement about themselves. Nowhere have these behaviors been more prominently on display in recent months than in the social media responses to #BlackLivesMatter, which became popular after a Missouri grand jury’s decision to not indict a white police officer in the shooting death of an unarmed black teen, and #JeSuisCharlie, a hashtag that began trending over winter break after gunmen killed writers of the French satirical newspaper Charlie Hebdo.

The fundamental problem with many people who claim to be allies is that they use the title to deflect valid criticism rather than showing their commitment through action. Claiming allyship doesn’t substitute for actually showing it. White allyship isn’t a get-out-of-racism-free card, either. It comes with responsibility, not the least of which is being accountable to the people who have to bear the brunt of discrimination.

A lot of well-intentioned white people are scared of messing up and being called racist, which is something I understand. However, if their fear is greater than their commitment to act and end racism, then they aren’t working for justice. Their passivity simply means they’re siding with the oppressor. Admitting fault is difficult, especially with a subject as controversial as race, and allies will mess up. Part of allyship is moving from a context in which all things white reign supreme to one that decentralizes the white voice, feelings, and comfort so that people of color can feel comfortable in our own spaces. People of color, who have to deal with the ramifications of discrimination, should call out anyone with perspectives that are born from ideologies that allow and empower racism.

Students interested in allyship ought to think critically about the true—and often difficult and self-reflective—implications of how their whiteness, by its nature, benefits them with privileges at the expense of others. They should listen to people of color when they talk about how racism is being perpetuated, and use their own privilege to amplify others’ voices rather than dismissing them. It’s unhelpful to derail the conversation by changing a hashtag like #BlackLivesMatter to #AllLivesMatter or #BlueLivesMatter. Doing so is an assertion of privilege that enables silence around the specific, systematic discrimination against a group in every aspect of society. And don’t join protests with the intention of harassing police. We know that you won’t be the first to be hurt if you do.

The declaration “I Am Charlie” or #JeSuisCharlie spread like digital wildfire across the Internet for good reason. Many people felt as though the attack on the Charlie Hebdo office by Islamic extremists that left 12 people dead was an attack on their freedom of speech. They stood in solidarity with the writers’ right to print what they did and not be killed for it.

But unwilling to recognize that one can defend freedom of speech while condemning the way it is exercised, few people wanted to call out Charlie Hebdo’s racism. Instead of discussing the ethics of a Hebdo cover depicting Boko Haram sex slaves as welfare queens, most clung to arguments that promoted freedom of speech, at all costs. But it’s a slippery slope; free speech at all costs can lead to compounding society’s dominant and oppressive racism that contributes to the violence perpetrated against people of color everyday.

Commentators said the right to offend trumps hurt feelings, forgetting all the dead black bodies of the last few months. Some of these supposed champions of rights were unwilling to extend the same level of concern they have for abstract ideals, which weren’t in danger of being taken away, to the real people who are constantly under emotional, psychological, cultural, economic, political, religious, and physical attack. It’s an episode that once again showed many of us how quickly efforts for equality for people of color can be put on the backburner when championing our lives becomes inconvenient.

Allies are important, emotionally and strategically. Most peaceful means of change are impossible without them. The well of trust is poisoned without their action. We need them to speak up for us even when we aren’t around. It takes critical thinking, introspection, empathy, and compassion to be one. When I marched with hundreds of people during protests and walkouts, I was proud to see so many white Emerson allies who I knew marching alongside me.