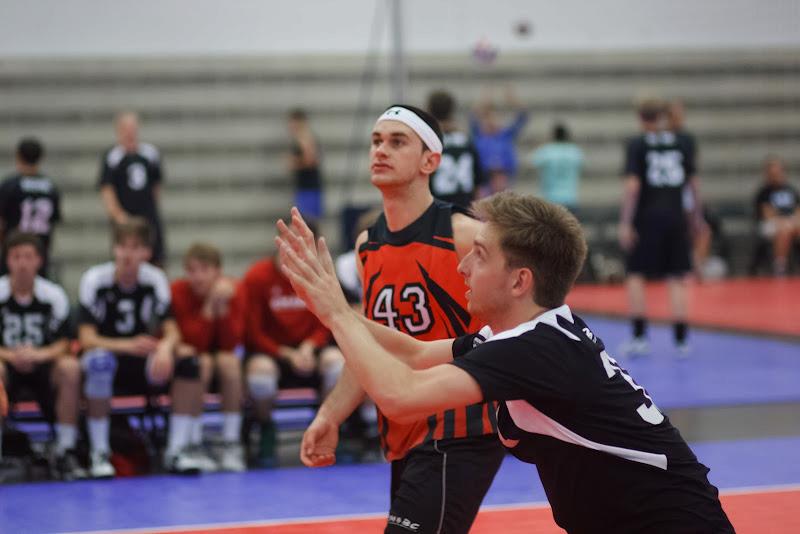 The visual and media arts major currently leads the Great Northeast Athletic Conference in kills per set, with an average of 4.24, and is third in overall kills, with 144. The team overall is averaging 11.24 kills per set and is 7-4 on the year.

Wiley has also been named to the GNAC Honor Roll, a weekly acknowledgment of players’ success, in two of the four weeks so far in the season.

The outside hitter said that though it felt great to be leading the conference in kills per set, he didn’t want to get caught up on his individual performance.

“I’m not focusing on my own stats too much,” Wiley said. “I just do what I can to make the team more successful.”

Ben Read, the men’s and women’s volleyball head coach, said Wiley has been a core part of the Lions so far this season.

“If he’s getting that many kills, then his success is going to directly lead to our team’s success,” Read said.

Brendan McGonigle, a junior who has played with Wiley all three seasons, agreed that the outside hitter is an integral part of the team.

“Jackson is one of the core guys,” said McGonigle, a junior marketing communication major. “He’s one of the primary hitters, one of the go-to guys, and he’s definitely important to the team.”

During Wiley’s freshman season, he appeared in all 29 matches and notched 215 kills. Last year, he played in all 26 matches and improved to 320 kills—good for third in the GNAC.  This season, since the Lions have only eight players on their roster, Wiley, along with five of his teammates, have played in all 34 sets.

“Every person has their part to play, and mine would be nothing without my teammates,” said Wiley. “There’s no kill without a set, there’s no set without a pass, and there’s no pass without communication.”

“I think also look at our team, and having the other [teammates] has gone ahead and helped open up more options for [Wiley] to go ahead and swing,” said Read.

With conference opponents like Wentworth Institute of Technology, which recently made an appearance in the national Division III men’s volleyball rankings, Read said Wiley’s performance has given the Lions some attention they might not have otherwise seen.

Other players for the Lions have been recognized on the Honor Roll, including junior Jared Gross, senior Connor Burton, and McGonigle.

“They’ve kind of all taken turns on it, and week to week someone’s played a little bit better, but [Wiley] has kind of been the most consistent and kind of the rock of the team offensively,” Read said.

Wiley said one of his major goals for his collegiate career is to join the ranks of Emerson athletes with 1,000 career kills—a distinction he’s a little over 300 away from achieving—and that he hopes to improve his defensive skills.

Aiming to make the playoffs with a winning record, Wiley said he intends to surprise some teams who have beaten Emerson in the past.

The Lions’ losses this season have all been to teams that were nationally ranked, such as Massachusetts Institute of Technology, Springfield College, and Wentworth.

“We have insane potential this year,” said Wiley. “I’m looking forward to our success.”