With focus on ratings, future of WERS news department uncertain 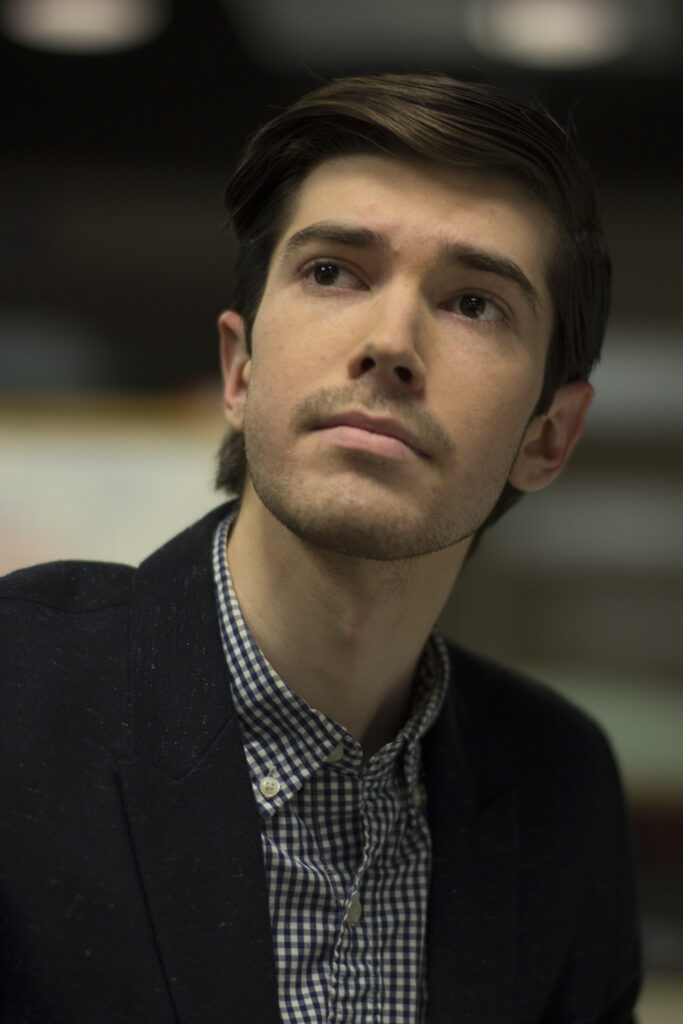 In the latest set of changes that students say are transforming campus radio station WERS from an educational to a corporate enterprise, managers have significantly reduced resources for local and international news coverage.

Last semester, WERS eliminated news coverage in its afternoon broadcasts, and this semester, has begun focusing its other newscasts on lighter, lifestyle-oriented stories.

According to Jack Casey, the station’s general manager, these changes are meant to appeal to listeners, identified with the help of an outside consultant, and help WERS become more financially self-sustaining after pressure from the college to raise more money.

But like other current and former students, alumna Alyssa Edes lamented the recent developments. A production assistant at National Public Radio in Washington, D.C., Edes said that her experience in the WERS news department taught her how to be successful in radio.

“ERS is the reason I came to Emerson, and ERS is the reason I stayed at Emerson,” Edes, who graduated in December, said in a phone interview, using an abbreviated version of its call sign. “It is really sad to feel like it’s changing in such a way that it’s a detriment to other students.”

Senior Nicholas de la Canal, the station’s current news director, said he has been working at the station since his freshman year and has seen significant changes since then.

When George Knight, the station’s first professional disc jockey, was hired in March 2013, Casey told the Beacon that Knight would act as a mentor to students. However, Knight currently works with only a few select students, according to de la Canal.

Last year, the news team—except Victoria Bedford, who anchored the morning show with Knight last year—did newscasts throughout afternoon, according to de la Canal. They aired two-minute segments that included prerecorded pieces by reporters, and broke news on air.

Patrick Torphy, a sophomore journalism major and an executive producer for WERS’ public affairs show You Are Here, said that his five-hour weekly shift on afternoon news last year taught him how to write efficiently.

“I got to cover the Russians invading Crimea and anticipating the president’s statements and quickly going on air for that,” said Torphy. “It really challenged me to figure out what were the important details of the day.”

Torphy, who was the news director last semester, said when he started in that position in September, station management had already decided to cut the afternoon newscast.

The decision was based partly on the advice from an outside consultant, and also because of a lack of student availability, said Casey. Last year, there were two instances where no students could do the afternoon newscast, he said.

When de la Canal took over the news department this semester, he said all there was left was the morning newscast — which airs every half hour between 6 a.m. and 8:45 a.m.— and You Are Here, which airs for an hour every week on Sunday mornings.

De la Canal said he started off working as a morning anchor two days a week.

“I got really good experience doing that,” said de la Canal, a journalism major. “I learned how to write broadcast. I learned how to give good delivery on the air, how to edit on the programs. I really think a lot of the stuff I learned [at WERS] was what helped me get my internship [at NPR] and career going.”

After he took over as news director, de la Canal said that he hired a team of weekly reporters to create 45-second stories to play in the afternoon.

But after those reporters had already created the first round of packages, de la Canal said he was told by WERS management that they wouldn’t be aired.

In his interview with the Beacon, Casey defended that decision, saying it was normal for radio stations.

“Music stations don’t air afternoon news,” said Casey. “If you go across the dial in Boston, I’d venture to say there isn’t one music station that is airing newscasts in the afternoon.”

Jessica Filippone, a freshman journalism major, said she made a package about the New England Patriots victory parade that wasn’t aired.

“I definitely was disappointed,” said Filippone. “I put a lot of effort into creating it, and they just didn’t air it.”

Casey said station management looked at WERS social media, voicemails, and emails after cutting afternoon news to see if there would be complaints from the audience. When no one commented, he said, station leaders felt they had made the right decision.

Casey said he has worked with news directors this year to move from hard-hitting news to more entertainment-based stories, including segments on new mobile applications or popular websites. He said that they are looking for content that is more creative than headlines from the Associated Press.

“What I asked was, ‘Can we come up with something that’s more compelling than a power rotation song?’” said Casey. “It’s very easy to lose people, and very difficult to get them back. Even if they’re only gone for a half hour, that impacts the ratings.“

To compensate for the lack of headlines on the weekday newscasts, You Are Here has become a wrap-up of the week’s events, said Torphy.

Phillip Jones, a freshman visual and media arts major who has been creating packages for You Are Here, said that the new format lessens the show’s creative storytelling ability. He said the it constrains packages to three minutes, rather than the seven- to eight-minutes Jones was doing last semester.

“I really liked digging into stories and expanding on them,” said Jones.

Joseph Jacobs, a freshman journalism major, said he left his position as a morning newscast producer after hearing that they wouldn’t be reporting hard news.

“I didn’t want to wake up at 5:45 in the morning to produce fluff,” said Jacobs.

De la Canal said he doesn’t think students can be properly educated and prepared for careers in radio at a college station so focused on ratings.

“When you start out on radio, you suck,” said de la Canal. “The thing is, you need to suck. You need to be bad, or else you don’t learn. You don’t get better. And if you’re going to be a station that demands perfection from students because listeners need it to be perfect, that doesn’t give anyone a chance to grow or get comfortable.”

Bedford, a senior journalism major, said that afternoon news department was a big part of the radio station and the college.

“I know that just based on my experience, I would hate to see someone deprived of these experiences,” said Bedford.

Janet Kolodsky, a professor in the journalism department, said she used to be a news coach for WERS and is still a regular listener.

“As someone who teaches students in terms of developing broadcast writing and producing skills, the idea is that it’s not easy. You start with short readers of the news of the day so that students can get used to it, and develop a sense of news judgement and understanding,” said Kolodsky. “I’d hate to see that learning experience go away.”

Some of the students in the news department have similar worries.

Without the opportunities for reporters to improve their skills that the afternoon newscast offered, de la Canal said that students have less of a chance of becoming an anchor. Putting together prerecorded packages does teach students how to report and shape a story, he said, but they lack the pressure of live radio.

Casey said he has offered the WERS news students an opportunity to create a department within Emerson’s Talk and Information Network, WERS’ online talk radio stream. While ETIN isn’t broadcast on the same terrestrial signal, Casey said that it allows students to use the same equipment to practice anchoring and delivering newscasts.

“When people are students and they’re looking at developing skills, I think the platforms are less important than just being able to do it in a professional atmosphere,” said Casey.

Casey called WERS a hybrid entity—it is tasked with competing with other professional stations, but its staff is largely composed of students. He said they must hold student staffers to a professional standard to achieve the ratings necessary for the station to sustain itself.

The college tasked WERS with generating the funds to cover its operating expenses in 2013, Casey told the Beacon at the time.

The station’s expenses add up to around $1 million a year, according to Casey. He said that staff members been able to raise about half a million dollars annually for the past few years, and their goal is to generate enough income to be able to pay for all their expenses.

To increase the station’s ratings, and therefore revenue, WERS management has been working with Paul Marszalek, a managing partner from the consulting firm Media Mechanics, according to Casey.

Casey said that Marszalek has identified WERS’ core listeners as between the ages of 30 and 49.

Bedford said that WERS has always cared about its audience, which is what makes it such a great place to learn.

De la Canal said that he doesn’t think that WERS can sustain its student talent the way it’s working.

When the students who have grown up with experience in WERS newscasts have graduated, de la Canal said new students won’t know what they are missing.

“If the station is unwilling to let student screw up a little and make some bad radio in the process,” said de la Canal, “I don’t know how you’re going to be able to train people to make good radio.”

News Editor Dina Kleiner, who is also a reporter at WERS, did not contribute to this report.

Correction, March 5: Janet Kolodzy’s name was incorrectly spelled in the Feb. 19 version of this article and again in a Feb. 26 correction.