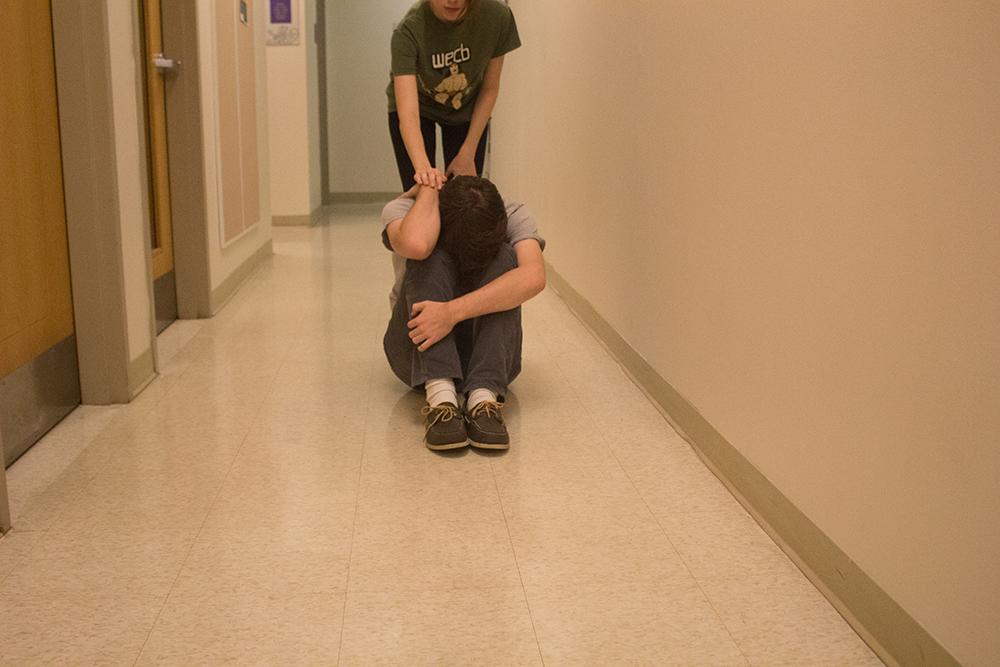 When I started school at Emerson in fall 2014, I hoped I could leave my depression behind me. Three weeks in, I felt okay about how things were going. Before Emerson, I hadn’t opened up to anyone in my life, beyond my family and a few close friends, that I suffered from depression. Coming out with it was an idea I had been toying with for a while, but I could not find the confidence.

One night, however, while intoxicated, I spoke about my depression and thoughts and history of self-harm to a fellow student—one who I later learned was an RA. What I said was documented, and I was called in to speak with a former associate dean and senior administrator at the college.

At the meeting, I was handed a letter. The first sentence of the letter reported what I had said about self-harm, and the last paragraph informed me that if the incident were to re-occur, I would be jeopardizing my on-campus housing. I was also told this letter would be sent home to my parents, and despite my best effort in explaining this would do more harm than good to my mental health, it was sent.

At the time of my sanctioning, I looked into Emerson College’s policies surrounding mental health, and what I found was nothing short of disgusting. In the 2014-2015 Undergraduate Student Handbook, under the heading “Life-Threatening Behaviors” was the following:

“Certain life-threatening behaviors (e.g., suicide threats, gestures, or attempts to harm oneself…) are … considered disruptive to and unacceptable in the academic and social/living environments of the College community.”

The policy goes on to explain that this “behavior” may result in a required medical evaluation, leading to possible removal from the residence hall and/or the College. If students object to the evaluation, they are subject to automatic suspension.

After a year of speaking with various administrators, Emerson’s Counseling and Psychological Services (ECAPS) and the student organization Active Minds, as well as some turnover in staff, a new policy was implemented. The new policy in the 2015-2016 Student Handbook under the heading “Student Behavior That Raises Safety, Health, and Well-Being Concerns” is geared toward providing support for students who struggle, not sanctions.

“The College will reach out to the student and any medical professionals, as appropriate, and will review relevant information and possible options with the assistance of Counseling and Psychological Services and/or the Center for Health and Wellness.”

The policy states that only if the student is determined to be dangerous to themselves or others, he/she will be required to withdraw from the College.

“In that event, the student will be permitted to appeal the College’s decision to the vice president for diversity and inclusion within ten (10) days of removal.”

Emerson College still has a long way to go before it approaches mental illness perfectly. The Elective Insurance Policy is still in place, and ECAPS needs more resources, but it’s clear that Emerson is making an effort, and I applaud them for that. No Emerson student needs to be scared of whom they do and don’t confide in. No longer is mental illness punishable on campus. You don’t need a mental illness to stand by those who do. No longer is stigma written into the foundation of the school community.