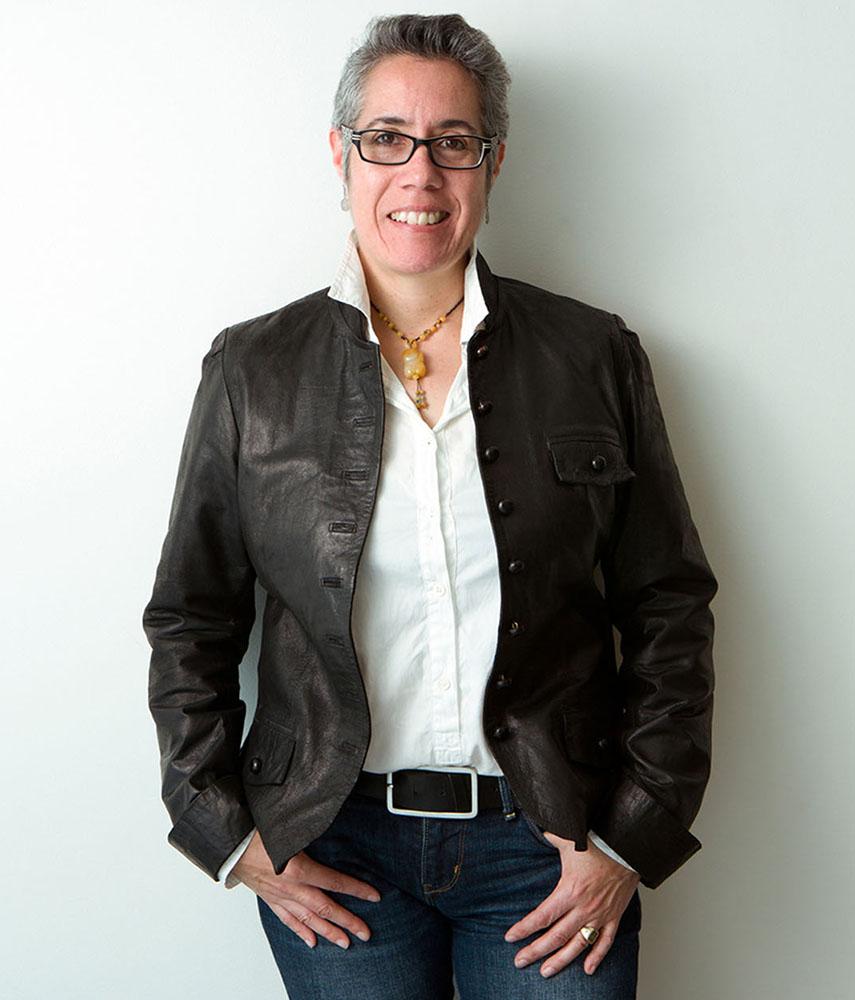 Last Monday, Emerson’s first Women in Film & Media Summit took place at the Paramount Center. The event brought together women working behind the camera and future filmmakers to discuss gender in the industry.

Cristina Kotz Cornejo, a director/screenwriter and associate chair of the visual and media arts department, organized the event. She pitched the idea to Emerson’s co-curricular film organization Women in Motion last spring, but the original thought came much earlier.

“In my mind, it’s been in the works for a long time,” Kotz Cornejo said. “But it’s now actually coming to fruition with the support of the college.”

Women in Motion, the Department of Visual and Media Arts, the Office for Diversity and Inclusion, and the Office of Multicultural Affairs sponsored the summit.

Kotz Cornejo said she reached out to her professional connections and made an effort to find people with different backgrounds. Among many others, she brought in Kelly Edwards, the vice president of talent development at HBO; Toni Barton, an art director and production designer who has worked on the television shows “Daredevil” and “Girls”; and Linda Reisman, a distinguished producer-in-residence at Emerson who recently worked on the film “The Danish Girl.”

“It was totally intentional to have a diverse group of professional women working in behind the scenes roles [at the Summit],” Kotz Cornejo said. “I think that students need that. They need to see women who are cinematographers, art directors, and production designers.”

The day-long event consisted of two panels, titled Strategies for Change and Success and The Creative Forces Behind the Camera; a roundtable discussion in collaboration with the Berklee College of Music; and a screening of “Songs My Brother Taught Me” followed by a Skype Q&A with the film’s director Chloé Zhao. All the events were free and open to the public and, according to Kotz Cornejo, each averaged around 90 attendees.

Savannah Power, a senior visual and media arts major, said it was incredible to hear from the enthusiastic and relatable panelists. She said she particularly liked Lexi Alexander, a director and former stuntwoman.

“[Alexander] specifically stood out as a complete badass. She was super passionate and really funny as well,” Power said.

Kotz Cornejo said that Alexander told her she couldn’t believe that all her fellow panelists were women of color.

“For her, it was refreshing and long overdue to have diverse voices finally represented in earnest, and for me this is exactly what I was going for,” Kotz Cornejo said

The industry luncheon, sandwiched between the two panels, gave 81 Emerson students the opportunity to have lunch with nine of the professionals. Camille Speer, a sophomore visual and media arts major and the secretary of Women in Motion, said the event as a whole was successful but that the luncheon was particularly beneficial.

“That was a time when students could really get to know the professionals in the industry and ask them questions about their work,” Speer said. “And all the panelists were great. They wanted you to connect with them.”

Speer said that Alexander even handed out her email and invited students to follow her on Twitter, which reflected the collaborative nature of the event.

“I feel like that was just the same with all the other women [at the summit]. We really want to support each other,” Speer said.

Echoing Speers sentiment, Power said she thinks it is important for women to band together.

“We’re trying to come up in this industry that’s very male dominated,” Power said. “So it’s not only important to support each other, but it’s also important to start conversations.”

Kim Anderson, a junior visual and media arts major and the president of Women in Motion, said the spirit of the event lines up well with the organization. Anderson said that, much like the summit, the organization focuses on female filmmakers but encourages all genders to get involved.

“Even though it says ‘Women in Film & Media Summit,’ it’s just for everyone to come and appreciate work from—in this case—women,” Anderson said.

Andre Corea, a junior film scoring major at Berklee College of Music, attended the roundtable discussion between composers Germaine Franco and Jeanine Cowen, and sound and game designer Chanel Summers. Corea said he enjoyed listening to the speakers and that he wished he could have gone to all the panels.

Speer said the panels were important for students looking to enter the film industry in the future.

“What I heard most often was that you need to find a mentor in the industry, someone you can reach out to,” Speer said. “They can’t always necessarily hire you. But It’s just gaining that experience.”

“That’s been the party line—that there aren’t enough women,” Kotz Cornejo said. “And that’s not true. There are women and there have been for many years.”

“They’re inspiring to me and their voices need to be heard,” Kotz Cornejo said. “The world needs to know that women are making movies.”