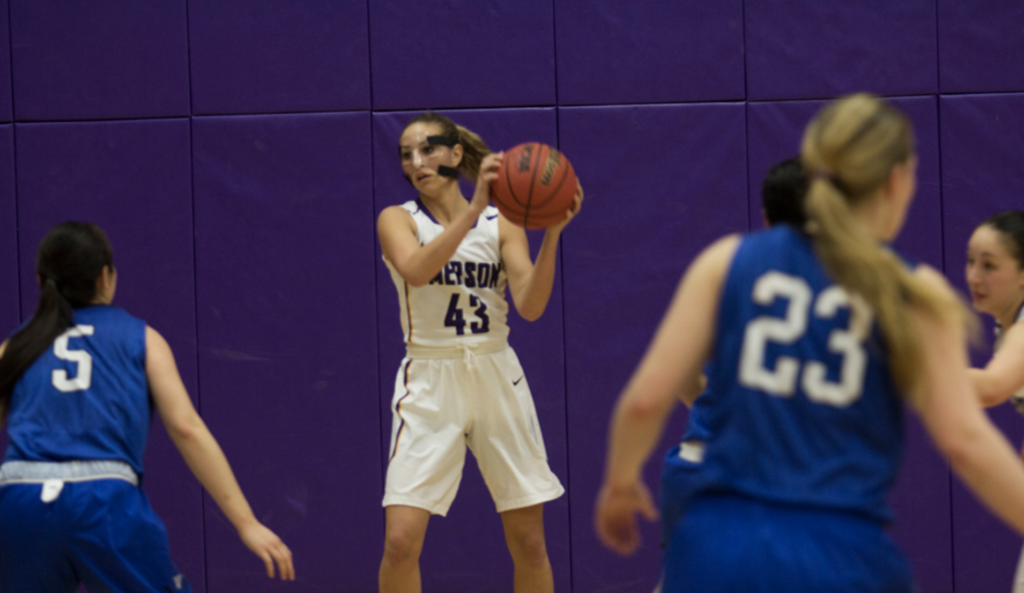 The steal has always been Eastin Ashby’s bread and butter, and now she owns the school record to prove it.

The women’s basketball team’s senior guard collected her 186th career steal during Saturday’s big win over Coast Guard, which makes her the all-time Emerson leader in the category. Her teammates led a brief cheer after the achievement was announced over the public address system during the second quarter.

“It was awesome,” Ashby said. “Defense has always been my game, so my defense is always my offense. Having all that pay off was really exciting, and it was cool to break a record.”

“She’s always, always, always been that,” Lions head coach Bill Gould said. “She just has such a keen sense of where the ball might be going and she’s got such good reflexes.”

Ashby’s record-breaking steal on Saturday also produced two foul shots on the ensuing breakaway, and she converted both. She then drained a three to give Emerson some breathing room ahead of halftime against Coast Guard.

Ashby’s player profile on Emerson’s athletics website notes that she collected seven steals in a game against Clark as a freshman. She said there’s a certain method to the craft.

“I try to play in between and almost trick the person with the ball into thinking I’m not guarding the other person,” Ashby said. “Then, if I see them about to release, I’m just going, and then run through the lanes and get those steals.”

Ashby and the Lions will be back in action on Wednesday night, traveling to Wheaton for an 8 p.m. tip.