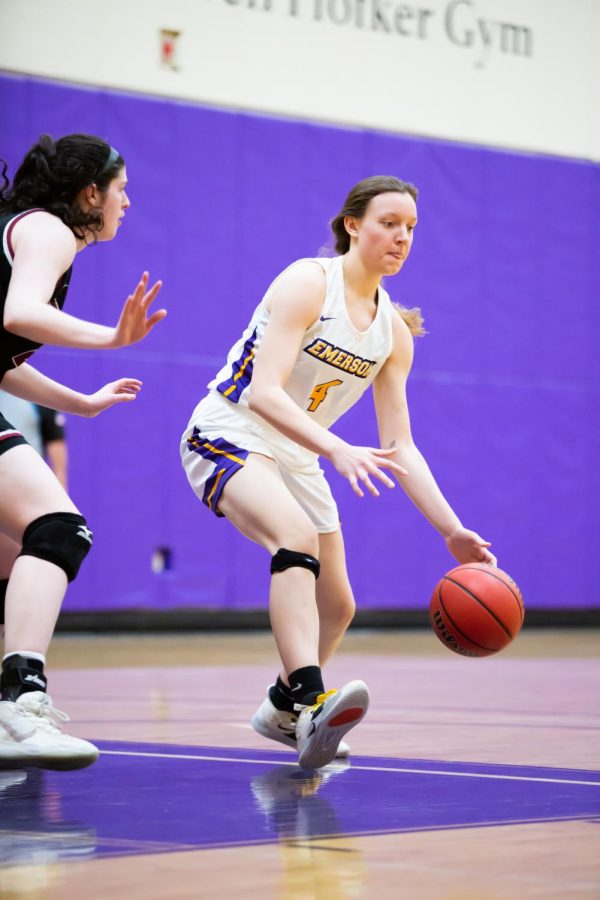 The Emerson women’s basketball team fell to Springfield College 76-45 in a heartbreaking defeat on Senior Day.

“I give them credit for really helping us out during such an awkward year— we didn’t play at all last year, and neither did they. For them to come in with such a young team and really help out, I thought they did a great job,” Gould said.

Saturday’s first quarter against Springfield didn’t see an Emerson point until nearly seven minutes in. The Lyons built a 10-0 lead that was eventually broken by a layup from Allen and another from junior forward Carla Pelino. Springfield continued to outscore Emerson, running up the score 22-10. Bushee scored Emerson’s last two points of the quarter with a trip to the line.

The second quarter opened with a turnover from  Springfield sophomore guard Ava Salti, which the Lions transitioned to a three-pointer less than a minute in. The Lions’ momentum was quickly stopped short by Springfield scoring tear, as senior guard Grace Dzindolet sank a three and three consecutive layups to which Emerson had no answer. After 5:17 minutes, the Lions ended their scoring drought with a three from Gibbons.  Beckmann hit the last bucket for Emerson with 1:36 left and the first half of the game ended 41-22.

Beckmann’s momentum kept going in the third quarter, where she scored 8 of her 10 points. She exchanged layups with Springfield guard Sidney Wentland, who added  8 points of her own over the course of the quarter. Emerson fought to close the distance but was outscored at every turn. Gibbons hit another three, only for Dzindolet to come back with one of her own. A trip to the line pushed Springfield past 62 points and a layup from Beckmann would be Emerson’s last points for the quarter, moving into the final stretch 62-33.

Emerson put up a close fourth quarter but Springfield outscored the Lions by two points. Gibbons scored the first points of the quarter less than 2 minutes in and contributed the last five of her 11 game points in the quarter. She sank a three with 2:11 left in the game, bringing the score to 76-45. The Lions recovered a dead ball in the final 25 seconds and held it as the seconds ran out, bringing the game to an end.

Gould knows what the team needs to work on for its next game against Smith College on Wednesdayv Feb. 16.

“We need to be mentally intense… right from the beginning, you have to consistently play. This is a very good conference athletically, and you have to be ready to play and compete every single game.”