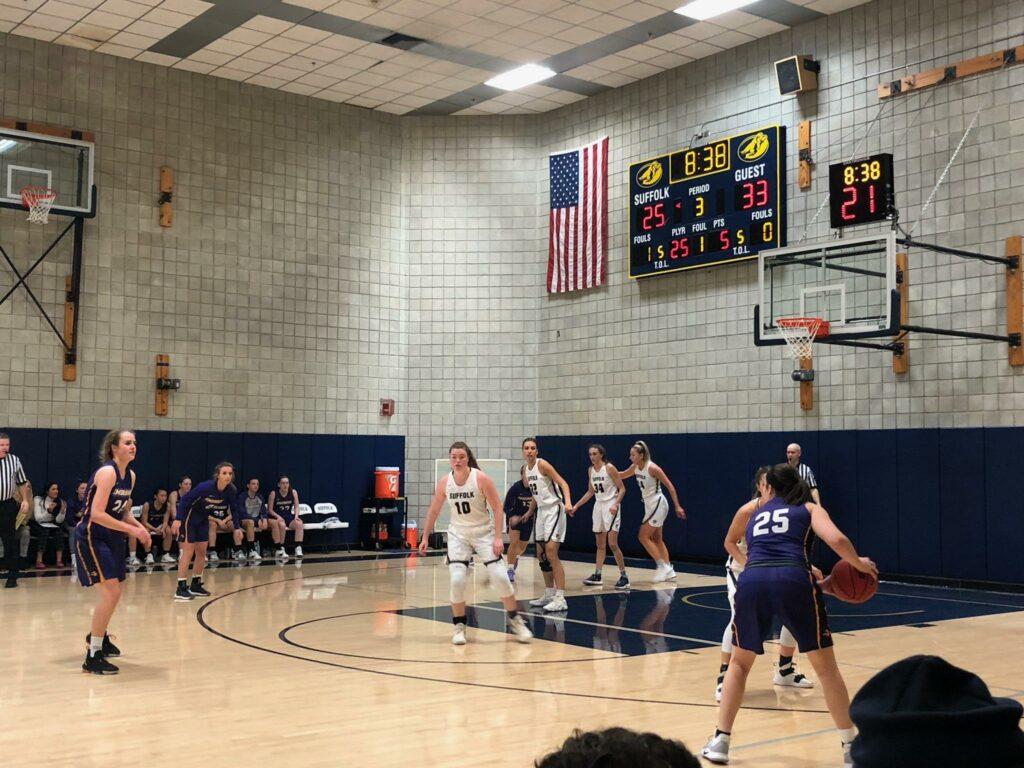 The women’s basketball team tipped off the 2019-20 season with a narrow 59-53 non-conference win over the Suffolk University Rams.

The game remained neck and neck from the tipoff. Suffolk could not maintain a lead throughout the contest despite drawing first blood. The Lions ended the first quarter with an 18-15 lead.

A dominant performance on both sides of the ball saw the Lions take a 31-25 lead into halftime. Senior guard Quinn Madden led the team with nine points and three rebounds in the first half.

“We weren’t sloppy like bad sloppy, just sloppy like you could tell it was our first game,” Gould said in a post-game interview. “There were some jitters and a couple of shots that probably could’ve gone in but didn’t, but it was overall really good.”

Junior forward Sam Boyle and junior guard Ashley Toner propelled the Lions to victory with their scoring in the second half. Boyle led the team with 14 points and Toner added 12.

The Lions forced 23 turnovers throughout the night as a result of a strong defensive performance. The team capitalized on these opportunities, scoring 22 points off of turnovers.

Gould said the team needs to improve on small aspects of its game moving forward.

The Lions will host Gordon College in their home-opener on Thursday, Nov. 14 at 7 p.m.