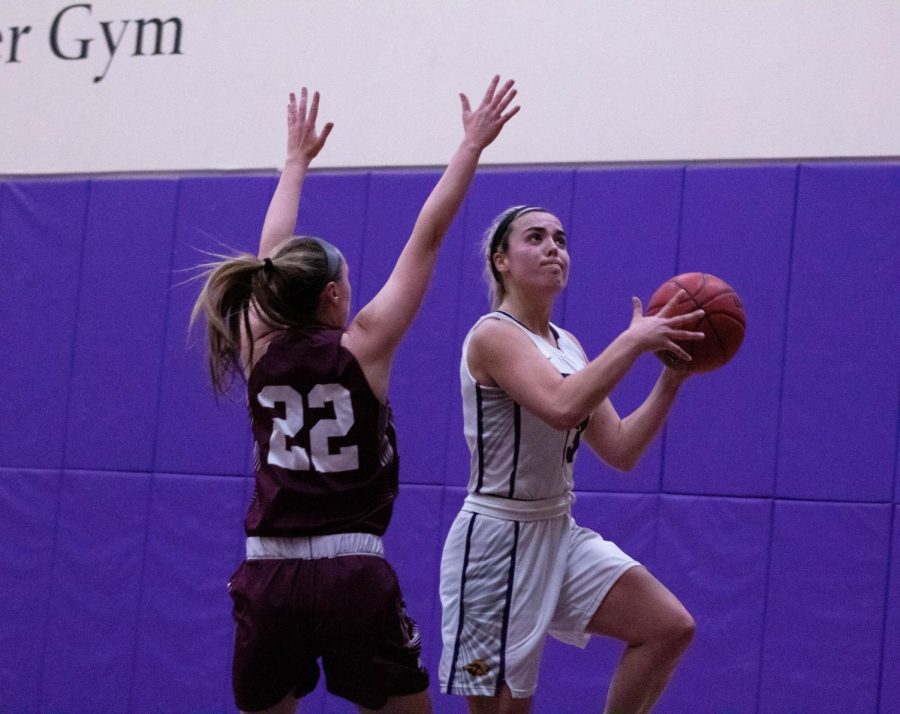 The women’s basketball team lost to the Springfield College Pride by 40 points on Saturday, its third straight loss in conference play.

Springfield came into this matchup as the top-ranked team in the New England Women’s and Men’s Athletic Conference. The Pride also boast the conference’s second–leading scorer, senior guard Alex Goslin.

The Lions trailed the Pride 7–25 at the end of the first quarter and made just under 22 percent of their shots. The Lions also turned the ball over eight times in the period.

“We only had eight players who could play to begin with,” Gould said in a post-game interview. “We were down with players getting hurt, with Natalie being out, and with Rachel being out. Those are some of our top six players. And then you play the number one team in the conference. It’s not going to go well.”

After the Lions trailed by 18 in the first quarter, the Pride’s scoring slowed down, and they only increased their lead by one point.

“They’re number one in the conference right now,” Boyle said in a post-game interview. “They’re coached well, and they communicate well. They had open opportunities, and we were just a little slow to respond.”

The Pride continued to add to their lead in the third quarter, finishing with 12 made shots and two three-pointers.

Gould said the players’ lack of energy led to turnovers.

“It’s getting mentally and physically fatigued, and then not being able to make the adjustments,” Gould said. “The ball gets thrown away, and then you give the other team confidence, and now their defense becomes better than it actually is.”

Springfield finished the game with a 40-point lead, the Lions’ second-largest margin of defeat this season.

Boyle said she remains optimistic after this matchup and said this loss could help the Lions learn what they need to improve upon.

“You can take positives away from any loss,” Boyle said. “By watching the film and seeing what you can improve upon, we can keep working and be more prepared when we see them in the playoffs.”

The Lions face Clark University away on Wednesday, Feb. 5 at 7 p.m.