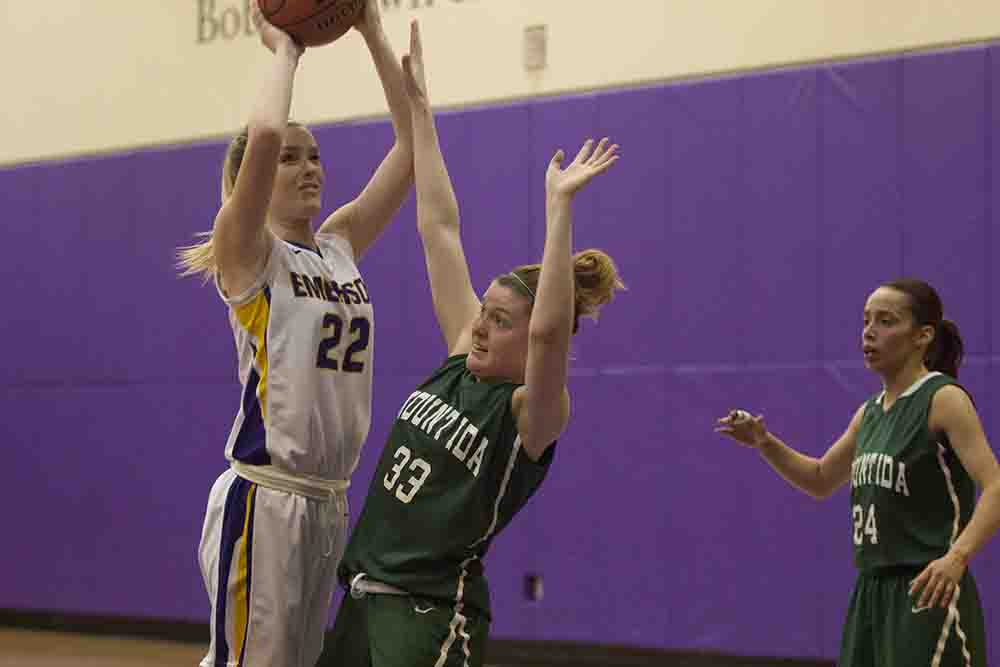 Look for the Emerson women’s basketball team buck convention during its first season in the New England Women’s and Men’s Athletic Conference, as head coach Bill Gould has decided to play a run-and-gun style despite the current NEWMAC trend of grinding, halfcourt basketball.

Gould’s bold choice of direction will be put to the test immediately as the Lions will jump right in with a challenging game against Wentworth at noon Saturday in the first round of the Emerson College Tip-Off Classic. They will play their opening game as a member of the NEWMAC at home against the Massachusetts Institute of Technology at 7:30 p.m. Wednesday, Nov. 20.

Emerson has played MIT the past two seasons, splitting the games. The Engineers were ranked eighth out of 11 teams in a NEWMAC preseason coaches’ poll, two spots ahead of the Lions.

Gould said one barometer the team is looking forward to will be a Jan. 4 home game against Babson College, the Lions first game back from winter break. Babson has won the NEWMAC postseason tournament five straight years.

Emerson will rely heavily this season on junior 6-footer Kristin Brice, a forward who led the team last year with 16.2 points per game, ranking sixth in the Great Northeast Athletic Conference.

Although rotation players Shannon Norton and Amy Sherman have both graduated and moved on, Gould said he expects all four freshmen — Emily Cameron, Elizabeth Horan, Maria Santora and Olivia Still — to receive playing time this season, giving him an even deeper range of options.

According to Gould, referees have been instructed to call more fouls in order to create more free-flowing movement throughout women’s basketball. He said he made the decision to cultivate a more up-tempo style before the new emphasis was put in place.

Last year, seven of the 10 other NEWMAC teams averaged 54 points per game or fewer.

The Lions went on a seven-game winning streak late last season and finished at 13-13.

“We are definitely going to be better than we were last year,” Gould said. “What that is going to translate to record — wise I have absolutely no idea because we’re in the new conference.”