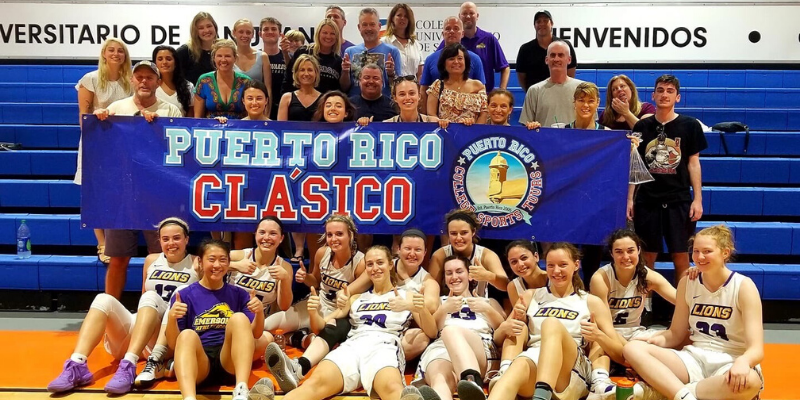 The women’s basketball team defeated nationally-ranked Messiah College in overtime Monday by a score of 63-61 in Puerto Rico.

After losing to the University of Massachusetts Boston on Sunday, the Lions bounced back with a win over the twelfth-ranked team in Division III. The Lions trailed by eight points going into the fourth quarter, but six points from junior forward Sam Boyle helped the Lions tie the game at the end of regulation.

Senior guard Kate Foultz made two free throws to give the Lions a 61-60 lead with 57 seconds remaining in overtime, and the Lions’ defense held on for the win. Three Lions finished the game with double-digit scoring— including senior guard Quinn Madden—who scored 19 points to go along with nine rebounds and three assists.

The Lions held Messiah to a 31 percent field goal percentage and limited the Falcons to only one three-point shot in 15 attempts. Boyle recorded the first double-double by a Lions’ player this season with 12 points and a season-high 10 rebounds.

The Lions end their Puerto Rico trip with one win and one loss and play their next game on Jan. 7 at Framingham State University at 6 p.m.