Women’s basketball shines in second half against Wheaton 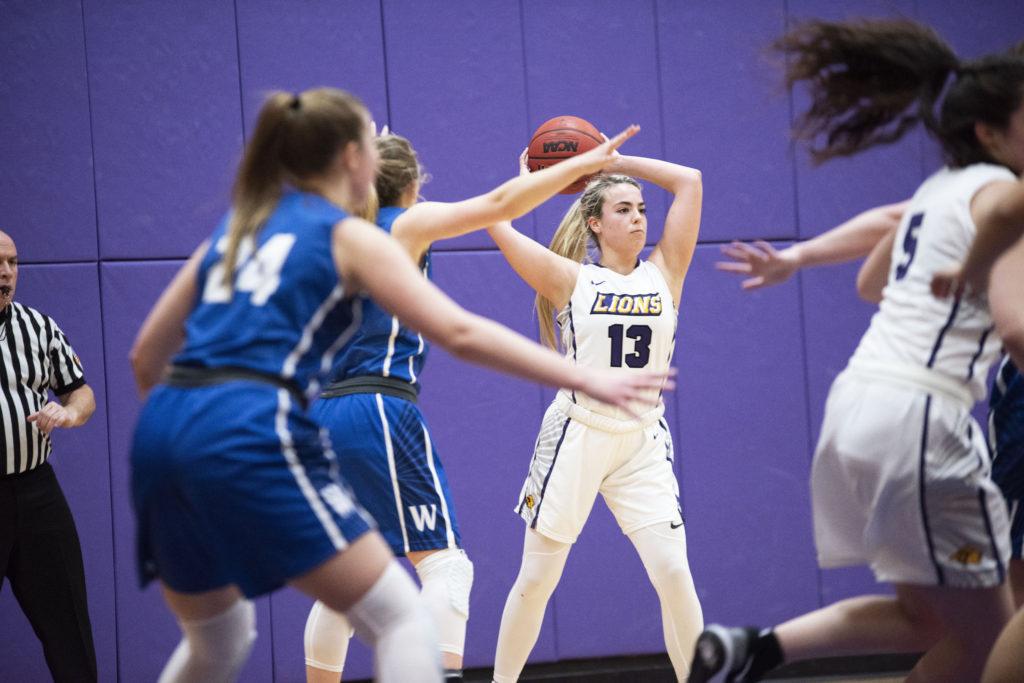 The women’s basketball team improved their record to 5-4 in the New England Women’s and Men’s Conference after securing a 60-51 victory against Wheaton College on Jan. 24.

Emerson trailed 25-23 by halftime after shooting 25 percent from the field and 11 percent from behind the arc. In the second half, the Lion’s took control of the game by making 6 of their 13 three-point attempts.

In a post-game interview, Emerson head coach Bill Gould said an improvement on all aspects of the court was essential to their win.

“We just tried to focus a little more on defense and a little less on what we weren’t doing offensively because we didn’t make a lot of shots,” Gould said. “We played a bit smarter, not even harder—we were playing hard the whole game.”

Sophomore guard Rachel Davey scored a career-high 16 points off the bench while leading the team with three three-pointers. Gould said Davey scored when the game mattered most and provided a key boost for the team.

“[Davey] did some great things for us and made some tough, clutch shots,” Gould said.

The Lions recorded 47 rebounds during the game—the most since their 52 rebounds against Lasell College on Dec. 6. Junior guard Natalie Clydesdale led the team with an impressive 15 rebounds, seven of which came on offense. Clydesdale now ranks tenth in the NEWMAC with 6.8 rebounds per game.

Davey said the Lions could not afford another conference defeat after losing three of their last four games against NEWMAC opponents.

“We’ve been having a few losses in [the] conference lately, so we really needed this, not only as a pick-me-up but also because all games are super important in the conference,” Davey said.

The Lions will play away at Springfield College on Jan. 26 for their next NEWMAC matchup.