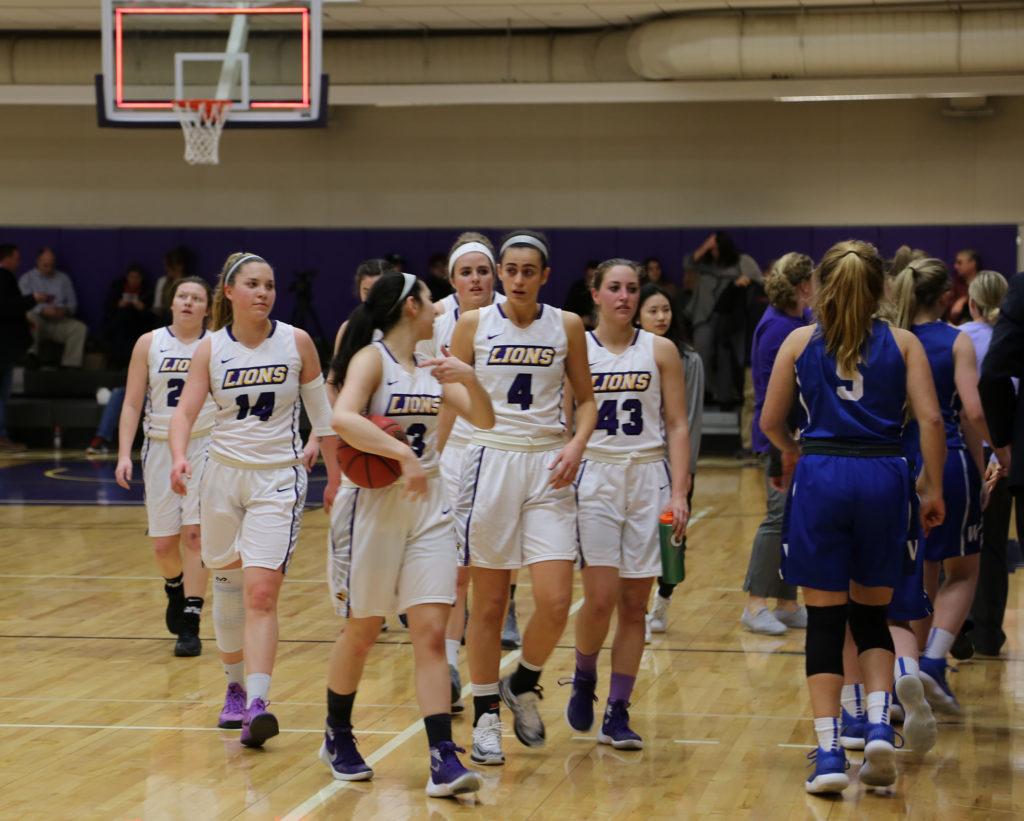 Emerson lost 78-48 in their only meeting with Babson this year. Photo: Kyle Bray/Beacon Staff

Emerson’s women’s basketball team will face off against No. 3 seed Babson College in the quarterfinals of the New England Women’s and Men’s Athletic Conference playoffs on Wednesday, Feb. 21.

The Lions finished their season with an 8-8 conference record, which places them sixth in the NEWMAC standings. Emerson closed out its season on Saturday against Worcester Polytechnic Institute as they lost 58-47 despite sophomore Quinn Madden’s 16 points on 6-of-9 shooting.

In the NEWMAC tournament system, the sixth seed takes on the third seed in the quarterfinals, with the winner facing either the second or the seventh placed team. If Emerson beats Babson, the Lions would advance to face WPI or the United States Coast Guard Academy.

When Babson and Emerson met for the only time this season, 78-48, the Beavers were victorious. Junior forward Payton Ouimette led Babson with 18 points and 16 rebounds on 8-of-17 shooting. Charlie Boyle led the way for the Lions with 14 points—tying her season-high in scoring on 7-of-9 shooting.

The Beavers have a 13-3 record in the NEWMAC this year which includes a 7-4 overall record at home. Babson averages 67 points per game and enters the playoffs on a two-game winning streak.

Babson has a rebounding advantage, with an average of 45.2 rebounds per game as opposed to Emerson’s 36.5.

The two will face off at Babson’s Staake Gymnasium on Wednesday, Feb. 21 at 6 p.m.

Update: An earlier version of this story listed the scheduled start time for Wednesday’s playoff game as 7 p.m. The start time has been moved up to 6 p.m.