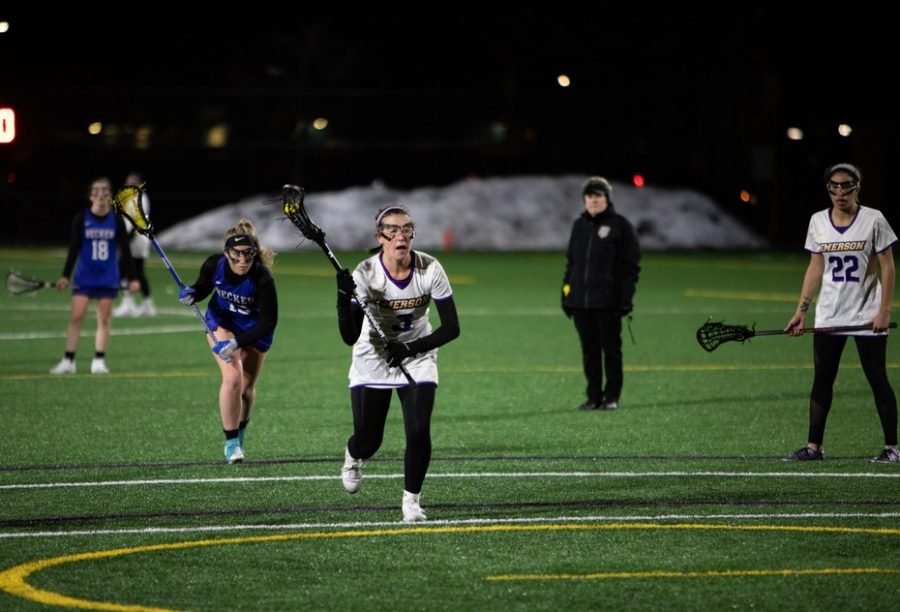 The women’s lacrosse team recorded its second loss of the season in a 16-1 defeat against Wheaton College in a conference matchup at Nordin Field in Norton, Massachusetts on Saturday.

Sophomore midfielder Jessie Killburn led the way for the Wheaton Lyons with five goals and an assist, while senior midfielder Casey Kaplan bagged a hat trick.

Emerson gave up its first goal 1:20 into the game as Kaplan opened the scoring for Wheaton. Kaplan added a second goal 12 minutes later to make the score 2-0 for the Lyons, who ended the first half 7-0 with five more goals from five players.

Kilburn scored three goals in five minutes to start the second half for the Lyons, which was followed by six more goals to make the score 16-0.

Longstreet put Emerson on the scoreboard with 1:05 remaining in the game.

For their next game, Emerson will host Clark University in conference play on Saturday, April 3 at 7 p.m. at Rotch Field.