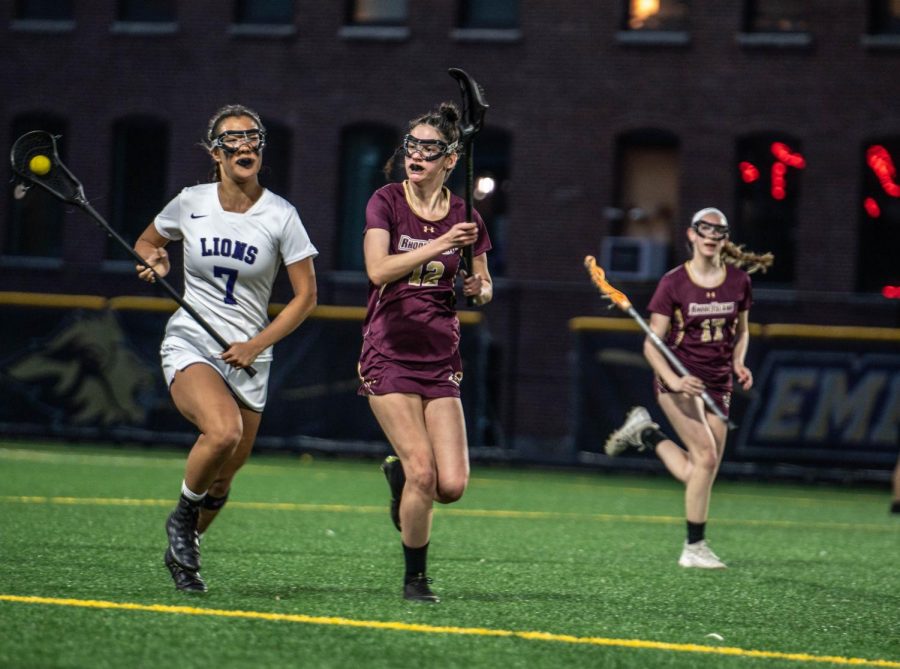 Through the last three games, the team has scored 39 goals, recorded 10 assists, forced 43 turnovers, tallied 23 saves, and holds a 2-1 record.

Tomsky scored three of her total six goals in the first period and the Lions led 6-0 going into the second. Mark, Nelson, and Mumford each scored one goal. Mumford’s goal came off an assist from Mark and Mumford assisted Nelson’s goal.

After halftime, the Lions scored 11 more goals to add on to their lead and held Nichols to four goals. Tomsky scored three more goals, Mark scored two, Nelson recorded two more goals, and Burns, Mumford, and Mallon each scored one. Nelson had a goal assisted by Mallon and Tomsky had her sixth goal assisted by Mumford.

The next scheduled game against Emmanuel College on Wednesday, March 18, was canceled. The Lions return to the field at home against Clark University on Saturday, March 21 at 12 p.m.