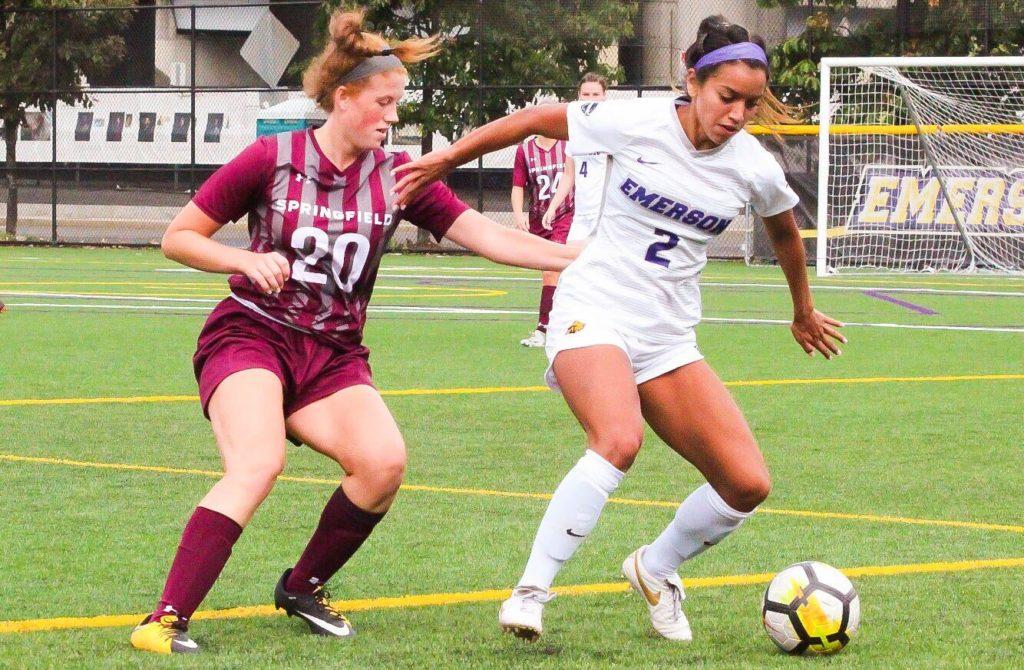 Head coach David Suvak and assistant coaches Colin Connolly and Loy Urbina chose the three players based on their applications. Captains from the previous season also wrote recommendations about who they believed should take their place.

Alberts, a journalism major from Half Moon Bay, Calif., scored five goals last season, including two game-winners. She was also inducted to the New England Women’s and Men’s Athletic Conference’s Academic All-Conference Team after the 2018 season.

“She’s willing to talk to players about their commitment, work ethic, and the technical proficiency that they should be showing in practice and in matches,” Suvak said. “She has a very high standard for how players should look in training and in matches.”

Alberts said she will embrace the challenge of helping her younger teammates grow during her final season.

“I’ll definitely have more responsibility,” Alberts said.  “I’ll need to be more calm and collected on the field, and that will help me be a smarter player.  There’s a lot more riding on my actions and how they reflect on the Emerson women’s soccer team.”

Suvak said Benavente’s dedication makes her a great teammate with a passion for soccer and for the team.

“She is very invested in our team physically and emotionally,” Suvak said. “She’s super engaged with everybody on the team as well.”

Benavente said she is excited about the team’s future and is looking forward to being a captain.

“Now I’m in a role where it’s not just about me,” Benavente said. “I’m the one who needs to be pushing everyone else. It’s about my team as a collective.”

Rose, from Danville, Calif., finished with 102 saves and an 8-6-1 record last season. She was also inducted to the NEWMAC’s All-Conference Second Team.

Suvak said Rose’s attitude and engagement made her a perfect choice for the position of captain.

“She organizes and communicates to the players in front of her on the field,” Suvak said. “She has a great personality and is naturally a strong leader already.”

In 2018, the team finished with an 11-7-1 record and won the first home NEWMAC playoff game in Emerson’s history. Suvak said he believes the three new captains will lead the team to another successful season in 2019.

“I feel good about these three kids,” Suvak said. “They’re coming from different classes and different places, and they can bring something special to this team.”