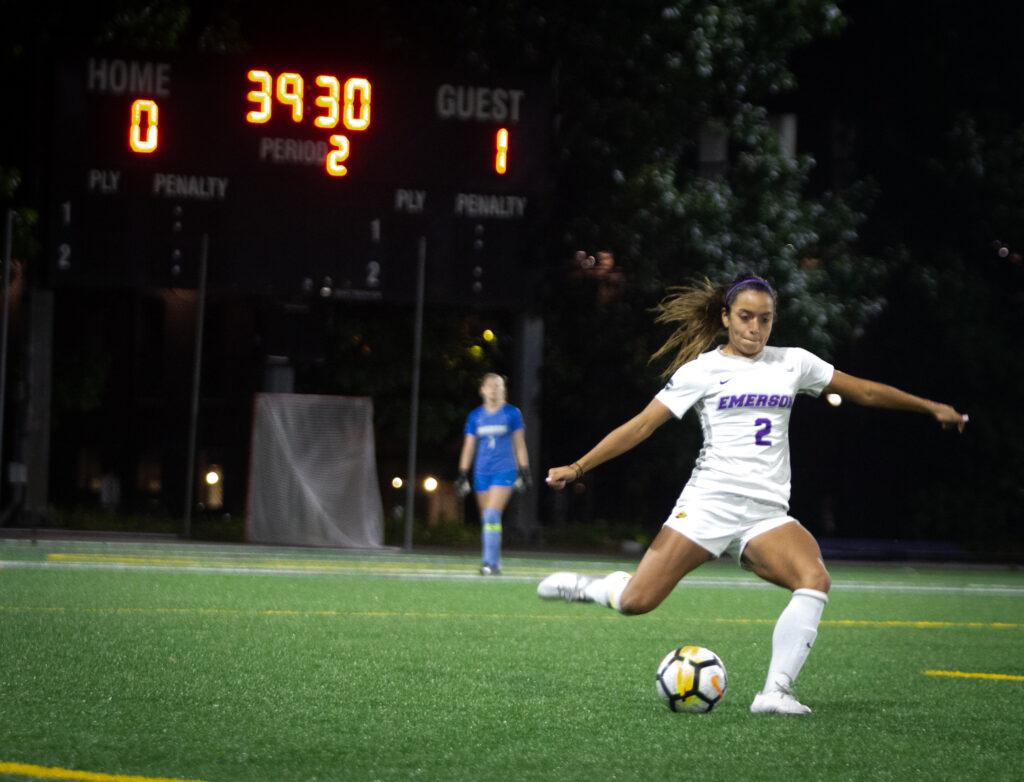 The women’s soccer team ended a four-game win streak following a 2-1 loss at home to Lesley University Tuesday night in the annual battle for the Charles River Cup.

Lesley opened the first half with a goal off a freekick seven minutes into the game.

Head coach David Suvak said the Lions did not start the game as strong as he had hoped.

Emerson changed the pace of the game to begin the second half, keeping possession and generating six shots on goal.

Freshman forward Alexa Ingersoll netted her first collegiate goal for the Lions and tied the game at 1-1 in the 78th minute after being substituted in for senior forward Veronica Alberts.

“We definitely had a different mentality coming into the second half,” Ingersoll said. “I’m a goalscorer, that’s my job, so I just took what I could get.”

A Lesley forward scored a goal with 12 seconds remaining on Emerson goalkeeper Megan Rose to seal the win.

Suvak said the team will use this game as a stepping stone for its next conference game against Springfield College.

“I think this is a good preparation game for that because of the speed that we are playing at,” Suvak said. “If we can do a better job of connecting passes and playing at a high pace, then hopefully we’ll be in a good situation.”

Emerson’s overall record fell to 6-2 following the loss while remaining 1-0 in the New England Women’s and Men’s Athletic Conference.

The Lions will travel to Springfield College on Saturday, Sept. 28 for their second conference matchup of the season at 3 p.m.

This story was updated on Sept. 30 to change “Springfield University” to “Springfield College” in the final sentence.