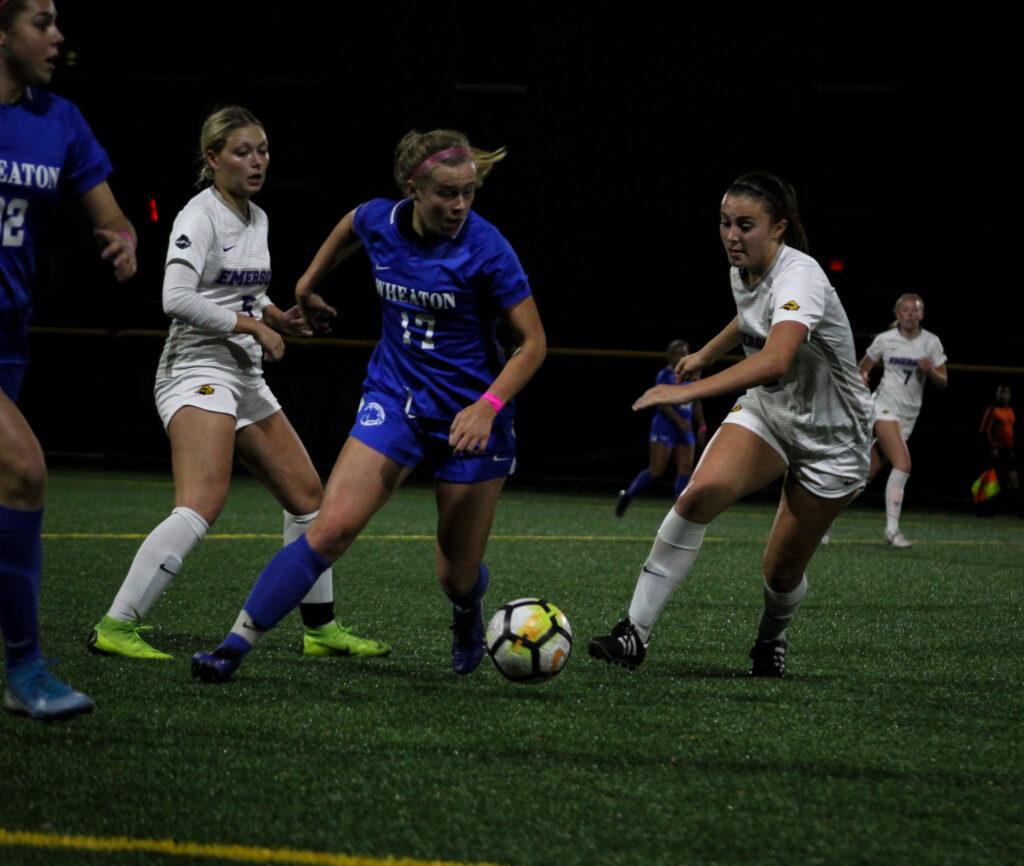 With the New England Women’s and Men’s Athletic Conference tournament fast approaching, the women’s soccer team is preparing to make another playoff push.

Going into the 2019 season, the Lions needed to fill some major holes on the roster. The seven seniors that helped lead the team to the semifinals in the NEWMAC tournament graduated and 11 freshmen filled those roles during the offseason.

“It’s really unique that I get to start and play the whole game as a freshman and be an impactful player,” freshman defender Bellamy Suter said in an interview following their game against Smith College on Oct. 8.

The Lions started four freshmen alongside Suter against Smith. Head coach David Suvak said the development of the first-year players led to more playing time for the underclassmen.

“We found that a couple more freshmen are able to contribute at a very high level,” Suvak said in an interview after the game against Smith. “We feel good about putting those players into matches.”

Those freshmen made an early impact for the Lions. In their season-opening match, freshmen scored both goals in a 2-1 victory.

“We’ve clicked from the start, which was great,” senior forward Veronica Alberts said in an interview following the win. “I think everybody, especially the freshmen, all bring something different that adds to our team.”

This became a theme over the team’s first half of the season. Freshmen scored 12 goals in their first seven matches, helping the Lions to a 6-1 record early in the year.

Suter credits the leadership of the upperclassmen for the success of the freshmen.

“The sophomores and upperclassmen are really inclusive and welcoming, and we all just had a strong bond,” Suter said. “Treating everyone equally and being a family has helped the freshmen come in and make a really strong impact.”

With the end of her Emerson soccer career in sight, Alberts said she is taking pride in her role as a leader on the field.

“I don’t have many games left, so I want to leave everything I have out there,” Alberts said. “I just love playing with this team so much.”

During a match against Mount Holyoke College on Sept. 21, Alberts recorded an assist in an 8-0 victory.

“I think that [Alberts] is starting to gain her stride right now,” Suvak said. “As one of our captains, I think she’s starting to play to her form from a few years ago, and her speed seems to be good.”

The Lions lost their next three matches by one goal, including their first road NEWMAC game against Springfield College.

Returning to Rotch Field after a two-game road trip, the Lions ended their losing streak against Smith College. A game-winning goal from Cosgrove in the 70th minute secured the Lions’ second conference win of the season.

“Each loss that we’ve had, I think we’ve gained something and learned something from it,” Alberts said. “Tonight we just had the drive to win, and I think that was evident.”

The Lions followed up their victory over Smith with wins over Worcester Polytechnic Institute and Wheaton College, which place them third in the NEWMAC. The final five games of the Lions’ regular-season are against conference opponents. This includes the Massachusetts Institute of Technology, which is ranked tenth in Division III by the United Soccer Coaches Poll, setting up for a game against two of the top teams in the conference.

This story was updated on Wednesday, Oct. 16 to reflect the women’s soccer team moving from second to third in the NEWMAC standings. Springfield College defeated Babson College, increasing its record to 5-1 in the conference, placing the team one win higher than the Lions.