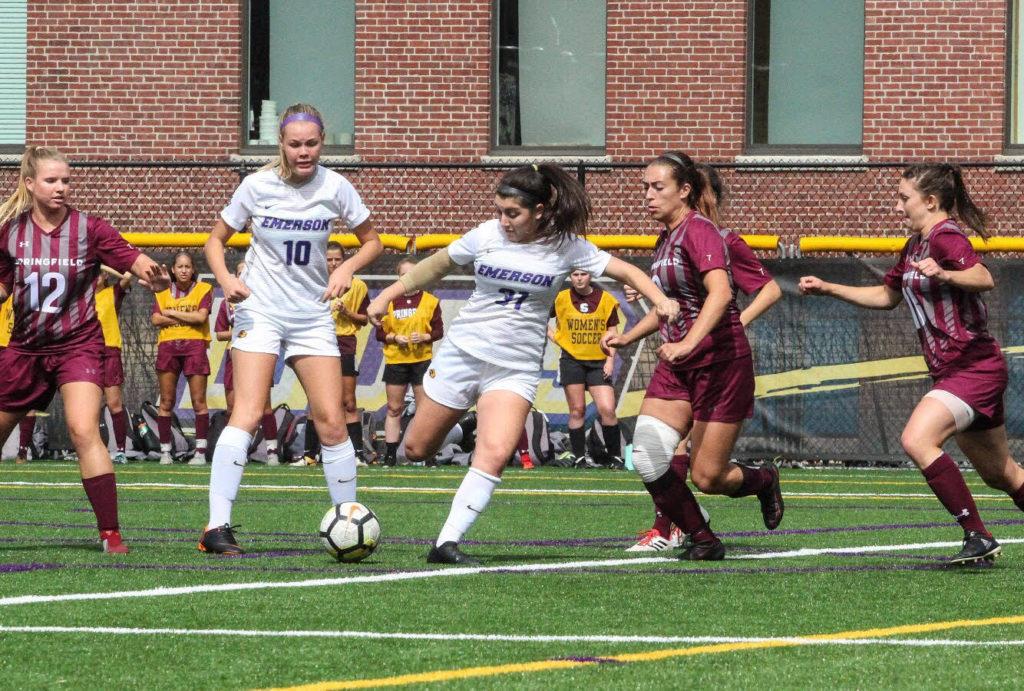 Emerson dominated possession of the ball in the first half, earning four corner kicks to Springfield’s zero.

“Our possession was very high-quality today when we were clicking,” Suvak said.  “[We] played an aggressive, fast-paced game of soccer.”

Freshman midfielder Kayla McNamara scored her first collegiate goal in the fourth minute off an assist from senior forward Jess Frost to give the Lions an early 1-0 lead.

“Getting my first college goal is a dream come true,” McNamara said.  “It was a pretty amazing feeling.”

Springfield forward Amanda Wright opened up the second half with a goal in the 48th minute to tie the game.

Springfield forward Sara Swetland scored the game’s deciding goal on a penalty kick in the 63rd minute to seal the 2-1 victory. The Pride outshot the Lions 11-6 in the second half and 17-11 in total.

Despite the loss, Suvak praised his team’s passing and playmaking.

“If we have one or two of those [shots] in the back of the net, it could be the difference between us tying or winning the game,” Suvak said.

McNamara said this game could help the team as the season continues.

“Obviously we didn’t get the result that we wanted to today, but I think this is just going to put a fire in us,” McNamara said.

With this loss, the Lions are 1-1 in the New England Women’s and Men’s Athletic Conference and 4-4 overall in the year.  Emerson won its last meeting with Springfield 2-1 in Sept. 2017, but the Lions’ record in this rivalry now sits at 3-5.

The Lions will face Lesley University on the road in its next game at 8 p.m. on Tuesday, Sept. 25.