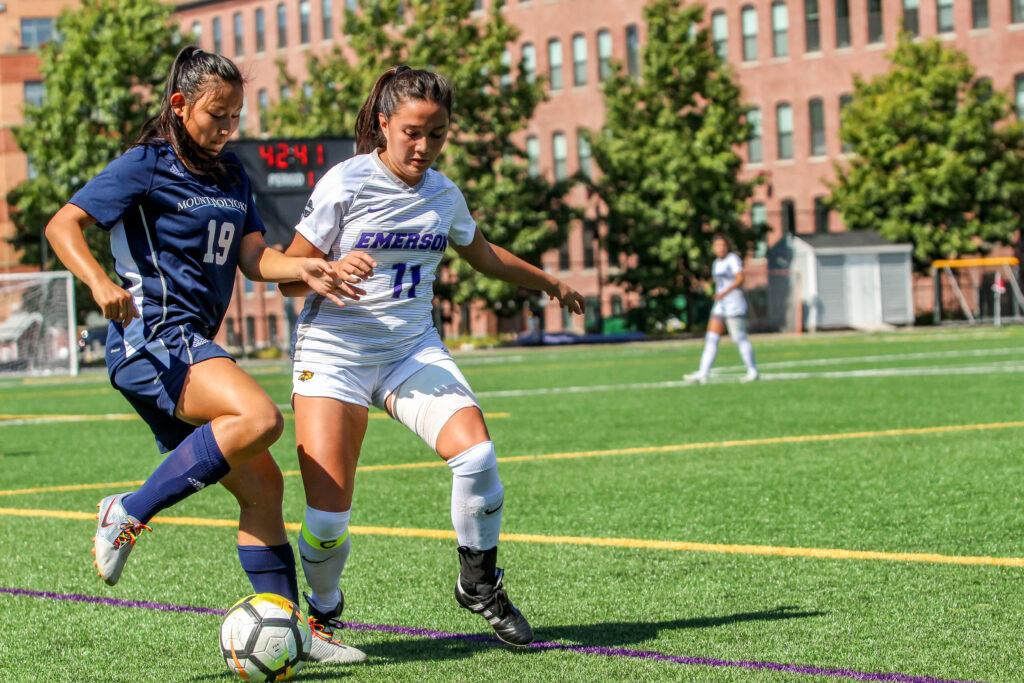 The win places the team first in the New England Women’s and Men’s Athletic Conference and continues its winning streak to four games.

Despite the team’s lopsided victory against Mount Holyoke, Cosgrove said the Lions need to continue playing as a team to keep the momentum going.

“We must keep momentum and don’t let down steam,” Cosgrove said. “We have to keep finding the back of the net and capitalize on opportunities.”

Bou Aziz scored one goal, increasing her total goals this season to five, which ties her with Cosgrove.

MacQuarrie scored the third goal of the game and said the team needs to improve on its playstyle before the next game against Lesley University.

“We need to be working on combo plays as well as finishing goals and set plays and executing plays,” MacQuarrie said.

Head coach David Suvak said in order for the team to continue its style of play, the Lions must focus on each game individually.

“We just try to prepare for each opponent,” Suvak said. “The team played well and we had a game plan. I feel good about our first conference win.”

The Lions will host Lesley University in a non-conference matchup on Tuesday, Sept. 24 at 5 p.m.