Women’s soccer to face off against Babson in NEWMAC quarterfinals 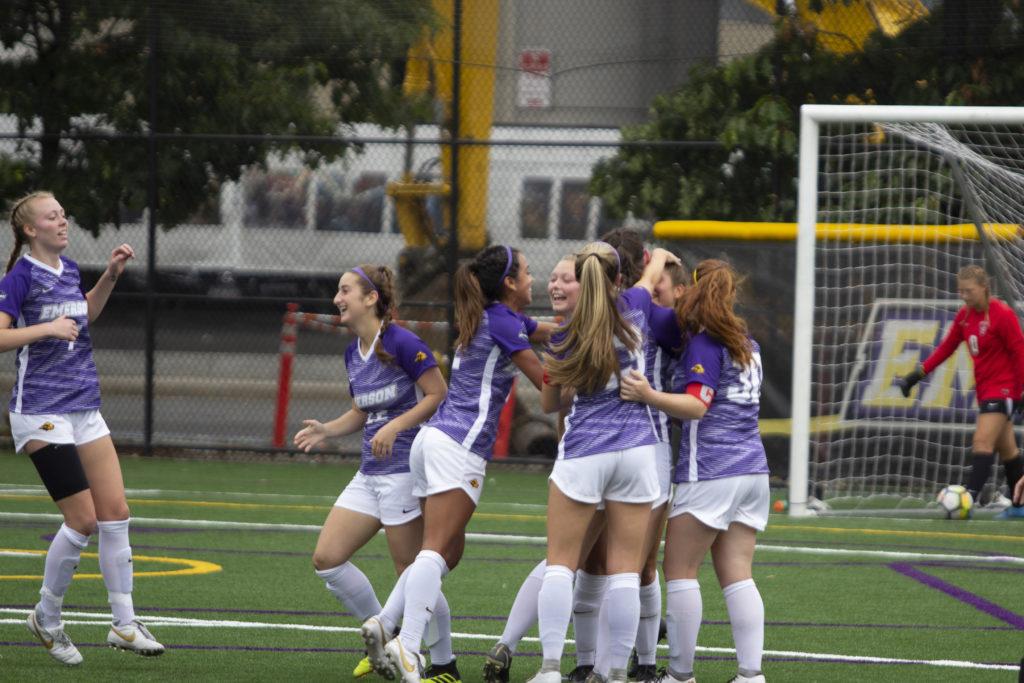 The women's soccer team defeated Babson 3-2 in its only game against the Beavers this season. Photo by Kyle Bray / Beacon Staff

The women’s soccer team will compete against Babson College in the quarterfinals of the conference playoffs on Tuesday, Oct. 30.

Emerson finished third this season in the New England Women’s and Men’s Athletic Conference standings with a conference record of 6-3-1. NEWMAC coaches placed Emerson in eighth place in the preseason coaches’ poll. The Lions closed their regular season with a tough 3-0 loss Friday, Oct. 26 against Massachusetts Institute of Technology.

The Babson Beavers performed 7-9-2 this season with a 4-6 NEWMAC record. Babson enters the playoffs with 31 goals during their 18-game season.

No. 3 seed Emerson takes on No. 6 seed Babson in the NEWMAC tournament bracket. The winner will play the victor between No. 2 seed Springfield College and No. 7 seed Wheaton College.

The only matchup this season between Emerson and Babson resulted in a 3-2 win for the Lions on senior day—the first time the Lions beat Babson in the history of the soccer program. The Lions’ three goals came from senior forward Jess Frost, senior forward Paige Haley, and senior midfielder Kira Venturini.

Frost leads the Lions with seven goals this season, and Haley follows with six.

Head coach David Suvak said the team hopes to make it past the first round of the playoffs.

“The team and I talked about how we are going to make history,” Suvak said. “We’re interested in making it to the semifinals, which is the second game, and we’ll take our chances against anybody and see if we can make it to the next game.”

Emerson and Babson will face off at Rotch Field on Tuesday, Oct. 30 at 7 p.m.