Women’s tennis focuses on the future 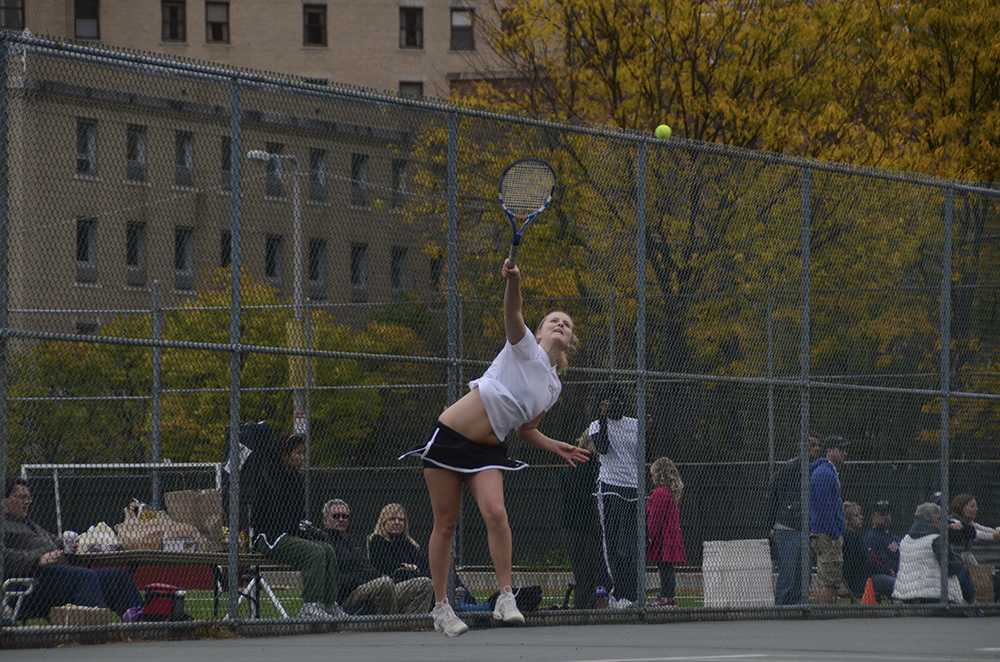 To some, six losses for the women’s tennis team this season may seem disappointing, but to head coach Colin Hyte, it’s progress.

Hyte has to work with a limited roster this year. Since Emerson joined the New England Women’s and Men’s Athletic Conference, the team has needed to find more players. Hyte said he is trying to fix this issue by bringing in new recruits and allowing players with little-to-no previous experience join the team.

Just like some of his players, Hyte is a newcomer to coaching. He was brought on in the spring semester of the 2013-2014 school year, and this is his first season coaching women’s tennis.

Hyte said the NEWMAC as a whole is a strong conference and that the other teams in it have more experienced talent.

“A lot of the girls have been playing tennis since childhood,” Hyte said of other teams.

Hyte said he had to take walk-ons in previous matches just to be able to field a team.

During the offseason, the Lions lost their senior captain Savannah Mosser, who was a member of the Greater Northeast Athletic Conference team in 2012, after she graduated.

One player who has been with the team since her freshman is senior captain Jana Winfield. Despite the team’s lack of success early on, she’s not getting discouraged.

“I think this team has a lot of potential to be great this season,” said Winfield, a visual and media arts major. “We learn, grow, and improve with every match and practice, so I am not worried about the losses.”

Winfield also commended Hyte’s ability to adapt his coaching tactics to each individual player, whether she is returning or a newbie.

“I’d say one of his biggest strengths is being able to look at each individual’s game and help them work on whatever it is they need to improve,” Winfield said.

The women’s team is currently winless (0-6, 0-5 in conference), but there are still seven games left on the team’s schedule.

And like Hyte said, “it’s a learning experience” for everyone.