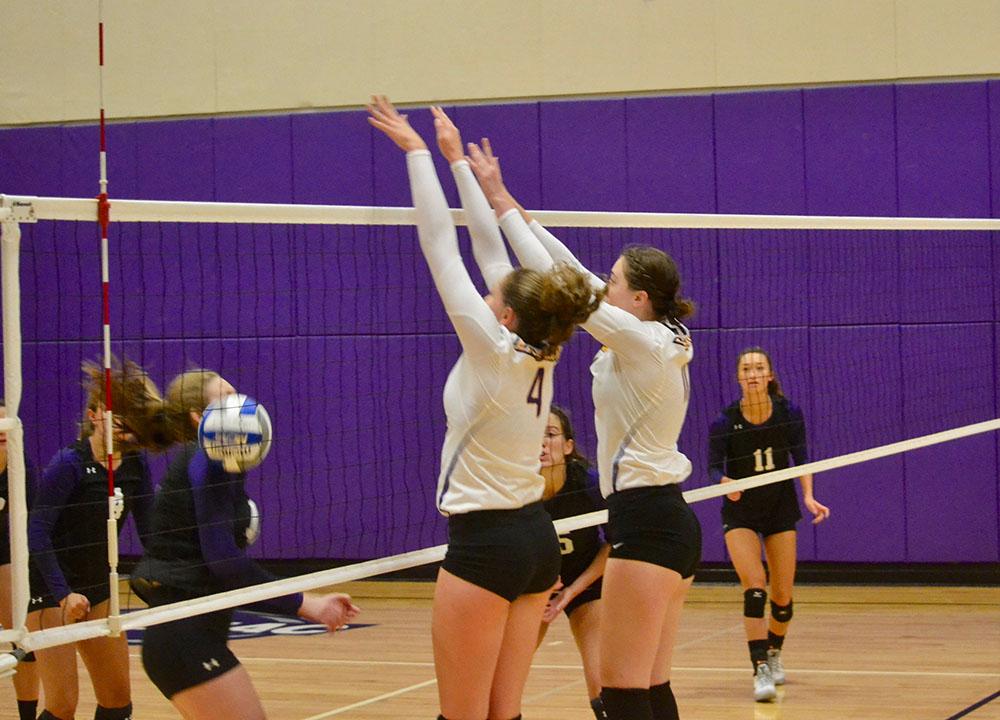 Emerson’s women’s volleyball team has a short roster with many young players. But head coach Ben Read is still aiming for the playoffs.

Last year, the team had one of its best seasons in recent memory, culminating in 20 wins and a trip to the Eastern College Athletic Conference final. It wasn’t perfect, though, as the group won only two conference games and missed the NEWMAC playoffs. This season, the Lions (4-4, 0-1) are off to a solid start, and are looking to make a bigger impact in conference play.

Read said he has high hopes for this conference season, despite a tough schedule and young roster. The team has one senior and only 10 players total. NEWMAC opponents MIT and Springfield have both received votes for national rankings, and both defeated the Lions last season. Despite all of this, Read sees the abundance of underclassmen as a positive not only for this year, but also for the growth of the program as a whole.

“I want to go ahead and build off of last year,” Read said. “Let’s aim for NEWMAC playoffs. Then next year, assuming everything goes well, we could do something really special returning as much of the team as we are.”

Junior setter Moira Brennan said she also feels that while last year was successful, the Lions learned from the turbulent season and are poised to be even better this year.

“We did have a really good year last year, but we made a lot of easy mistakes, and I think we can take the momentum we had last year and then come into each practice taking our mistakes and fixing them,” Brennan said.

Read said the group’s ability to learn and grow is one of its best qualities.

“Sometimes, when you [as the coach] get on a team, they can take it the wrong way. Like, ‘Oh, I’m not doing my job and coach is upset at me,’ but I don’t think this team is like that. They’re like, ‘I’m not doing my job, what can I do to do my job better and to help my team?’” Read said.

Halley Dewey, the lone senior on the roster, said that the team’s camaraderie is a strong suit of the squad.

Read attributes this team cohesiveness not only to the players themselves, but also to a change in the program’s culture. He said time spent off the court has been important for this group.

“We’re changing the culture of the program a little bit,” Read said. “We have a group of student-athletes that have really put a lot of time in off the court, getting stronger in the weight room and just being committed to the sport.”