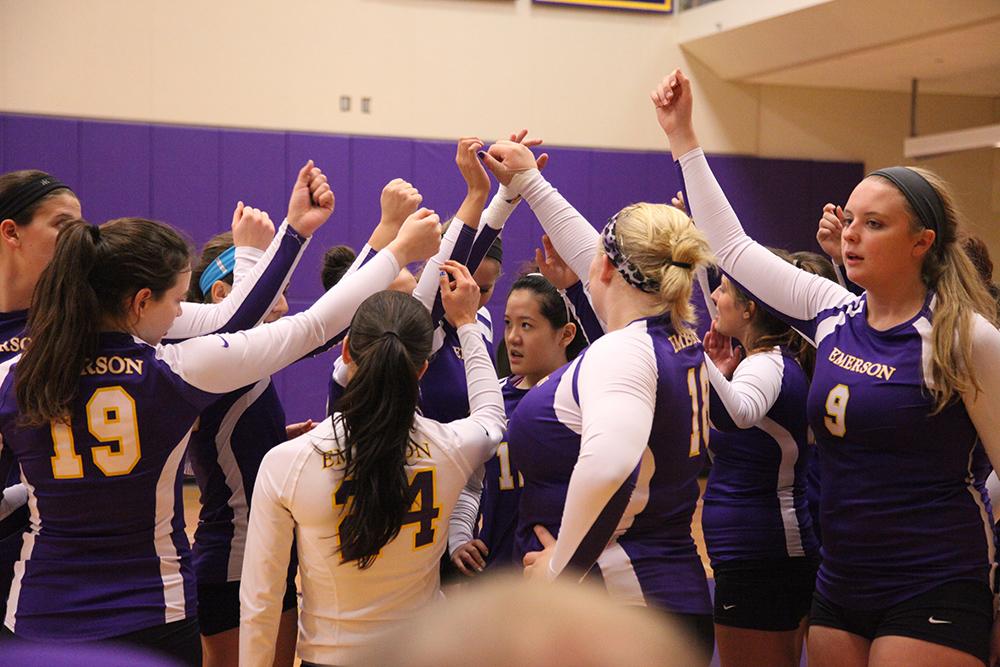 Emerson’s women’s volleyball team played Wheaton College for the first time as a member of the New England Women’s and Men’s Athletic Conference and hosted the Lyons for the first time since Emerson coach Ben Read and Wheaton coach Craig Letourneau swapped positions in 2011. Read coached the Lions to the NCAA Division 3 Tournament in 2012. The Emerson women reached the NCAA Tournament for the first time in 2009 under the guidance of Letourneau, who was named the the Great Northeast Athletic Conference Coach of the Year the same season. Letourneau’s Lyons beat Emerson by set scores of 21-25, 26-24, 25-27, 25-20, and 15-11.