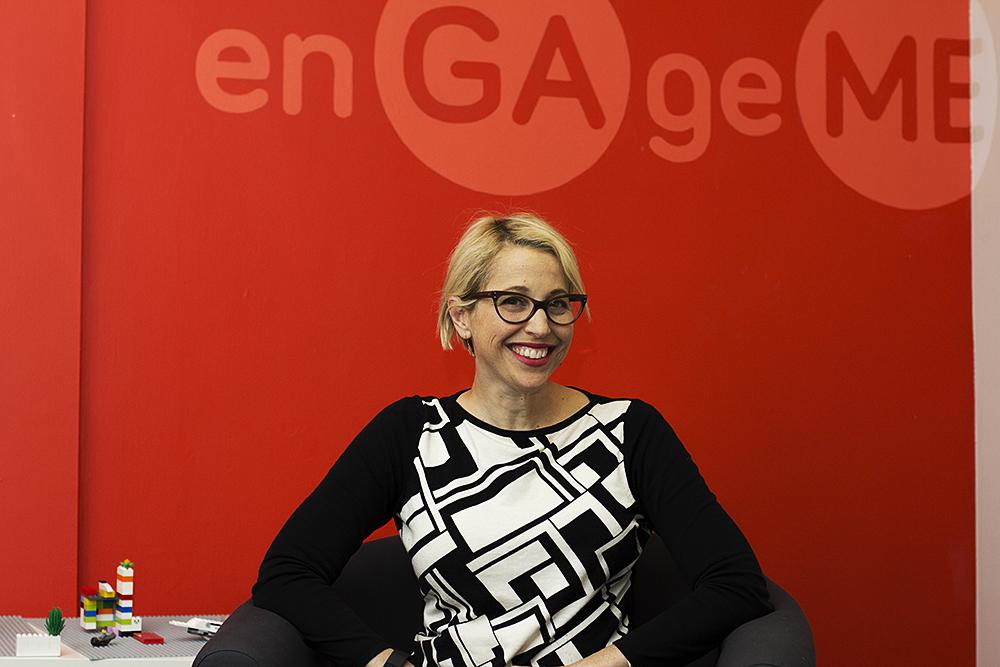 Right as winter break began, professor Miranda Banks’ new book The Writers: A History of American Screenwriters and Their Guild arrived in bookstores and at online retailers like Amazon.

Banks, an assistant professor in the visual and media arts department and a fellow at the Emerson Engagement Lab, has spent the last six years researching and writing what she hopes is a definitive account of the Writer’s Guild Of America—the influential unions that represent film, television, and radio writers. She was inspired by the Guild’s famous 14-week strike in 2008 that severely slowed creative production in Hollywood as staffers and actors picketed in solidarity.

Banks spoke with the Beacon about her book, her writing process, and how her outside work influences her classes at Emerson.

The Berkeley Beacon: Where did you get the idea for this book?

Miranda Banks: I have been studying labor in Hollywood for a number of years. I have done work on women in Hollywood and costume designers in Hollywood. And I’m really interested in guilds and unions in Hollywood. I was teaching at USC during the buildup to the 2008 Writer’s Guild Strike and saw the lead up to that strike and became fascinated with what was happening and knew something big was going to happen and started writing about it during that time. So I started learning about the Writer’s Guild. And the more I learned about the history of the guild, the more fascinated I became.

BB: How did it evolve from this passion that you were following to a book?

Banks: Screenwriting professors at USC were having these special meetings with their students during the strike, explaining to them the history of the guild and why students shouldn’t write during the strike, why they shouldn’t use this moment of the strike as their opportunity to make themselves something for the studio. I realized in my History of Media classes that I wasn’t covering the guilds. And I realized it was crucial information for people going into this industry to understand.

BB:  Have you started incorporating what you learned from your book into your classes?

Banks: Yes. I started teaching a class in 2012 called Screenwriters in Hollywood and my students were the first people I tested some of this material on. Just last year, my students used the manuscript for my book as their text book. I learned so much from them and they were wonderful at helping me with what was working and what wasn’t working and what was helpful to them. The things they didn’t understand and the things that excited them guided me in what I needed to add or change.

BB: What were some of those things in the book that really excited them?

Banks: Students really love understanding the history and role of the showrunner. A lot of students want to be showrunners in their careers. They want to be famous writers. And for them to really understand how the role evolved and changed over time is important. There were incredibly famous television shows with writers they never heard of.

BB: Who were some of the people you got to interview for this book?

Banks: I was the luckiest person. Having the opportunity to talk at such length with some of the foremost writers and media makers in film and television was such a treat. No one said no to me: Norman Lear [Emerson alum, creator of All in the Family], Carl Reiner [creator of The Dick Van Dyke Show]and Mel Brooks [director and writer of Blazing Saddles, Young Frankenstein,and Spaceballs].These interviews were oral histories. It was a really deep dive into what their lives as writers were. And that was a treasure.

BB: Do you have any other projects coming out?