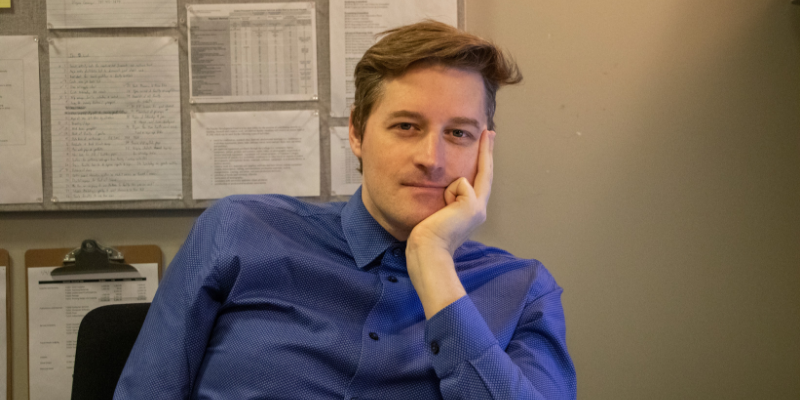 The Writing Academic Center plans to release a Chinese name pronunciation and awareness guide by fall 2019 to help faculty, students, and staff pronounce the names of their peers, according to a college official.

“Several people mentioned it to me in various situations that they were having trouble pronouncing or remembering [Chinese] names,” McPeek said in an interview. “I’m doing my best in creating a quick guide which will represent the most common syllables that appear in Chinese and provide the closest pronunciation of the name.”

McPeek said Chinese names can be difficult to pronounce for native English speakers because they are typologically distant—meaning each language produces different sounds.

The guide, which is titled “What’s in a Name?” will help English speakers on campus get as close to an accurate pronunciation of non-English names as possible, and it will attempt to reduce the limitations of the syllables and sounds in the English language, McPeek said.

McPeek said he wanted Chinese students to feel comfortable saying their Chinese name to professors and other students.

Shanghai native and freshman Qinyun Fan said the guide could be a good resource for the Emerson community.

“A lot of Chinese students use their real Chinese name as their preferred name instead of an American name,” Fan said in an interview. “So it is good that they are making a resource like this for the Emerson community to use.”

Administrative Associate to the Chair of the Journalism Department Christopher Wilson created a Chinese pronunciation sheet for the journalism offices with the help of sophomore Ziqi Wang. He said he got the idea when he noticed the faculty struggling with remembering and pronouncing Chinese names.

“I know we do have a lot more students from China [coming to Emerson],” Wilson said in an interview. “I studied Mandarin for a few years in college and thought this would be a good way to help the faculty.”

Ziqi Wang is the assistant opinion editor at the Beacon and wrote an op-ed on the topic of pronouncing unfamiliar names.

Freshman Chinese student Sining Pan said the pronunciation sheet helps others pronounce Chinese characters, but it does not cover every Chinese name.

“It is a very general pronunciation sheet, but it can help pronounce some of the Chinese names here at Emerson,” Pan said in an interview. “[The pronunciation sheet] is better than not having any type of help, since there are many Chinese characters to remember.”

Wilson said he introduced the pronunciation sheet at a monthly faculty meeting with the journalism department.

“It was pretty brief. I would have liked to spend more time on it, but the faculty meetings are pretty packed usually with different things we need to cover,” Wilson said. “The Chinese pronunciation sheet was something I brought up at the end of the meeting. I passed it out and went through it quickly with them.”

Wilson said most of the journalism faculty were happy to have the pronunciation sheet and some have it pinned on the outside of their office doors.

Assistant Express Editor Anissa Gardizy did not edit this article due to a conflict of interest.