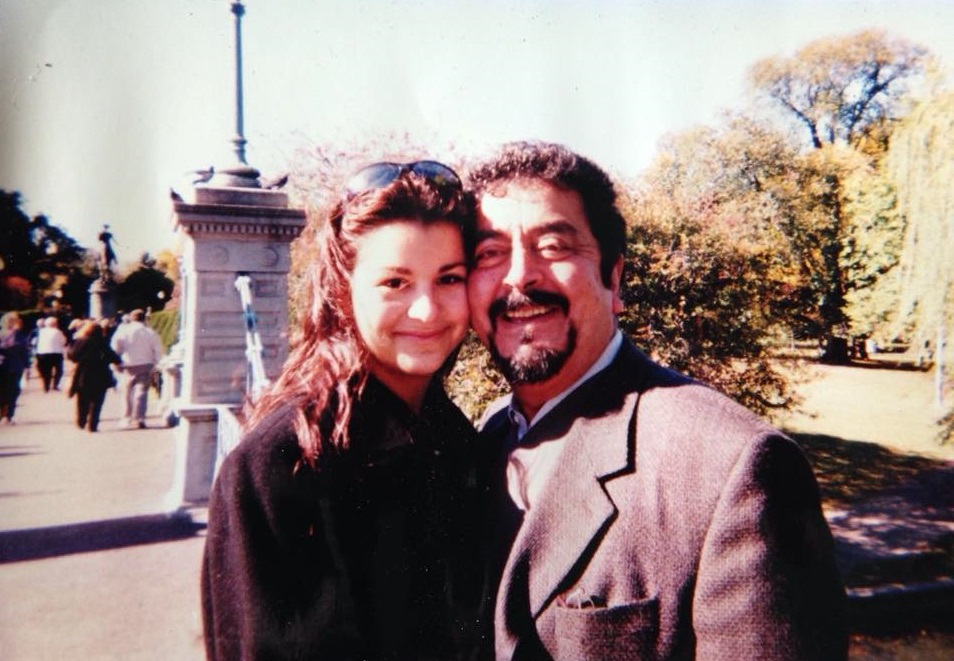 Afghan royalty, class of 2004, reflects on country’s legacy in wake of American withdrawal

Like many of her Emerson peers, Alia Seraj ‘04 has witnessed the United States’ intervention in Afghanistan for nearly all her adult life. Yet her connection to the far-off Central Asian country is stronger and deeper than the war—and it belies generations of royalty and ruin.

“American and Afghan, I always called myself a ‘Half-ghan,’” Seraj said. “It’s such a big part of my history and my family and my personality.”

Seraj’s father, the late Prince Abdul Ali Seraj, was part of a storied family whose ranks included kings, emirs, and shahs. A grandson of Habibullah Khan, who ruled Afghanistan in the early 20th century, the elder Seraj witnessed the removal of the monarchy in a 1973 coup. Four years later, the Soviet Union invaded the country with the goal of establishing a communist regime—with the prince and his family fleeing to the United States.

“My mom was forbidden from leaving the country, my dad was on a hit list,” Seraj said. “They got out of the country into Pakistan, and from there they flew to America—with not much more than $500 and the clothes on their back.”

Ten years later, while Seraj was in elementary school, the Soviets withdrew from Afghanistan; the country’s moniker, the “graveyard of empires,” rang true as the U.S.S.R. collapsed two years later. In their wake, a group of Islamic fundamentalists—once funded by the U.S.—took power in the country.

As Seraj prepared to go off to college—eventually settling on Emerson’s marketing communications program—the Taliban was implementing a strict, conservative version of Sharia law. Her family could only watch from afar as Afghanistan’s new rulers instituted archaic punishments, restricted women’s rights, and, in a fateful turn, harbored terrorist groups such as al-Qaida.

“It’s gone from tentative hope, to a lot of hope, to frustration, to devastation,” Seraj said of her family’s perspective on her ancestral home. “That is really what’s marked the time since that day in September, sitting in the Little Building at Emerson.”

Seraj’s family had been living in the U.S. for nearly two decades when Afghanistan—once a name relegated to the footnotes of the Cold War—became permanently burned into the American public consciousness.

“I called my dad from my dorm room the second I woke up early that day—and saw the plane hit the towers,” Seraj said. “My dad just knew something was going to happen back in Afghanistan, even in those moments.”

The 9/11 attacks, perpetrated by the same jihadist group given protection by the Taliban, portended a new American attitude towards the Middle East—and, more particularly, to Seraj’s home.

“To hear my dad say that, it shattered me,” she added.

However, as the drumbeat for retribution intensified in the aftermath of the attack, the self-described “rebellious” princess did the exact opposite. While then-President George W. Bush prepared to invade Afghanistan, Seraj marched from Copley Square to Harvard Square, in unison with thousands of Boston-area college students, protesting the war.

“My intention was to make sure that whoever we were fighting, whoever we called our enemy, they weren’t Afghans in general—that people understood that Afghans have a rich humanity behind them,” she said. “So I took the microphone from the organizer of the march, and I stood in the middle of Harvard Square. And instead of what my dad told me to do, I said, ‘My name is Alia Seraj, and I am an Afghan.’”

“That was the scariest moment of my life,” she continued. “But I knew at that moment, no matter what happened—if Afghanistan rose or fell—I needed people to understand that the people of Afghanistan and the war in Afghanistan were two very different things.”

After the U.S. and its allies toppled the Taliban and installed a Western-style democracy in Afghanistan, Seraj hoped that her country had entered a new era. Though the threat of insurgency remained, her family was able to return for the first time since the 1970s and witness the democratic experiment—Prince Seraj even mounted an abortive bid for the presidency, advocating for a restoration of the country’s traditional tribal structure.

Yet in the past twenty years, in which Afghanistan has oscillated from front page news to background noise, the Taliban was never decisively defeated. After President Joe Biden announced America’s withdrawal from its longest war, they reassumed control over the country with a swiftness that surprised even government officials—ensuring the collapse of the state that Seraj had once seen as a beacon of hope.

“We’ve had a generation of women who thought that their time was now, that they could grow up with the future, pursue higher education and build businesses,” she said. “We are watching that being taken away in a matter of days. It is an entirely helpless feeling.”

With the effective dissolution of the Afghan state overnight comes a mass exodus of refugees seeking to flee the country—many of them fearing violent reprisals from the Taliban after having cooperated with Western militaries or organizations. Before the withdrawal on Aug. 31, the U.S. and its allies were able to evacuate around 120,000 individuals, although The Wall Street Journal reported that “a majority” of Afghan interpreters and others cleared for U.S. visas had been left behind in the evacuation.

“This is the second time in a single turn of a generation that you have millions of Afghans wanting to leave the country behind, because of foreign powers and the destruction of their homeland,” Seraj said. “What is so heartbreaking now is that we can all bear witness to [this crisis]. In 1978, there were no cameras watching 300,000 people leave Afghanistan in the middle of the night.”

In spite of the intense emotions elicited by the collapse of a dream, Seraj said that she wasn’t worried about the “partisan” political implications of the withdrawal in the U.S. Instead, she said, the international community should be focused on a singular goal.

“You can talk for hours about everything that went wrong, but it’s really important to not just point a finger at any one person or administration,” she said. “Things have gone wrong and people have been making mistakes for 40-plus years; there is enough blame to go around. So rather than point fingers and continue to make any of this partisan on both sides of the aisle, we need to step up and be accountable for our joint efforts and failures and really turn our focus on how do we now help the most vulnerable people?”

For the thousands of newly-displaced Afghans, Seraj said that the American public had a responsibility to support refugees however possible. She stressed that people hoping to alleviate the plight of refugees should donate to established, reputable refugee organizations, such as Charity Navigator, Women for Afghan Women, and the International Refugee Assistance Project.

“We don’t want to send money blindly into Afghanistan right now, because we just don’t know where it’s going to go,” she said.

Most important, though, Seraj said that people needed to continue to advocate for Afghans and for Afghanistan.

“Don’t let the news cycle die on this,” she said. “Call your state and local representatives, and government officials. Make sure they understand that we as Americans want to welcome Afghan refugees—especially those who have stood by and served with our armed forces for twenty years, and their families. They are an asset.”

“I’d like to think that my dad and my family who came here and all built businesses and have contributed to society and raised our own families here are proof of the asset of immigration,” Seraj continued. “Especially when you know, otherwise, there is just no future.” 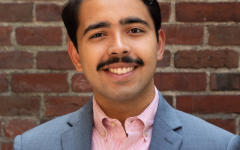 Camilo Fonseca is a content managing editor for The Beacon's campus coverage. He joined The Beacon as a correspondent, helping cover the 2020 presidential election and exploring COVID-19's effect on campus life, local businesses, and politics, before going on to serve as news editor. Camilo has also contributed to The Boston Globe, as a metro/express correspondent. Hailing from Tampa, Fla., Camilo is currently a junior journalism major with a minor... 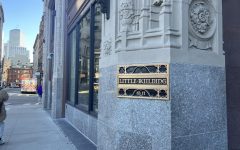 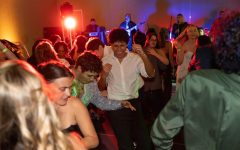 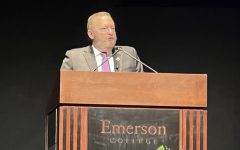 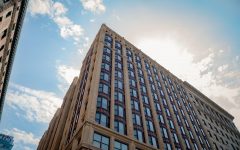